Home » Countries » USA » What Beaches in Florida Have Clear Water

Florida is the southernmost state in the United States. It also has the longest coastline in the United States. Florida is considered to have one of the best beaches in the world and is a major tourist attraction. Florida has beaches with crystal clear water, both on the Atlantic Ocean and on the Gulf of Mexico. Southwest beaches on Longboat Key, Siesta Key and Anna Maria Island, as well as northwest beaches on Panama City Beach, Destin, Pensacola, and Fort Walton Beach, are most likely to have clear water on any day. 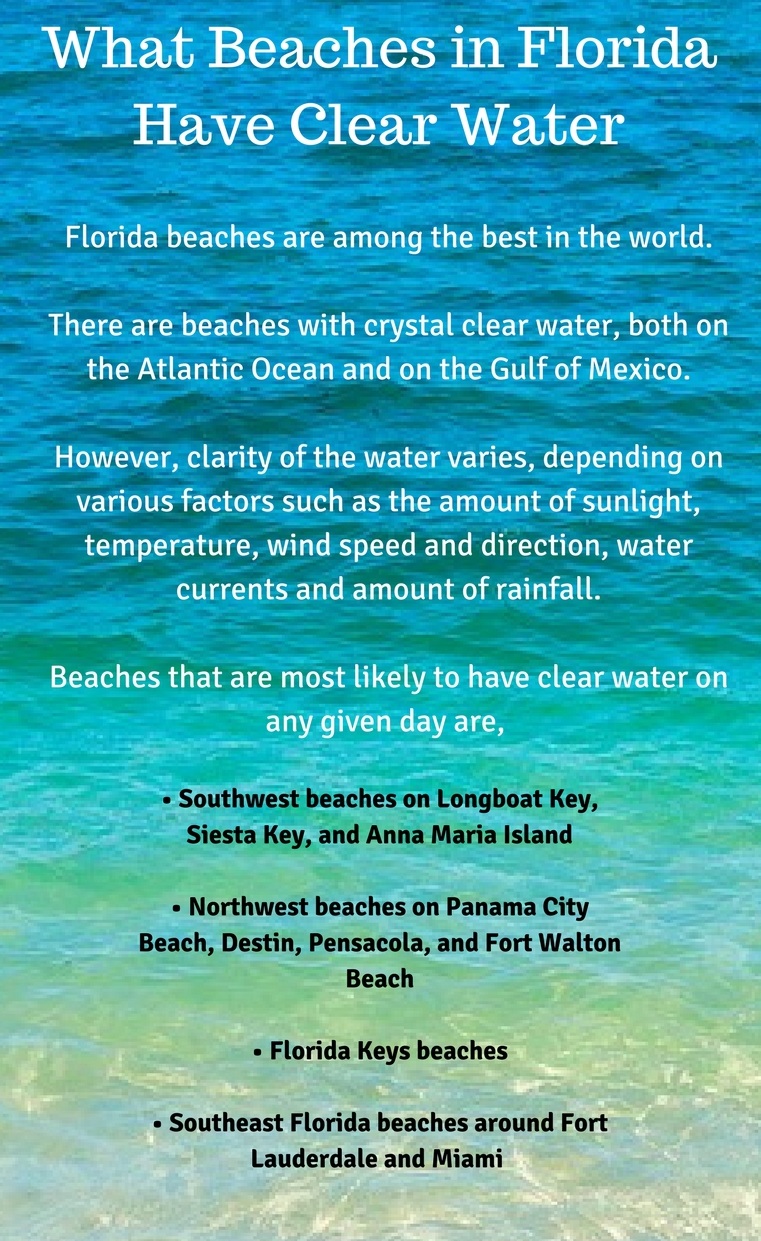 Florida, having a coastline of 1,200 miles, is the southernmost state in the United States. It is bordered to the west by the Gulf of Mexico, to the east by the Atlantic Ocean, to the northwest by Alabama, to the north by Georgia, and to the south by the Straits of Florida. Approximately two-thirds of this state is in the peninsula between the Atlantic Ocean and the Gulf of Mexico. Therefore, Florida has a large number of beaches.

What Beaches in Florida Have Clear Water

Florida has stunning beaches with crystal clear water, both on the Atlantic Ocean and on the Gulf of Mexico. However there are also some beaches with murky waters; the main reason for murky water is stirred-up sediments caused by water action due to storm swells or waves, or from sediments carried into the ocean from rivers. 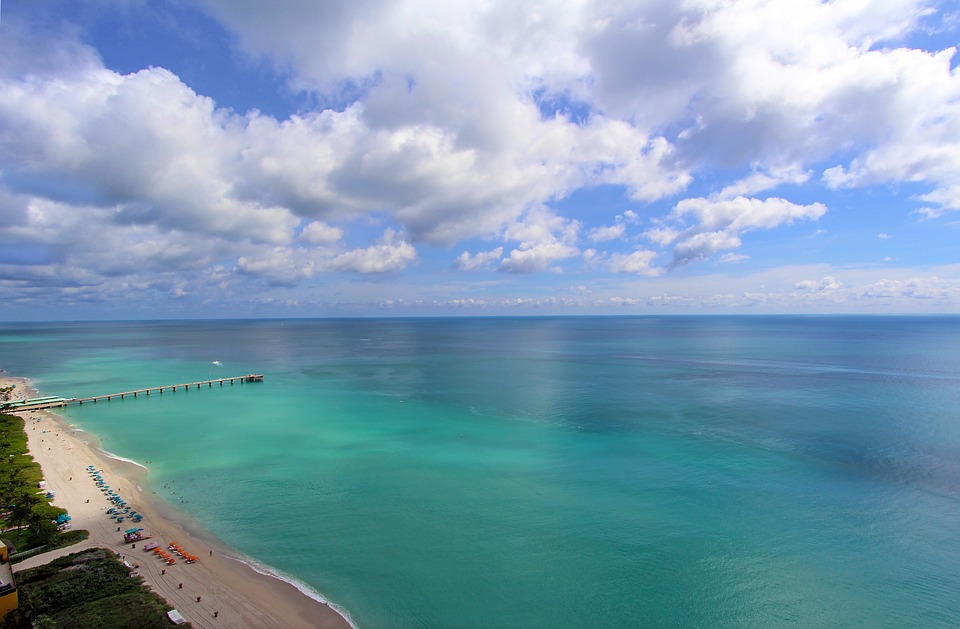 Clarity of the water varies from day to day or week to week, depending on various factors such as the amount of sunlight, temperature, wind speed and direction, water currents and amount of rainfall. However, some beaches are most likely to have clear water than others. Southwest beaches on Longboat Key, Siesta Key, and Anna Maria Island, as well as northwest beaches on Panama City Beach, Destin, Pensacola, and Fort Walton Beach, are the most likely beaches to have clear water on any day. Furthermore, Florida Keys beaches and Southeast Florida beaches around Fort Lauderdale and Miami also tend to have clear water.

What are Some Best Beaches in Florida

Given below are some beaches that have been dubbed as the best beaches by many tourists as well as travel magazines and websites.

This is a 1-mile shore on the Gulf Coast in Walton County. Situated next to the Grayton Beach State Park, this beach is not well known among tourists; thus is ideal for nature lovers and those who like to stay away from crowds.

Known as the “Wreck Diving Capital of the South”, Andrews beach is frequented by surfers, divers, and nature lovers. The 27 miles of white-quartz sand shoreline as well as the blue waters offer much to explore. This beach also includes a natural, tidal basin with calm-water, which is perfect for children.

Caladesi Island is a 3.5-mile-long island, 3 miles off the coast in the Gulf of Mexico. This is only accessible by ferry from nearby Honeymoon Island State Park. This is a completely untouched island with a pristine beach and turquoise waters.

This is an 8-mile stretch of beach on a barrier island off the southwest coast of Florida. This beach has three separate areas: Siesta Public Beach, Crescent Beach and Turtle Beach. Each of these areas offers different things to different people. Siesta Public Beach with shallow waters is best for families, while Turtle Beach which offers a variety of activities such as fishing, hiking, playgrounds, and volleyball courts are ideal for those who like sports.

This pristine beach with clear waters, soft sand, and gentle lapping waves is known as for its spectacular shelling. Snorkeling, kayaking and bird watching are some of the activities available here.

Now that you know which beaches in Florida have clear waters and which beaches are considered the best, you can visit them in your visit to Florida and enjoy the multitude of activities they offer.