What Does Tragic Flaw Mean

Tragic flaw is a trait in a character which leads to his or her demise. This concept of tragic flaw is often found in tragedies. Heroes of tragedies often showcase such tragic flows. Qualities such as jealousy, ambition, hubris (excessive pride and arrogance), ignorance, and vanity can be portrayed as a tragic flaw of a character.

It is important to note that a tragic flaw can also seem like a positive quality at the beginning. For example, imagine that a certain character always sticks to his principles; though this seems to be a good quality, this might turn out to be a fatal error later in the story.

Tragic flaw has played an important role in literature, even during Greek mythology and drama. In Greek drama and mythology, a tragic flaw is given to a character by the God. For example, in Greek mythology, Apollo gives Cassandra the ability to predict the future, yet not being believed by anyone. This proves to be her tragic flaw.

Examples of Tragic Flaw in Literature

Sophocles’ tragic hero Oedipus also has a tragic flaw. It is his hubris of Oedipus that makes him disobey the gods’ prophecy. Ironically it is his attempt to defy the prophecy that results in the fulfillment of the prophecy.

“Aye, and on thee in all humility
I lay this charge: let her who lies within
Receive such burial as thou shalt ordain….
But for myself, O never let my Thebes,…
The burden of my presence while I live….
God speed thee! and as meed for bringing them
May Providence deal with thee kindlier
Than it has dealt with me…
His will was set forth fully—to destroy
The parricide, the scoundrel; and I am he…
But I am the gods’ abhorrence.” 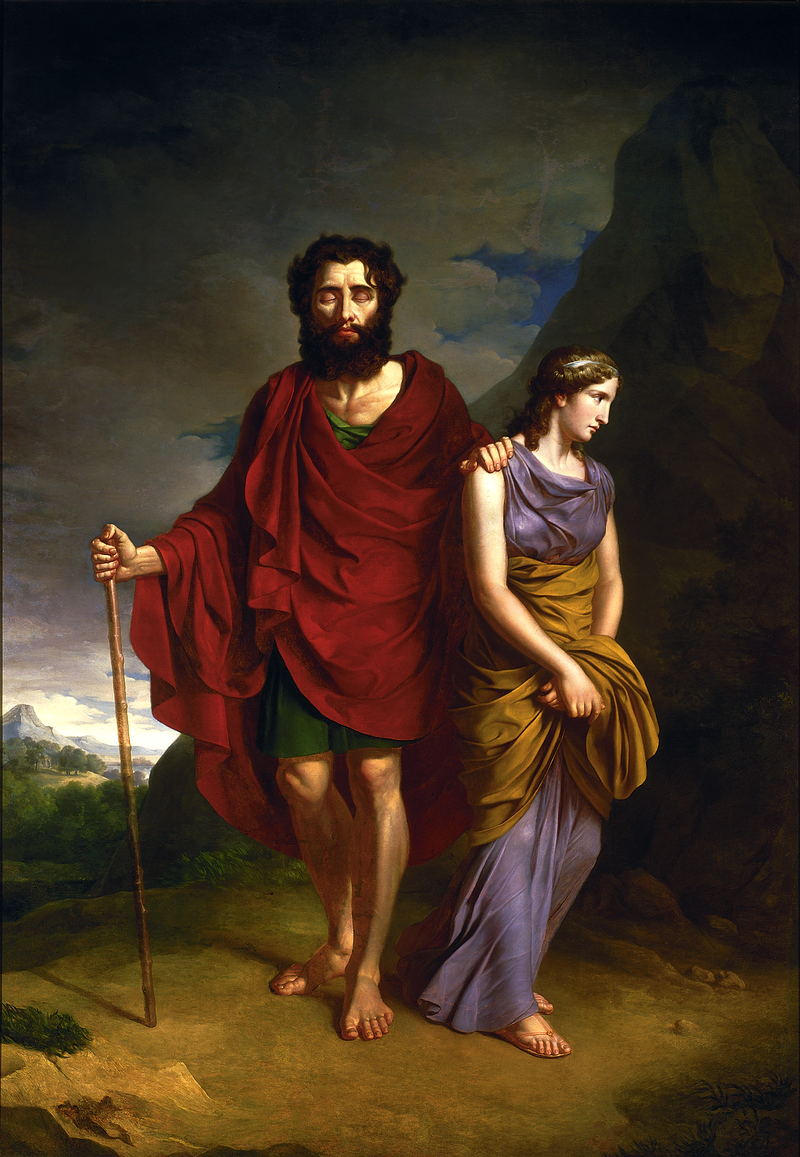 The following excerpt from Shakespeare’s Hamlet reveals the tragic flaw of the protagonist. It is Hamlet’s indecisiveness that ultimately leads to his downfall.

“To be, or not to be–that is the question:
Whether ’tis nobler in the mind to suffer
The slings and arrows of outrageous fortune
Or to take arms against a sea of troubles
And by opposing end them. To die, to sleep…
No more; and by a sleep to say we end
The heart-ache and the thousand natural shocks
That flesh is heir to, ’tis a consummation
Devoutly to be wish’d. To die, to sleep;……”

In Shakespeare’s’ Macbeth, ambition turns out to be the fatal flaw of Macbeth. At the beginning of the play, Macbeth is a celebrated war hero. But his ambition brings about his downfall.

The Prince of Cumberland! That is a step
On which I must fall down, or else o’erleap,
For in my way it lies. Stars, hide your fires;
Let not light see my black and deep desires:
The eye wink at the hand; yet let that be
Which the eye fears, when it is done, to see.

In Shakespeare’s Othello, jealousy is the tragic flaw of the protagonist. Jealousy and distrust prompt Otello to kill his beloved wife, Desdemona.

“Oh, beware, my lord, of jealousy!

It is the green-eyed monster which doth mock

The meat it feeds on.”