Home » Language » English Language » Literature » What is a Caesura in Poetry

What is a Caesura in Poetry

Caesura (also written as cæsura and cesura) indicates a strong pause in poetry. It is a rhythmic pause found within a line. Poets indicate caesura with a parallel symbol (||). This creates two separate parts which are discernible from one another yet basically linked to one another. Caesura often adds a theatrical touch to a line and conveys a depth of sentiment in a short phrase.

Based on the position of a line:

I loked on my left half || as þe lady me taughte 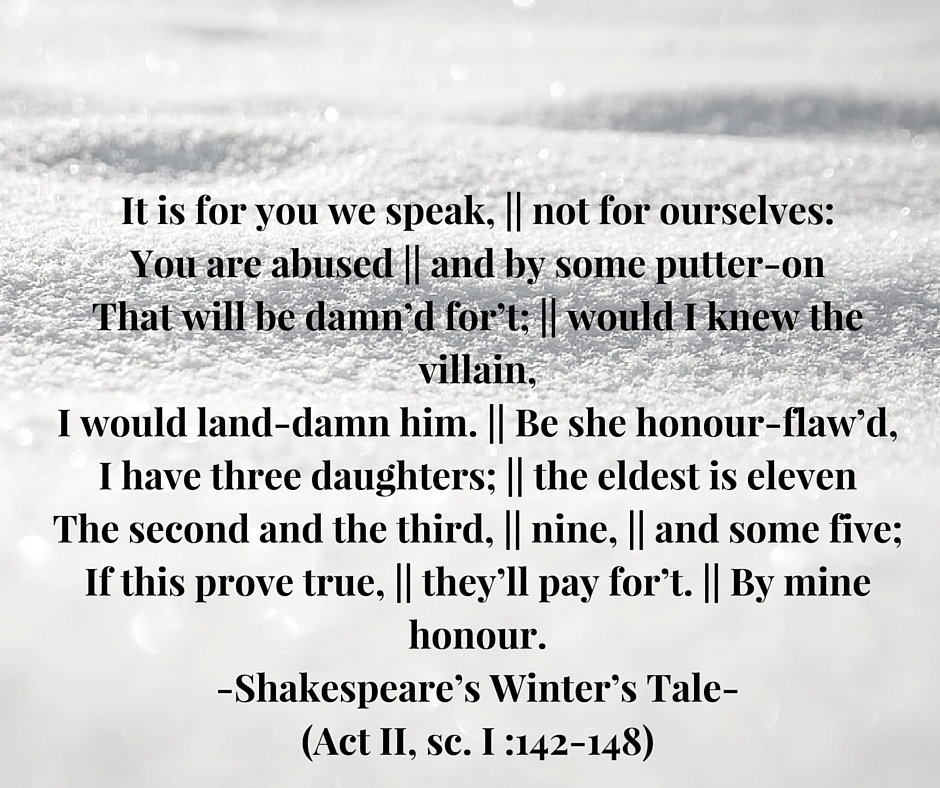 Masculine caesura is a pause that occurs after a stressed syllable. It creates a staccato effect in the poem. Given below is an example from Emily Dickinson’s I’M Nobody! Who Are You?

Feminine caesura is a pause that follows an unstressed syllable. This is softer and little less abrupt than the masculine caesura. Given below is an example from Shakespeare’s The Winter Tales.

It is for you we speak, || not for ourselves:
You are abused || and by some putter-on
That will be damn’d for’t; || would I knew the villain,
I would land-damn him. || Be she honour-flaw’d,
I have three daughters; || the eldest is eleven

Examples of Caesura in Literature

Given below are some more examples of caesura in poetry. Caesura is marked by ||. (Note that the original work does not include these marks.)

Once upon a midnight dreary, || while I pondered weak and weary,
Over many a quaint and curious || volume of forgotten lore,
While I nodded, nearly napping, || suddenly there came a tapping,
As of someone gently rapping, || rapping at my chamber door.
`’Tis some visitor,’ || I muttered, || `tapping at my chamber door –
Only this, and nothing more.’ – Edgar Allen Poe’s

Alas, how chang’d! || what sudden horrors rise!
A naked lover || bound and bleeding lies!
Where, where was Eloise? || her voice, her hand,
Her poniard, || had oppos’d the dire command.
Barbarian, stay! || that bloody stroke restrain;…
Death, || only death, can break the lasting chain;