The main difference between GPU and Graphic Card is that the GPU is the unit in the graphics card that performs the actual processing of the images and graphics while the graphics card is an expansion card in the device that generates images to display on the output device.

There is a distinct difference between GPU and graphics card even though these two terms are often used interchangeably. The main task of the graphics card is to present images on the display unit. GPU is a unit located in the graphics card. It performs actual computations related to graphics. It handles high-resolution graphics processing tasks and consists of multiple cores with small instructions sets. GPU reduce the workload of the main processor. 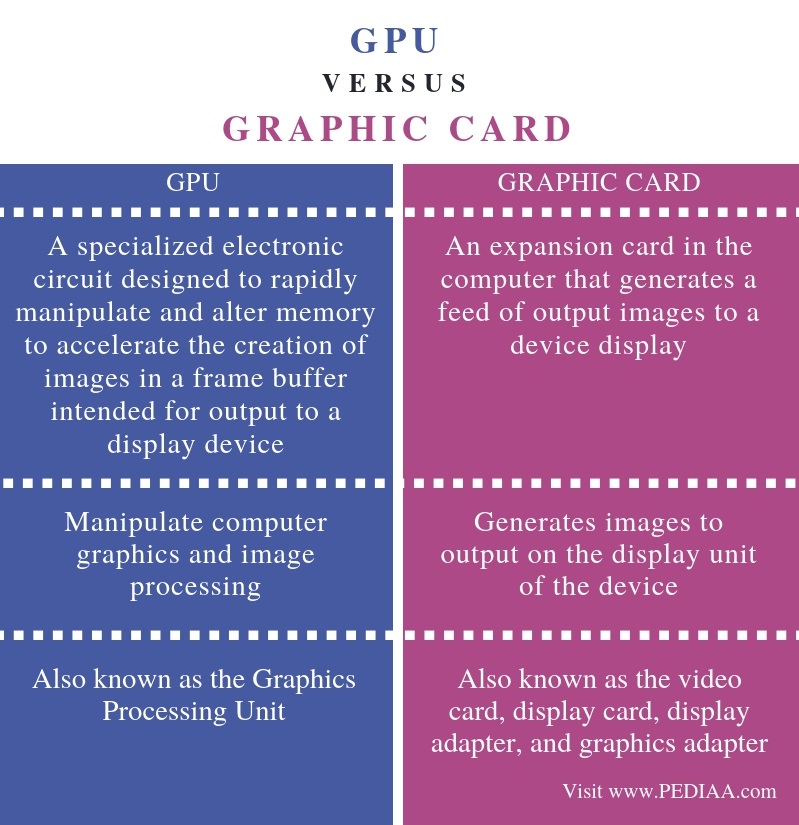 What is a CPU

All the functionalities of a computer are handled by the CPU, which stands for Central Processing Unit. Most CPUs can execute multiple instructions at a time. The user can perform tasks such as browning, spreadsheet calculations, listening to music, playing video games, etc. simultaneously with the help of the CPU. To avoid the overload of the CPU, there are special processors called coprocessors. A coprocessor supports the functionalities of the CPU. One type of coprocessor is the GPU.

What is a GPU

GPU stands for Graphics Processing Unit. Its main task is to render graphics. Graphics in a computer are represented using mathematical concepts such as matrixes. Therefore, the GPU is capable of performing a large number of calculations simultaneously. It has identical computing units that can solve similar mathematical functions. 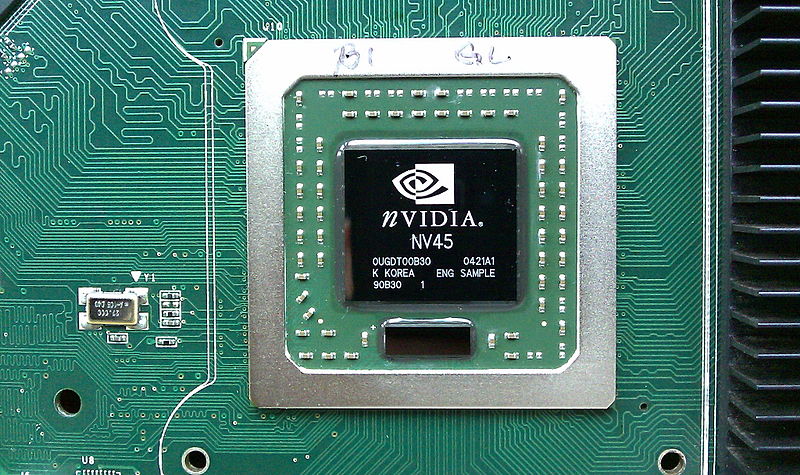 What is a Graphics Card

Graphics card is also known as display card, video card etc. It is an expansion card in the device that generates images to display on an output device such as a computer monitor. The graphics card is made in the form of a Printed Circuit Board (PCB) and can be integrated to the motherboard. 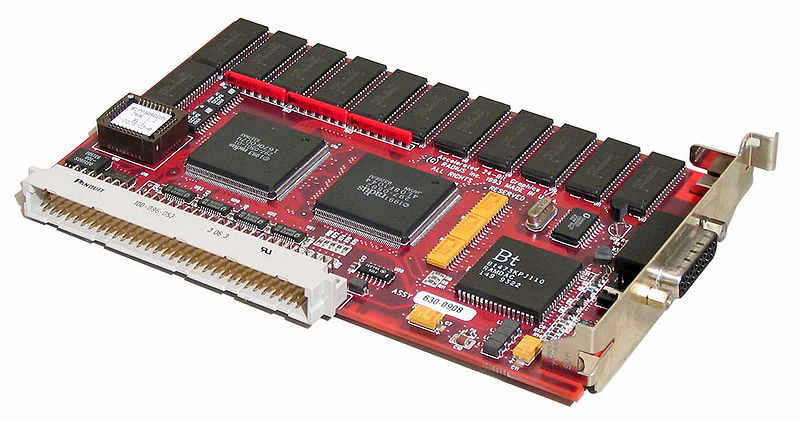 The resolution and the refresh rate are two important factors when considering graphics. The resolution refers to the number of pixels used to display the image while the refresh rate refers to the number of times the image is redrawn within a second.  The graphics card consists of a specialized processor known as the GPU to perform the graphics calculations. Overall, the graphics card performs the display functionalities and release the main CPU to perform other tasks.

Relationship Between GPU and Graphic Card

Difference Between GPU and Graphic Card

GPU is a specialized electronic circuit designed to rapidly manipulate and alter memory to accelerate the creation of images in a frame buffer intended for output to a display device. Graphics card is an expansion card in the computer that generates a feed of output images to a device display and consists of a GPU.

GPU is a unit in the graphics card that manipulate computer graphics and image processing. The graphics card generates images to output on the display unit of the device. This is the main difference between GPU and Graphic Card.

GPU is a coprocessor that is located inside the graphics card. The difference between GPU and Graphic Card is that GPU is the unit in the graphics card that performs the actual processing of the images and graphics while graphic Card is an expansion card in the device that generates images to display on the output device.