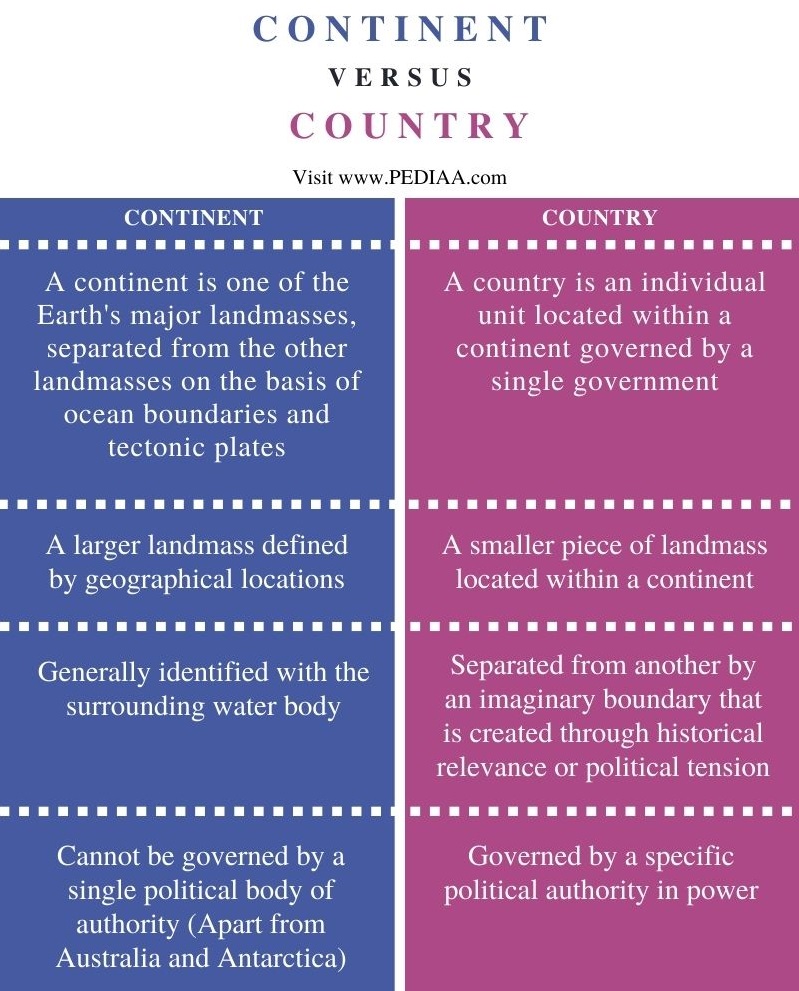 What is a Continent?

When geographers identify a continent, they consider all the islands associated with that particular continent. For example, Japan, though a separate country, is part of the Asian continent. Likewise, Greenland and all the other islands in the Caribbean Sea are areas that belong to the continent of North America. 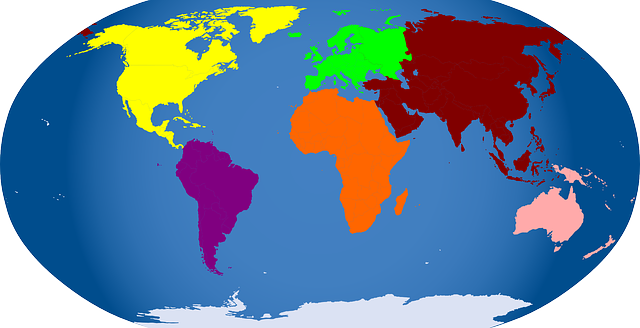 Together, continents cover around 148 million square kilometres of land on Earth’s surface. In brief, continents consist of most of Earth’s land surface. The continental shelves, which are gently sloping areas that spread outward from the beach far into the ocean, generally indicate the actual boundaries of the continents.

What is a Country

A country is a land area within a continent. A country is a single political unit that prevails under a specific government. The land area of one country differs from the land area of another. Similar to continents, some countries are larger, but some are smaller in landmass. Australia, China, Brazil, Canada, the United States, and Russia are the largest countries in the world. On the contrary, the world’s smallest country is Vatican City, and it consists of a land area of less than 2.6 square kilometres.

Similarities Between a Continent and a Country

Difference Between a Continent and a Country

A country is an individual unit located within a continent governed by a single government, while a continent is one of the Earth’s major landmasses, separated from the other landmasses on the basis of ocean boundaries and tectonic plates.

A continent is a larger landmass defined by geographical locations while a country is a smaller piece of landmass located within the continent.

Generally, most countries have imaginary boundaries whereas the boundaries of a continent is the ocean.

A country is governed by a specific political authority in power. They are responsible for the betterment of the country. However, except for the continents of Australia and Antarctica, a continent cannot be governed by a single political body of authority.

The main difference between a continent and a country is that a country is an individual unit of land located within a continent and is governed by a single government, while a continent is a culmination of all the countries separated from the other landmasses on the basis of ocean boundaries and tectonic plates. Furthermore, a country originates as a result of historic battles, political tensions, faiths,  or unity among tribes, while the formation of continents is natural, with the geographical evolution of  Earth.