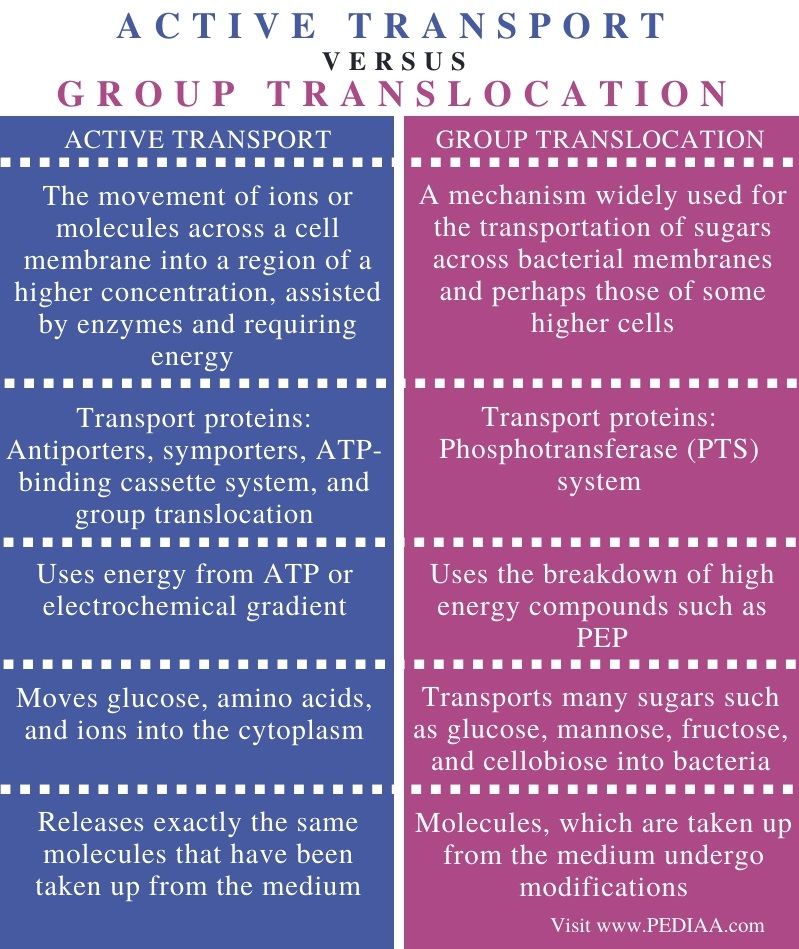 What is Active Transport

On the other hand, secondary active transport relies on the electrochemical gradient of the ions on either side of the plasma membrane to transport molecules. That means; it uses the energy released by transporting one type of molecules through its concentration gradient to transport another type of molecule against the concentration gradient. Hence, transmembrane proteins involved in secondary active transport are cotransporters. Basically, the two types of cotransporters are symporters and antiporters. Of these, symporters transport both molecules in the same direction. Also, sodium-glucose cotransporter is a type of symporter. In the meanwhile, antiporters transport the two types of molecules to opposite directions. Here, the sodium-calcium exchanger is an example of an antiporter. 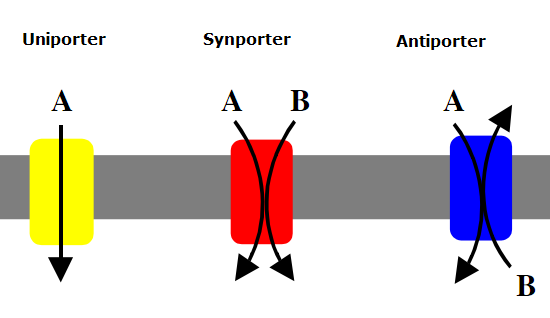 What is Group Translocation

Group translocation is a unique type of active transport, using energy from the energy-rich organic compounds other than ATP. However, it differs from other cotransporters and the ABC system as molecules transported by group translocation undergo chemical modifications. In general, one of the commonest examples of such group translocation is the phosphotransferase (PTS) system in bacteria. Here, it is responsible for the sugar uptake while using energy from phosphoenolpyruvate (PEP), which is an energy-rich molecule. Usually, it is a multi-component system, which uses enzymes of the plasma membrane. 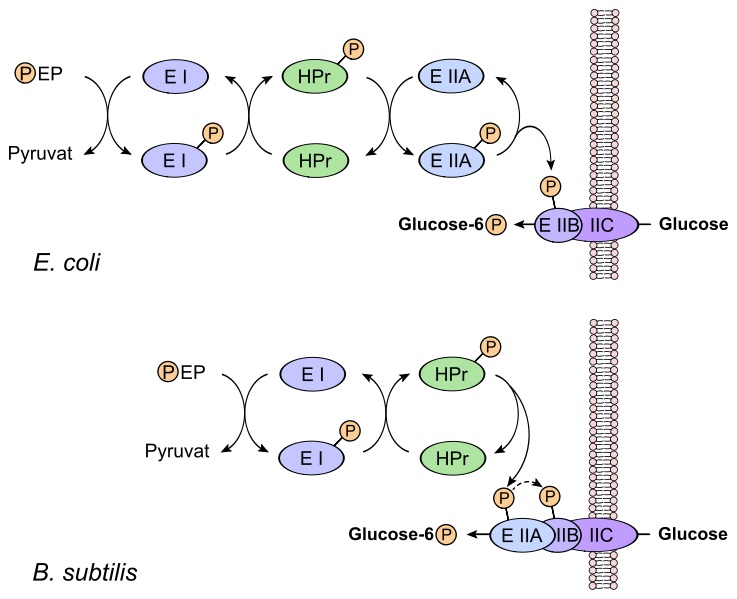 Furthermore, after the translocation through the cell membrane, the transported molecules undergo modifications in the group translocation. Normally in the PTS system, a phosphate group is transferred from PEP to the transporting sugar. Besides, some of the sugars, which undergo translocation include glucose, fructose, mannose, and cellobiose.

Active transport refers to the movement of ions or molecules across a cell membrane into a region of a higher concentration, assisted by enzymes and requiring energy. On the other hand, group translocation refers to a mechanism widely used for the transportation of sugars across bacterial membranes and perhaps those of some higher cells.

Active transport uses energy from ATP or electrochemical gradient, while group translocation uses the breakdown of high energy compounds such as PEP.

Active transport moves glucose, amino acids, and ions into the cytoplasm, while group translocation transports many sugars such as glucose, mannose, fructose, and cellobiose into bacteria.