Alpha-amylase and alpha-glucosidase are two types of digestive enzymes that involve in the digestion of dietary carbohydrates into glucose. Both enzymes work on (1→4)-α-linkages. 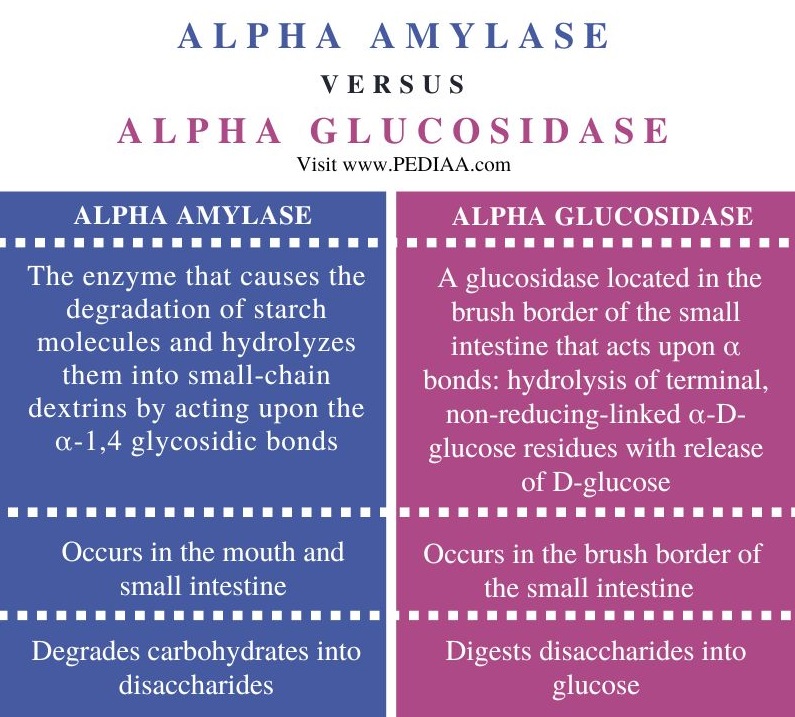 What is Alpha Amylase 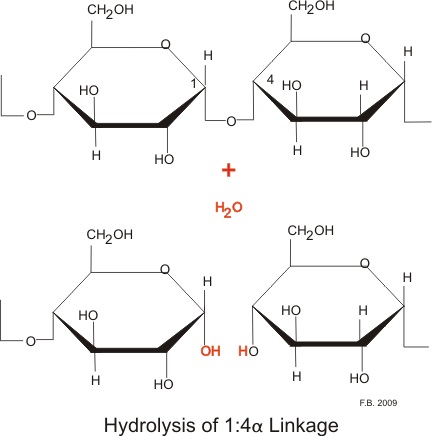 Figure 1: Hydrolysis of 1-4 linkage by Alpha-Amylase

Apart from the mouth, alpha-amylase occurs more prominently in the pancreatic juice. Usually, salivary amylase digests large, insoluble starch in the food into soluble starches such as amylodextrin, erythrodextrin, and achrodextrin. However, these small starches further digest into maltose by the Alpha-amylase in the saliva. The salivary alpha-amylase acts on linear α(1,4) glycosidic linkages. Also, salivary alpha-amylase is inactivated by the gastric pH in the stomach. Pancreatic α-amylase randomly cleaves the α(1-4) glycosidic linkages of amylose to yield dextrin, maltose, or maltotriose.

What is Alpha Glucosidase

Alpha-amylase refers to the enzyme that causes the degradation of starch molecules and hydrolyzes them into small-chain dextrins by acting upon the α-1,4 glycosidic bonds while alpha-glucosidase refers to a glucosidase located in the brush border of the small intestine that acts upon α bonds: hydrolysis of terminal, non-reducing-linked α-D-glucose residues with release of D-glucose.