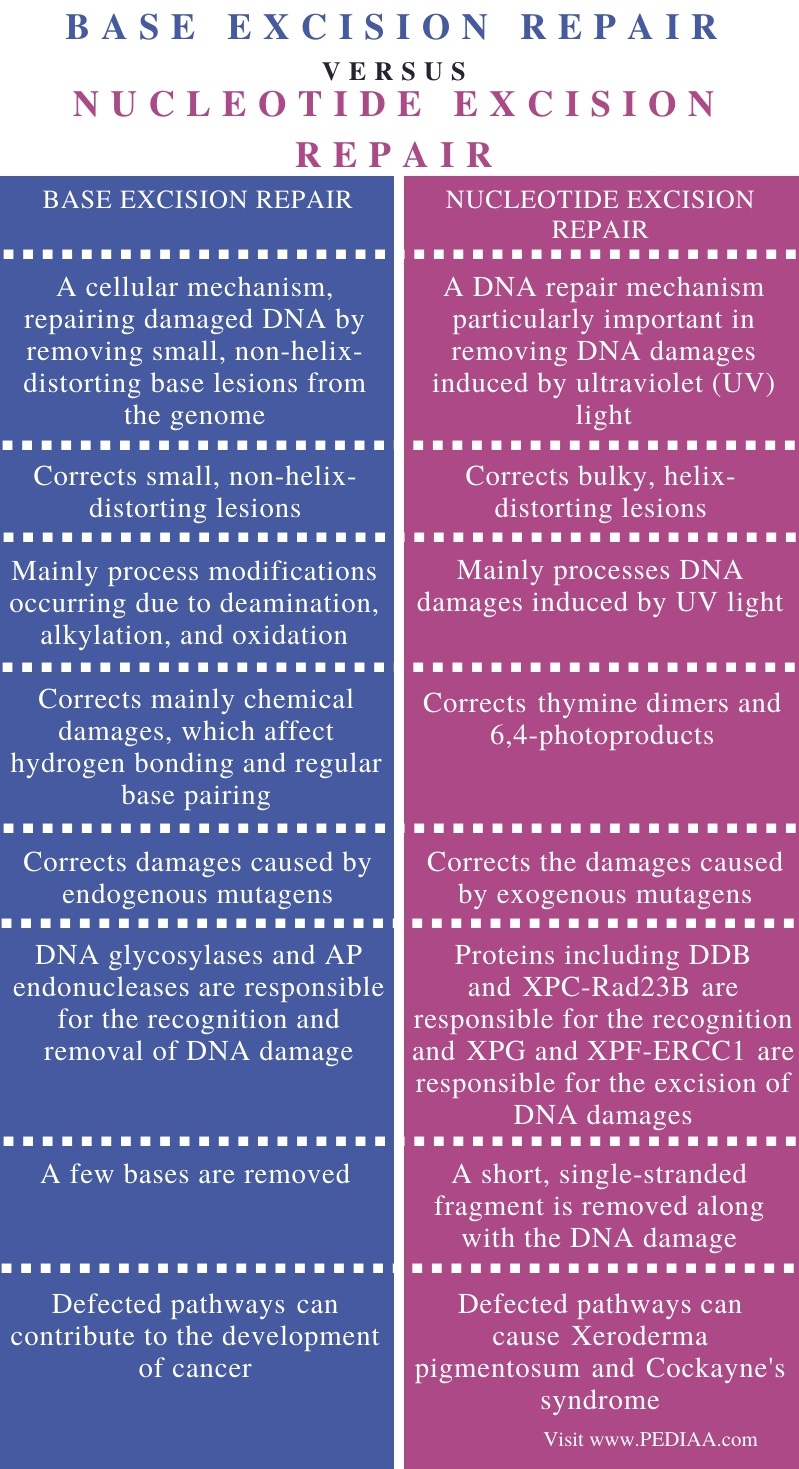 What is Base Excision Repair

Base excision repair (BER) is one of the excision repair mechanisms, removing small, non-helix-distorting DNA damages caused by chemical agents or mutagens. Therefore, one of the main significant features of base excision repair is that it repairs small lesions. Here, this type of lesions affects the hydrogen bonding and base pairing of complementary bases in the DNA. Thereby, they may result in mutations by mispairing, or it may lead to breaks of the DNA during replication. Generally, the three mechanisms of chemical damages of DNA, resulting in single-base changes are alkylation, deamination, and oxidation. 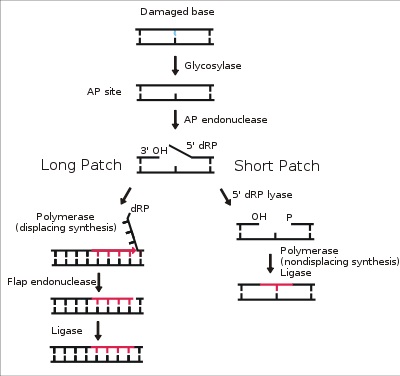 Furthermore, DNA glycosylases are the enzymes responsible for the initiation of base excision repair by recognizing DNA damages, forming an AP site by flipping the damaged base out of the double helix. Then, AP endonuclease cuts the AP site, leaving a 3′ OH adjacent to a 5′ deoxyribose phosphate (dRP). After that, the resulting single-strand break may proceed either as a short-patch, replacing a single nucleotide or as a long patch, replacing 2-10 nucleotides. Subsequently, the pol β is responsible for catalyzing short-patches while pol δ and pol ε are responsible for catalyzing long-patches. For instance, the flap endonuclease, FEN1 removes the 5′ flap generated in the long-patches. Finally, DNA ligase III seals the nick in short-patched, while the DNA ligase I seals the nick in long-patches.

What is Nucleotide Excision Repair 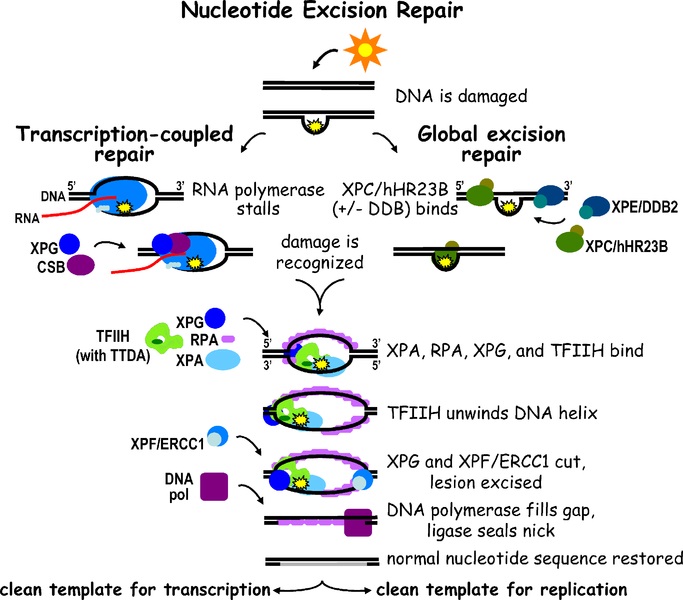 Moreover, there are two pathways of nucleotide excision repair. They are global genomic NER (GG-NER or GGR) and transcription-coupled NER (TC-NER or TCR). Here, the main difference between the two pathways is how they recognize DNA damages. However, both pathways proceed similarly in excision of the damage, repair, and ligation. Basically, in global genomic NER, DNA-damage binding (DDB) and XPC-Rad23B complexes are responsible for the recognition of DNA damages. On the other hand, in the transcription-coupled NER, the repair mechanism initiates when RNA polymerase stalls at a lesion in DNA. Subsequently, TFIIH is the enzyme responsible for the dual incision and XPG and XPF-ERCC1 excise the lesion. Finally, after the restoration of the original nucleotide sequence by pol δ, ε and/or κ, DNA ligase I and FEN1 or DNA ligase III seal the nick.

Excision of the DNA Damage

Removal of the DNA Damage