Cellular DNA is subjected to damages by both exogenous and endogenous processes. Generally, human genome may undergo millions of damages per day. The changes in the genome cause errors in gene expression, producing proteins with altered structures. Proteins play a major role inside the cell by involving in cellular functions and cell signaling. Therefore, DNA damages may cause non-functional proteins that ultimately lead to cancers. In addition, the changes in the genome may pass to the next cell generation, becoming permanent changes known as mutations. Therefore, it is critical to repair DNA damages, and a number of cellular mechanisms are involved in this process. Some of these repair mechanisms include base excision repair, nucleotide excision repair, and double-strand break repair.

1. What are DNA Damages
– Definition, Causes, Types
2. How Can Damaged DNA be Repaired
– Damage Repair Mechanisms
3. What Happens If DNA Damages are Not Repaired
– Cellular Responses for Damaged Cellular DNA 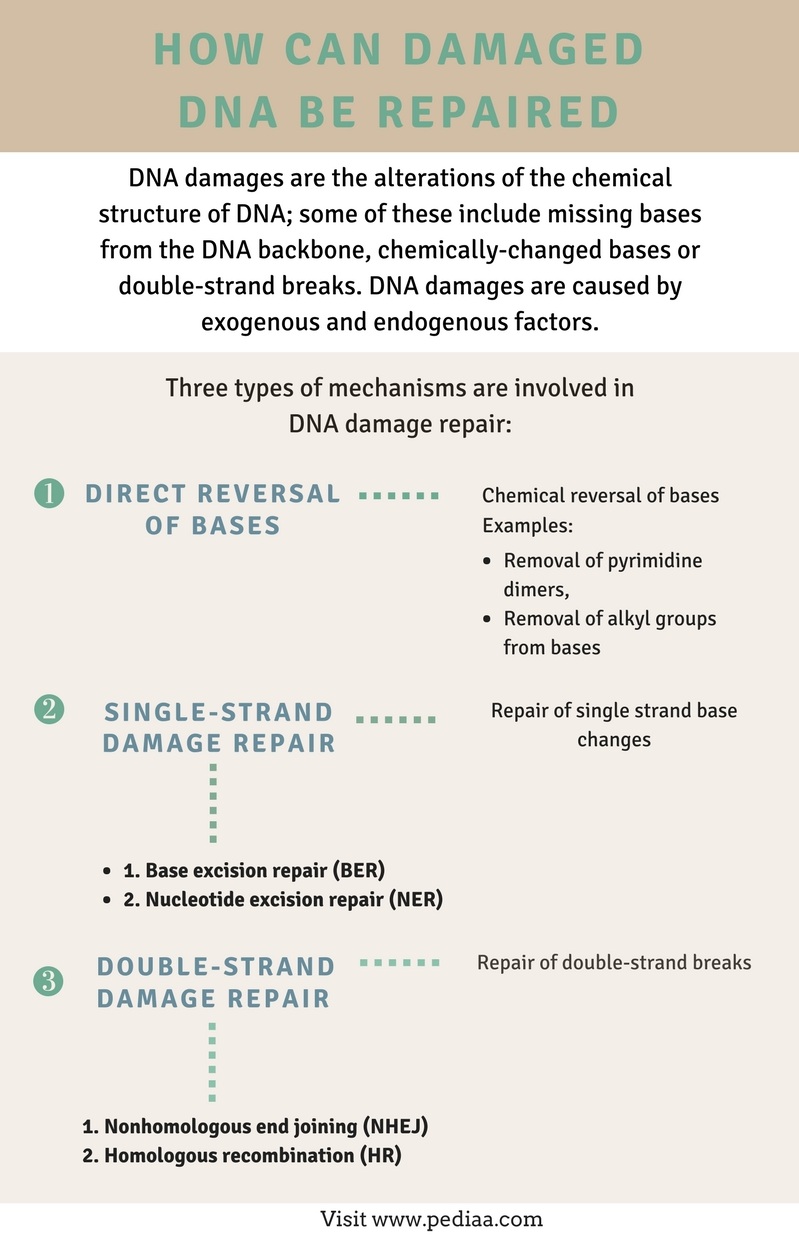 What are DNA Damages

DNA damages are the alterations of the chemical structure of the DNA, including missing base from the DNA backbone, chemically-changed bases or double-strand breaks. Both environmental reasons (exogenous factors) and cellular sources such as internal metabolic processes (endogenous factors) cause damage to DNA. Broken DNA is shown in figure 1. 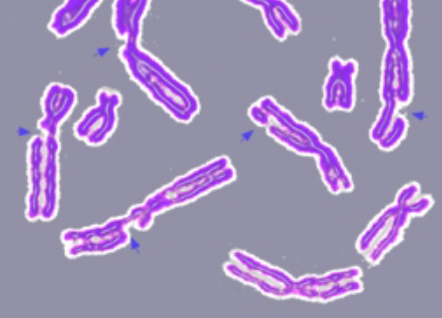 How Can Damaged DNA be Repaired 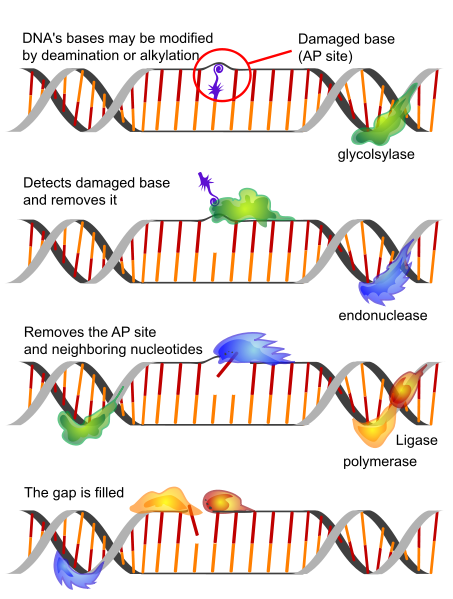 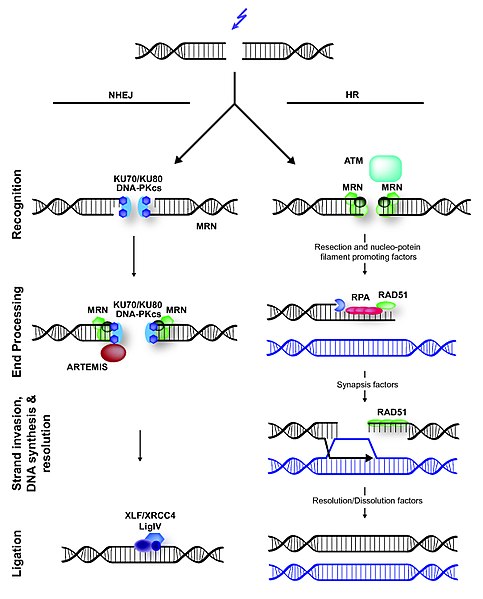 What Happens If DNA Damages are Not Repaired

If the cells lose their ability to repair DNA damage, three types of cellular responses may occur in the cells with damaged cellular DNA.