Mutations are permanent changes of the nucleotide sequence of a particular organism. They may arise due to the errors of DNA replication or external mutagens. The effect of a mutation can be either beneficial or deleterious to the cell. However, cells undergo various types of mechanisms to prevent mutations. DNA polymerase, which is the enzyme involved in DNA replication, is equipped with several mechanisms to prevent errors during DNA replication. During DNA replication, the mispaired bases are replaced by proofreading. Immediately after DNA replication, the remaining mispaired bases are replaced by strand-directed mismatch repair. In addition, the mutations caused by external factors are repaired by several mechanisms such as excision repair, chemical reversal, and double-strand break repair. If the damage is reversible, the cell is subjected to apoptosis in order to avoid passing the faulty DNA to the offspring.

A mutation refers to a permanent and a heritable change in the nucleotide sequence of the genome. Mutations may arise due to the errors of DNA replication or external factors known as mutagens. The three forms of mutations are point mutations, frameshift mutations, and chromosomal mutations. 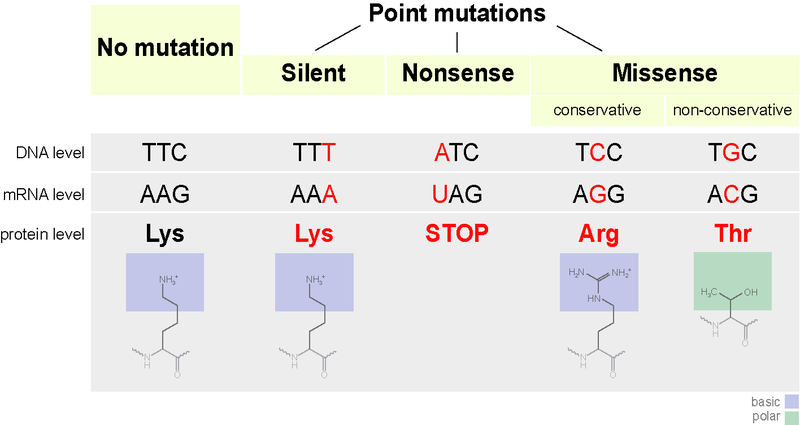 How Does DNA Polymerase Prevent Mutations 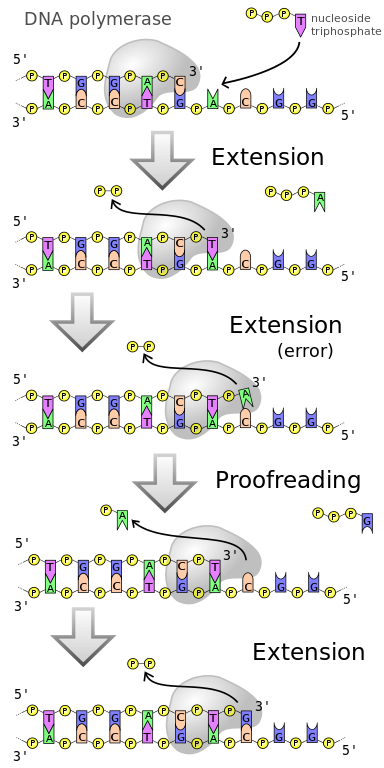 Despite proofreading mechanisms, DNA polymerase may still incorporate incorrect nucleotides to the growing strand during DNA replication. The replication errors that have escaped from proofreading are removed by the strand-directed mismatch repair. This system detects distortion potential in the DNA helix that is due to mismatched base pairs. However, the repair system should identify the incorrect base from the existing base prior to replacing the mismatch. Generally, E. coli depends on DNA methylation system to recognize the old DNA strand in the double helix as the newly-synthesized strand may not undergo DNA methylation soon. In E.coli, the A residue of the GATC is methylated. The fidelity of the DNA replication is increased by an additional factor of 102 due to the action of strand-directed mismatch repair system. The DNA mismatch repair pathways in eukaryotes, bacteria, and E. coli are shown in figure 3. 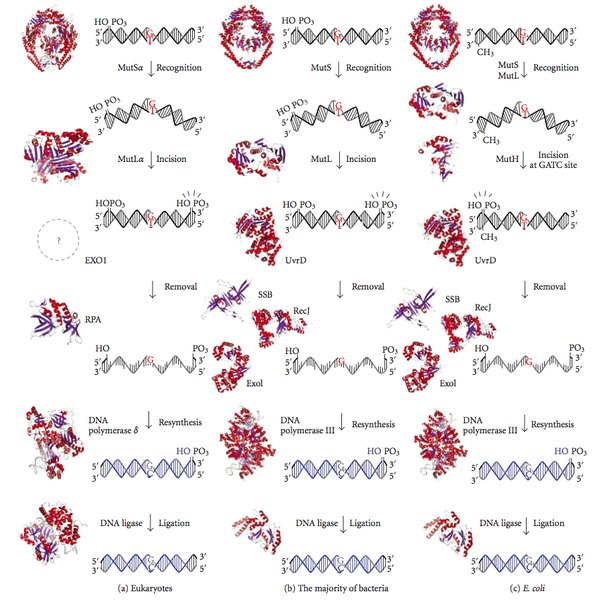 In the strand-directed mismatch repair, three complex proteins move through the newly-synthesized DNA strand. The first protein known as MutS detects and binds to the distortions in the DNA double helix. The second protein known as MutL detects and binds to the MutS, attracting the third protein known as MutH that distinguish the unmethylated or the newly-synthesized strand. Upon binding, the MutH cuts the unmethylated DNA strand immediately upstream to the G residue in the GATC sequence. An exonuclease is responsible for the degradation of strand downstream to the mismatch. However, this system degrades regions less than 10 nucleotides that are readily re-synthesized by DNA polymerase 1. The Mut proteins of eukaryotes are homologous to that of E. coli.

Mutations are permanent alterations of the nucleotide sequence of the genome that may arise due to the errors in DNA replication or due to the effect of external mutagens. The errors of DNA replication can be corrected by two mechanisms known as proofreading and strand-directed mismatch repair. Proofreading is carried out by DNA polymerase itself during the DNA synthesis. The strand-directed mismatch repair is carried out by Mut proteins just after the DNA replication. However, these repair mechanisms are involved in the maintenance of the integrity of the genome.