Home » Science » Biology » What is the Difference Between Biodegradation and Bioremediation 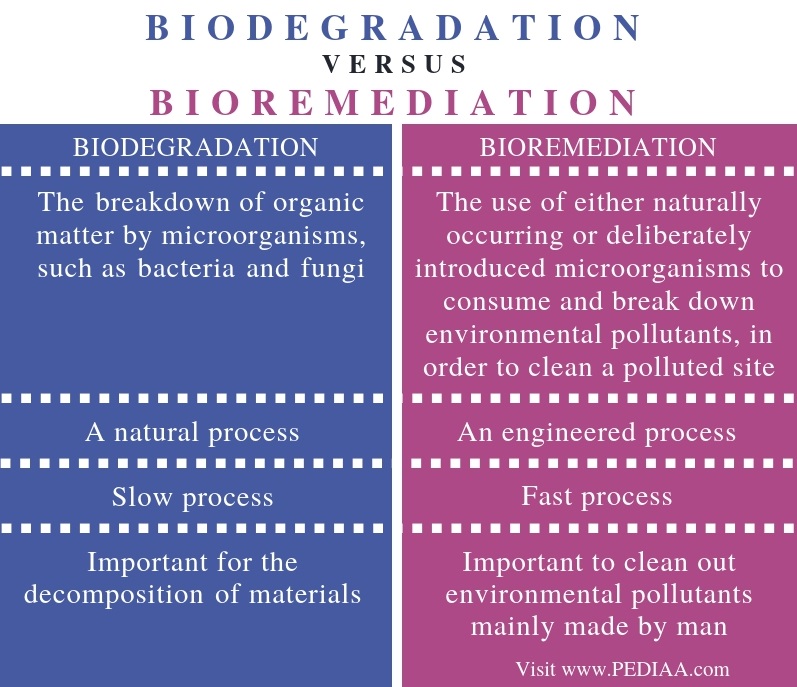 Biodegradation is the process of decay that naturally occurs in the environment due to bacterial and fungal action. Generally, these microorganisms serve as decomposers of the nutrient and soil. Most importantly, decomposition is the process of the nature replenishing ecosystems. Moreover, the large organic molecules are broken down into small organic molecules through enzymes. 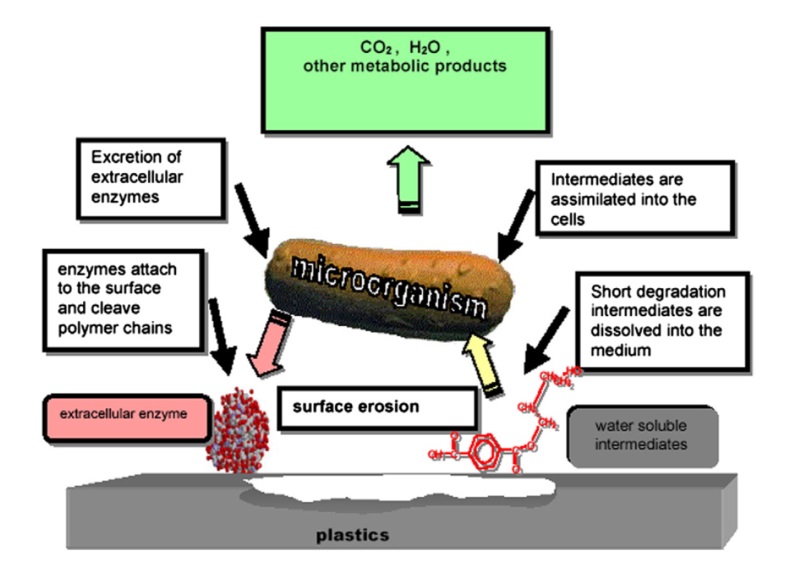 Bioremediation is the process of using microorganisms to degrade environmental pollutants such as toxic wastes occur in soil, water, air, etc. Generally, either naturally-occurring or deliberately introduced microorganisms can undergo this process. However, it needs to alter the environmental conditions for the optimal growth of these microorganisms.

Moreover, most of the bioremediation reactions progress through oxidation-reduction reactions. Generally, oxygen is added as the electron acceptor to stimulate the reaction while an organic substrate serves as the electron donor. Most of the times, the reduced pollutant is a hydrocarbon. Additionally, reducing oxidized pollutants include nitrate, perchlorate, oxidized metals, chlorinated solvents, explosives, and propellants. On the other hand, additional nutrients, vitamins, minerals, and pH buffers are added to provide optimal conditions to microorganisms. Furthermore, in bioaugmentation, specialized microbial cultures are added to enhance the microbial action.

Similarities Between Biodegradation and Bioremediation

Difference Between Biodegradation and Bioremediation

While biodegradation is a natural process, bioremediation is an engineered process.