The main difference between build and rebuild in Visual Studio is that the build helps to complete the code files that are changed, while rebuild deletes all previously compiled files and compiles the solution from scratch, ignoring anything done before. 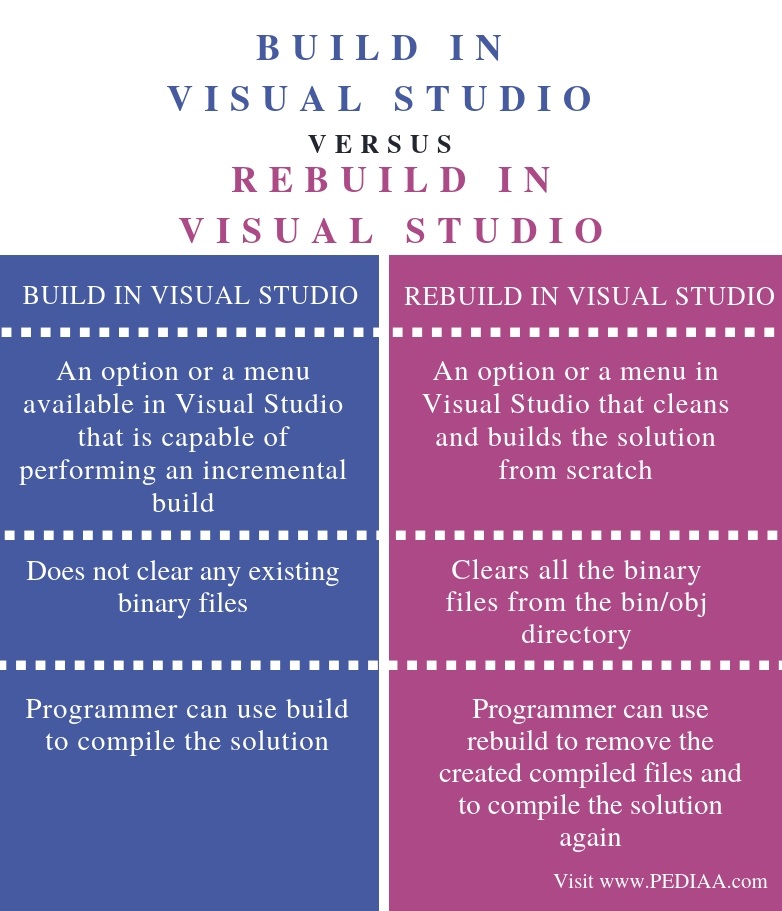 What is Build in Visual Studio

A programmer can write the program in the code editor. The next step is to compile that program. The programmer can click on the build option to accomplish this task. Then, the compiler will perform an incremental build. It compiles only the code files (DLL and .exe) that have changed. Therefore, unmodified files aren’t touched. Furthermore, it may also use partially built bits of the project if they haven’t changed.

What is Rebuild Visual Studio

In addition to build and rebuild, there is another option called clean. It is important to know more about this option before learning about the rebuild. The clean option clears all the compiled files (binary files) from the bin/obj directory. In other words, it removes the build artefacts from the previous build. 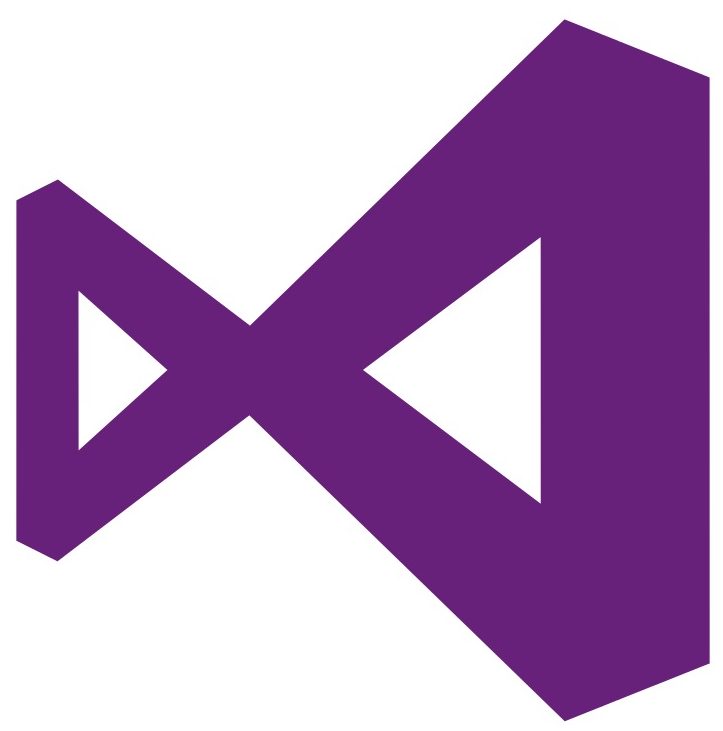 After cleaning, rebuild then builds the solution from scratch. It ignores anything done before. In other words, it deletes all the previous compiled files and compiles them again whether the code has modified or not. Furthermore, rebuild is similar to the combination of build and clean.

Difference Between Build and Rebuild in Visual Studio

Importantly, while build does not clear any existing binary files, rebuild clears all the binary files from the bin/obj directory.

In brief, Visual Studio is an IDE of Microsoft that allows the programmers to build desktop, web and mobile applications. It helps to manage the code easily and also provides features to develop and deploy the application easily. Build and rebuild are two options available in Visual Studio. The main difference between build and rebuild in Visual Studio is that build helps to complete the code files which are changed while rebuild deletes all previously compiled files and compiles the solution from scratch ignoring anything done before.