Home » Geography » What is the Difference Between Canal and Channel

The main difference between canal and channel is that canals usually refer to artificial waterways while channels refer to natural waterways.

Both the words canal and channel refer to waterways. Although these words are sometimes used interchangeably, we use the word canal to mainly refer to man-made waterways like Panama Canal and Suez Canal. But a channel is a natural waterway between two landmasses that lie close to each other. 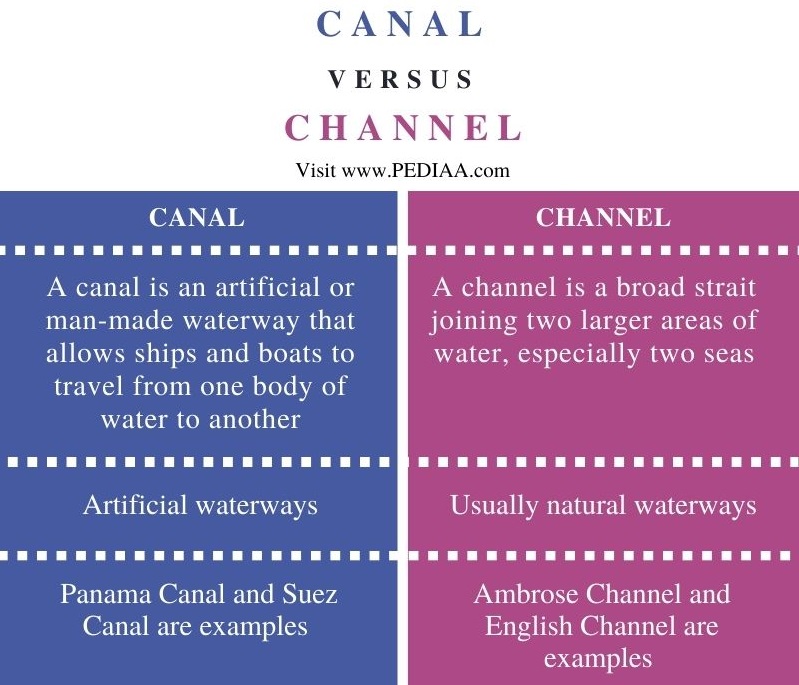 What is a Canal?

A canal is an artificial or man-made waterway that allows ships and boats to travel from one body of water to another. They are also used to transport water from irrigation and for other human uses. The word “canal” comes from the Old French word chanel, meaning “channel.” Since canals are made by humans, their shape tends to straight. We can describe canals as artificial versions of a river. They carry free surface flow under atmospheric pressure. 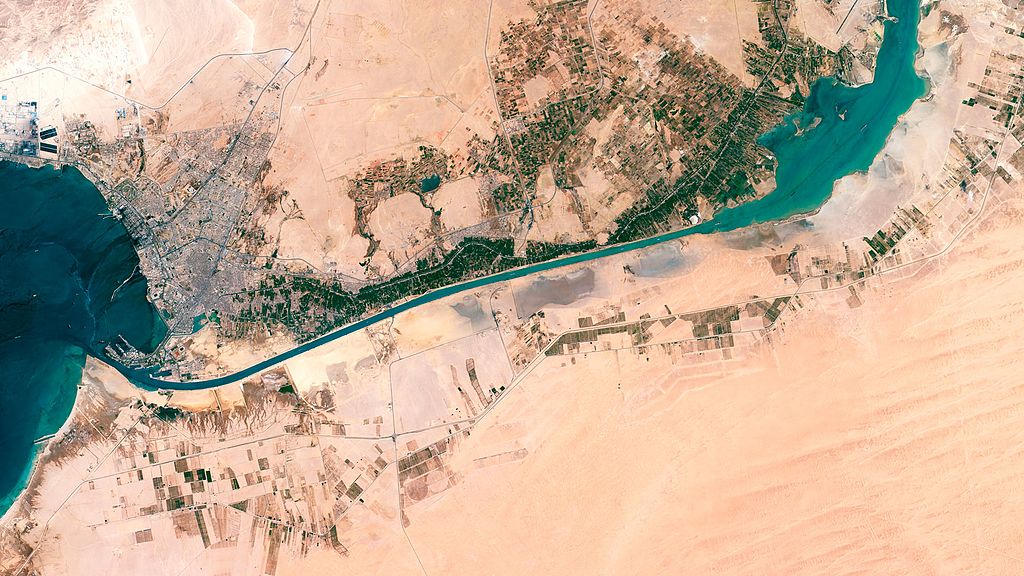 Moreover, we can classify canals into two categories as waterways and aqueducts. Waterways are the large navigable parts of a body of water that can connect two or more water bodies. They may even form networks inside a city (for example, canals in Venice). Aqueducts, on the other hand, are used solely to transport water for agriculture, drinking, and hydroelectric power. The oldest canals in the world are aqueducts built in Mesopotamia a long time ago. Since then, canals have played an important role in facilitating commerce and connecting cultures. The Panama Canal and the Suez Canal are two such important canals, which are perhaps the most well-known canals in the world.

What is a Channel

A channel is a broad strait joining two larger areas of water, especially two seas. We can also describe it as a waterway between two landmasses that lie close to each other. Furthermore, we usually use the word channel to refer to natural waterways. 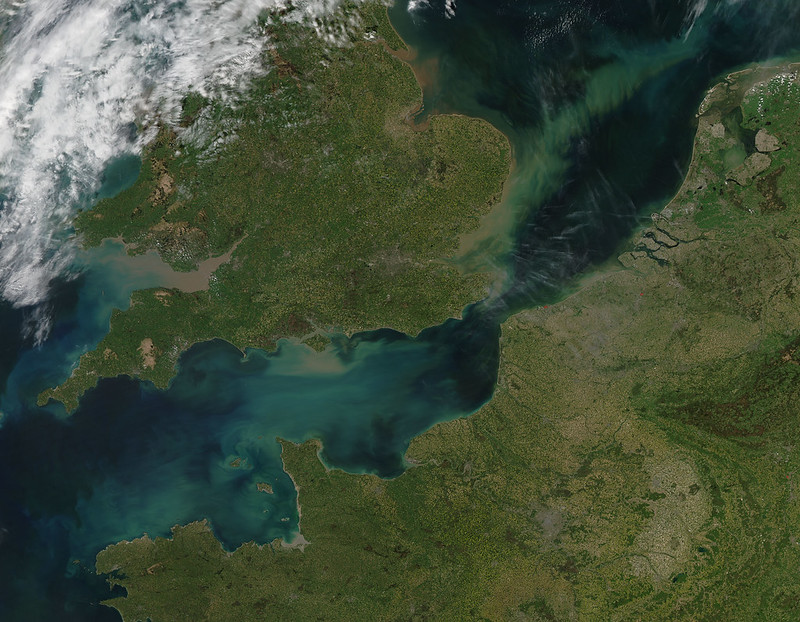 Sometimes glaciers that carve out deep canyons between two landmasses create channels. Sometimes, people create channels by deepening shallow waterways so that large ships can pass through them. We call these navigation channels.  For example, Ambrose Channel in New York Harbor has been artificially deepened so that large ships can enter the harbour from the Atlantic Ocean. The English Channel, which serves as a natural barrier between England and the rest of Europe, is perhaps the most well-known channel. It is about 560 km long and varies in width from 240 km at its widest to 34 km in the Strait of Dover.

Difference Between Canal and Channel

A canal is an artificial or man-made waterway that allows ships and boats to travel from one body of water to another, while a channel is a broad strait joining two larger areas of water, especially two seas.

Canals are artificial waterways, whereas channels are usually natural waterways.

Although both canals and channels are waterways, they are not the same. The main difference between canal and channel is that canals usually refer to artificial waterways while channels refer to natural waterways.