Cell organelles and cell inclusions are two types of components in the cell with different functions. Furthermore, nucleus, mitochondria, chloroplasts, Golgi apparatus, endoplasmic reticulum, lysosomes, centrioles, and, microtubules are some cell organelles while cell inclusions include pigments, granules of glycogen and lipids, and various secretory products. 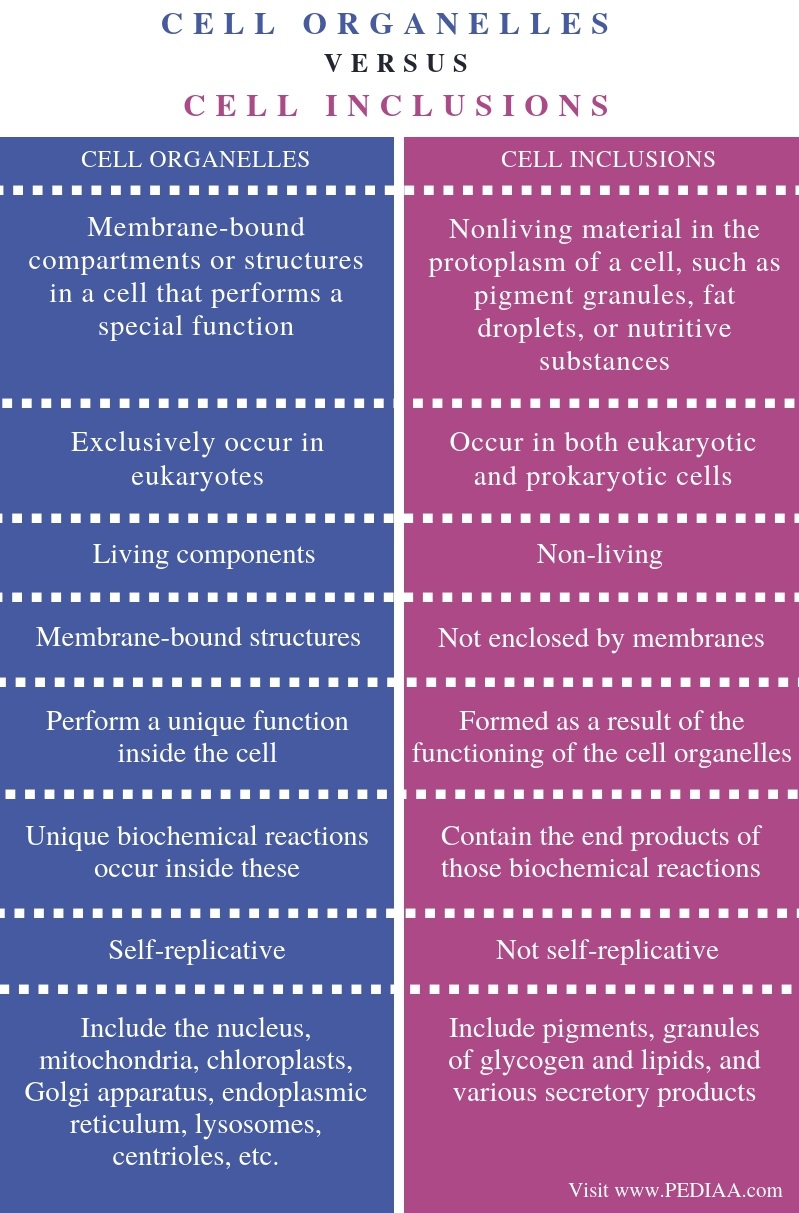 What are Cell Organelles

Cell organelles are the membrane-bound compartments in the eukaryotic cells that are specialized to perform a unique function. This means a unique biochemical reaction occurs inside every organelle. Since it is enclosed by a membrane that resembles the plasma membrane, a unique biochemical environment can be maintained inside the organelle, which facilitates the occurrence of that particular biochemical reaction. The main types of cell organelles and their functions are as below. 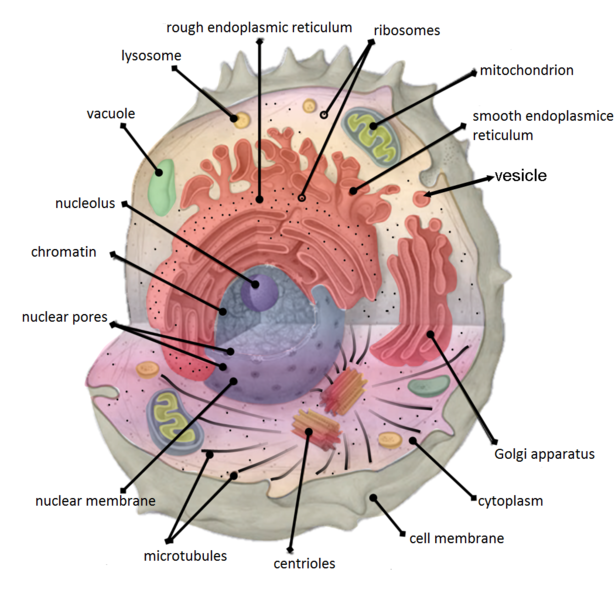 What are Cell Inclusions

Cell organelles refer to membrane-bound compartments or structures in a cell that performs a special function while cell inclusions refer to nonliving material in the protoplasm of a cell, such as pigment granules, fat droplets, or nutritive substances.  This is the main difference between cell organelles and cell inclusions.