Both curing salt and Kosher salt are types of salt we can use in curing meat. However, they are different in their content and use. It’s also easy to recognize the two apart as curing salt has a pinkish color, while Kosher salt is white in color and has large granules. 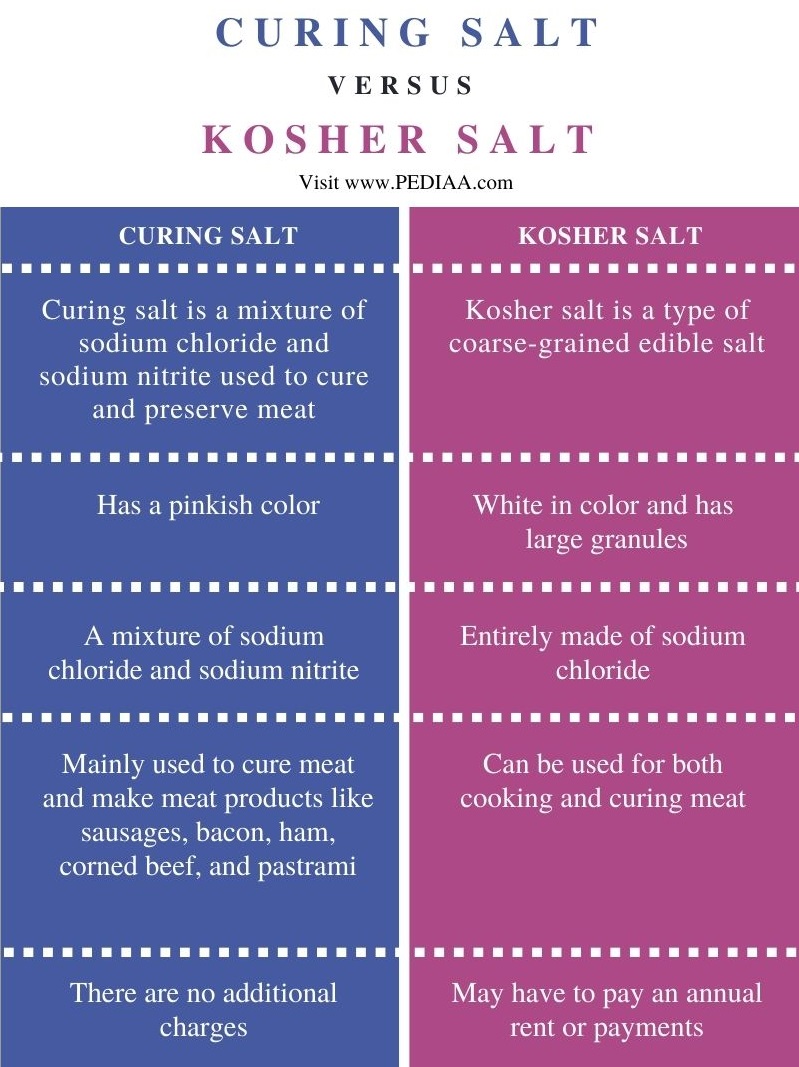 What is Curing Salt

As its name suggests, curing salt is a type of salt we use to cure and preserve food. It is a mixture of table salt (sodium chloride) and sodium nitrite. To be exact, it includes about 94 % salt and 6 % sodium nitrite. Many curing salts contain a red dye, which gives the salt a pinkish shade. This prevents people from confusing curing salt with table salt. 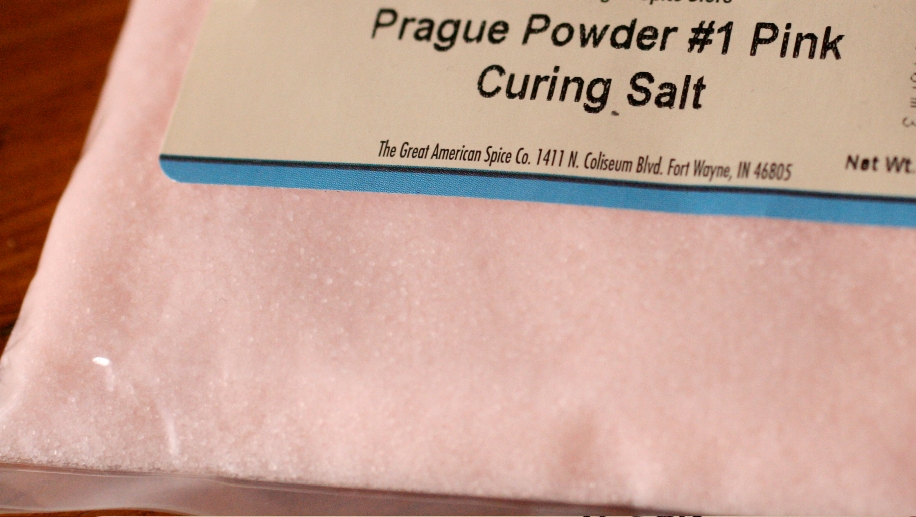 Curing salt helps to preserve meat as it prevents or slows spoilage of food by bacteria or fungus, especially Clostridium botulinum, in an attempt to prevent botulism. We generally use these salts to make sausages and cure bacon, ham, corned beef, pastrami, etc. In its raw form, pink salt is toxic to humans, so you cannot use it like regular salt. However, curing salt in cured meats is not toxic or harmful. During the curing process, the nitrites in curing salt transform into nitric oxide process, a compound that is not harmful.

Pink salt, Prague powder, and InstaCure are some other names for curing salt. But you should know that pink salt or curing salt is not the same as Himalayan pink salt, which is a halite with trace elements that give it a pink shade.

What is Kosher Salt 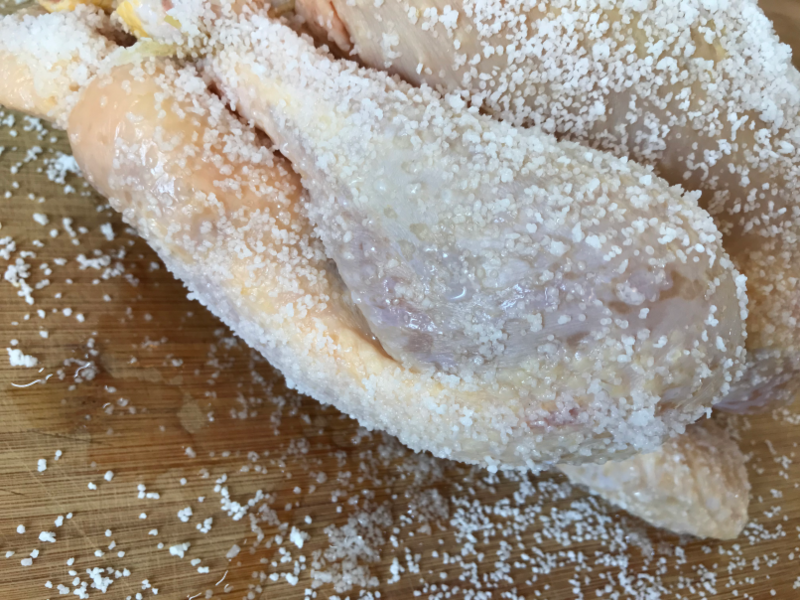 The size and shape of Kosher salt crystals can vary from brand to brand. Generally, Kosher salt crystals are perfect for drawing out moisture from meat; therefore, it is often used for the koshering process. In koshering, the meat is usually soaked in cool water, drained, and then covered with a layer of salt. The meat is then kept on a rack for some time. The larger Kosher salt granules remain on the surface of the meat and absorb fluids from it. They are partially reabsorbed with the salt, binging the meat with its own fluids.

Curing salt is a mixture of sodium chloride and sodium nitrite used to cure and preserve meat, while Kosher salt is a type of coarse-grained edible salt.

Curing salt has a pinkish color, while Kosher salt is white in color and has large granules.

The main use of the curing salt is to cure meat and make meat products like sausages, bacon, ham, corned beef, and pastrami. We don’t use it in cooking. However, we can use Kosher salt for both cooking and curing meat.

1. “Kosher Salt.” Wikipedia, Wikimedia Foundation.
2. McGavin, Jennifer. “What Is Pink Salt and How Is It Used to Cure Meat?” The Spruce Eats.