In brief, dNTPs and ddNTPs are nucleotides, the basic building blocks of DNA molecules. DNA nucleotides consist of a deoxyribose sugar, nitrogenous base, and phosphate group. Moreover, nucleotides form phosphodiester bonds to form DNA. And, DNA is a double-stranded molecule whose main function is to carry the genetic information of an organism. 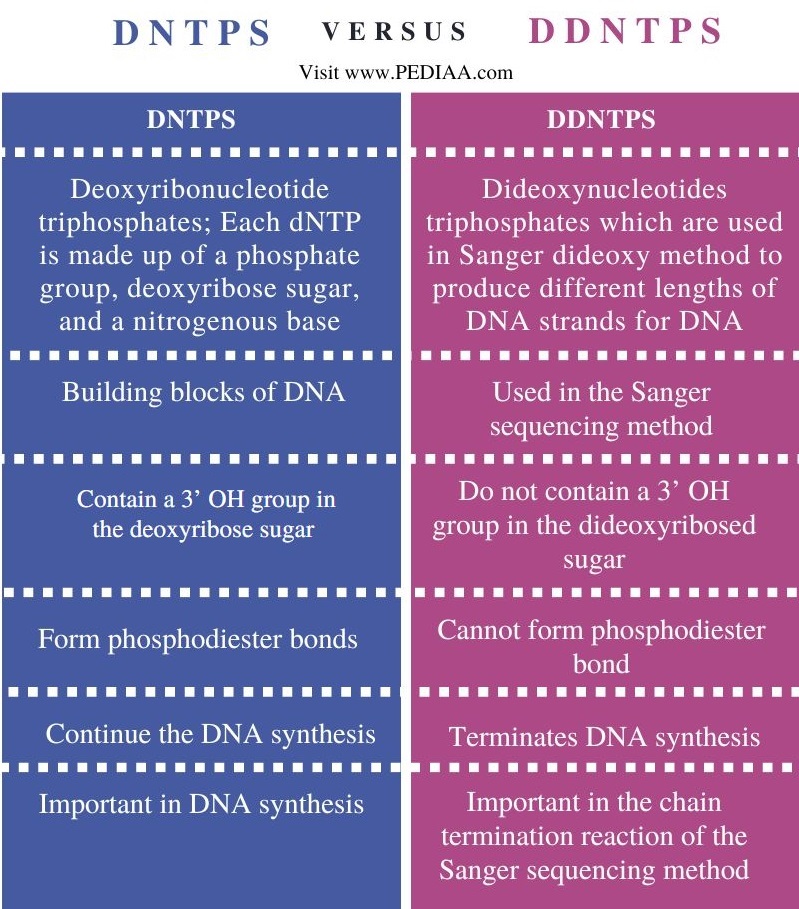 dNTP or deoxyribonucleotides is a nucleotide that contains deoxyribose as the sugar molecule. These nucleotides are called DNA nucleotides. Also, there are four dNTPs; they are dATP, dGTP, dGTP and dTTP. Looking at their functions, dNTPs are the precursor molecules of DNA. The main function of DNA nucleotides is to carry genetic information through DNA from one generation to the next. 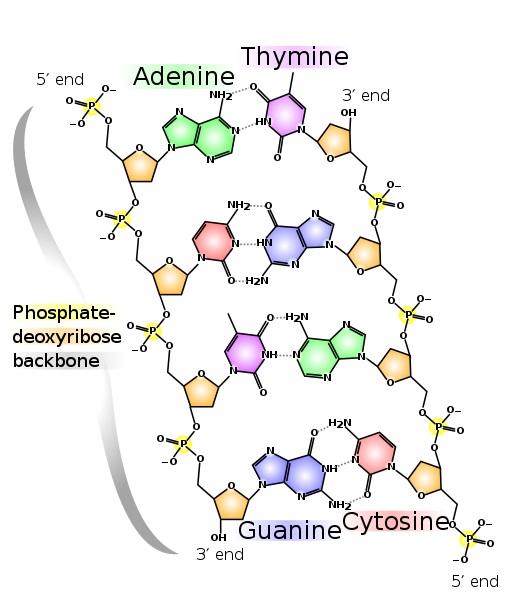 ddNTPs are a type of nucleotide important in the chain termination reaction of Sanger sequencing. The main feature of ddNTPs is that they contain a dideoxyribose sugar group. It also does not contain a 3’ OH group. Other than that,  ddNTPs contain a nitrogenous base on the 1’ carbon atom and a phosphate group in the 4’ carbon atom, the same as dNTPs. 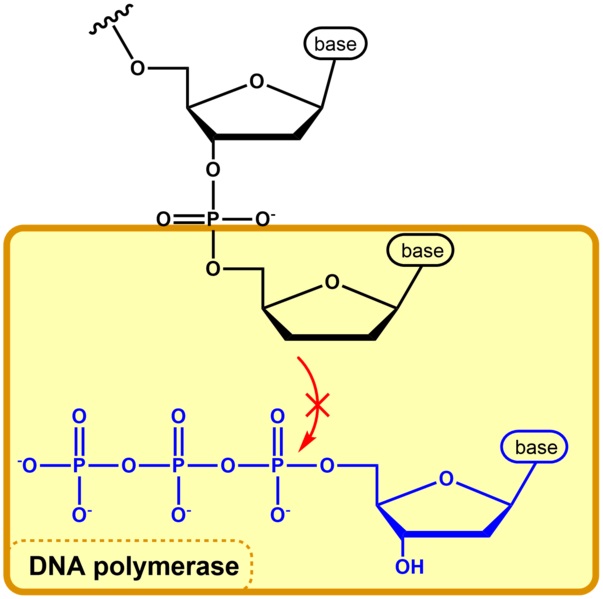 Moreover, sanger sequencing is a method that amplifies the target DNA to study the sequences minutely. This method uses a mixture of dNTPs and ddNTPs in sequencing. As the DNA chain starts to lengthen, a ddNTP is randomly incorporated into the chain. But since a ddNTP does not have a 3’OH group, no phosphodiester bond can form for the addition of the next nucleotide; hence, the chain stops its growth.

For this reason, the ddNTPs are also known as ‘chain-termination nucleotides’. The four ddNTPs are ddATP, ddGTP, ddCTP and ddTTP. These nucleotides are fluorescently labeled in the sequencing method for easy detection.

Similarities Between dNTPs and ddNTPs

Difference Between dNTPs and ddNTPs

Besides, dNTPs are building blocks of DNA while ddNTPs are the nucleotides used in the Sanger sequencing method.

In brief, dNTPs are deoxyribonucleotides that contain a 3’ OH group. The three components of the dNTPs are the deoxyribose sugar, nitrogenous base, and phosphate group. The main function of the dNTPs is to involve in DNA synthesis. On the other hand, ddNTPs contain dideoxyribonucleotide that does not contain a 3’ OH group in the sugar. Moreover, the main function of ddNTPs is to participate in the chain termination method of the Sanger sequencing. Thus, the main difference between dNTPs and ddNTPs is their structure and function.