The main difference between downhill and endur0 is that enduro requires more stamina and endurance since it involves multiple stages.

Mountain biking has many forms, and downhill has always been the main gravity led form of biking. Enduro racing is a new form of mountain biking, which is between cross-country and downhill. Unlike downhill, enduro involves few stages, each involving a downhill. 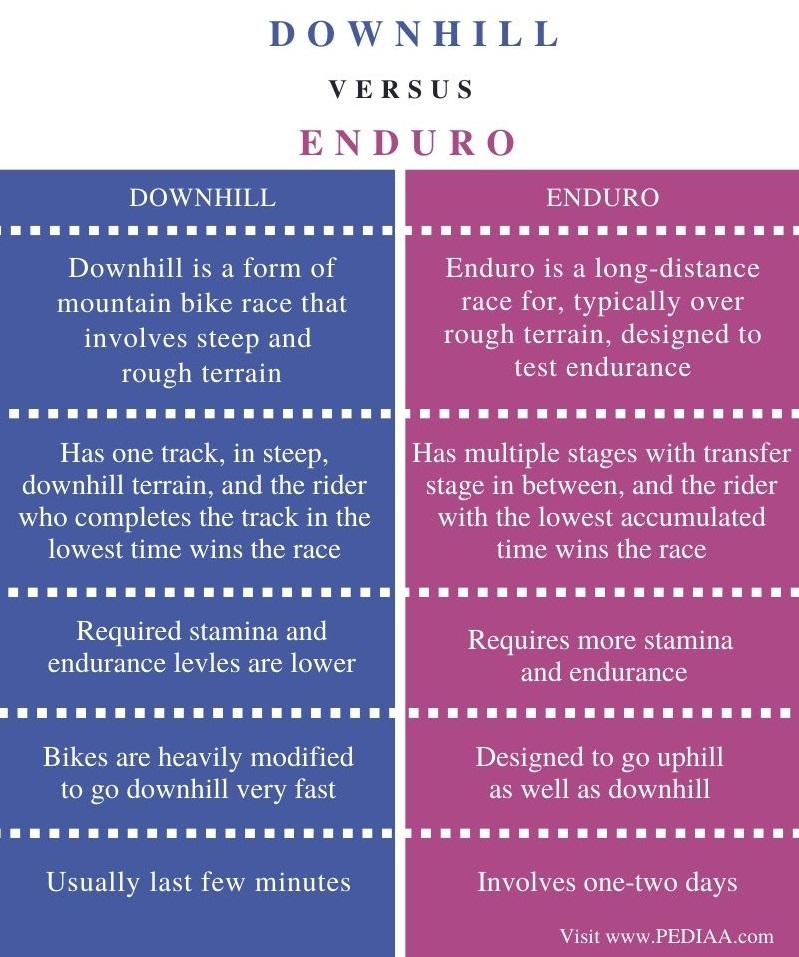 Downhill biking is a form of mountain biking that involves steep, rough terrain often featuring drops, jumps, rock gardens and other obstacles. Some even consider it as the ‘Formula 1 of mountain biking’. In a downhill race, riders start at intervals that can vary from 30 seconds to 3 minutes – depending on the stage of the competition. All in all, the rider having the lowest time wins. As the name ‘downhill’ itself implies, these races are held in steep, downhill terrain, which results in higher speeds than in cross-country racing. This terrain is also considerably rougher than in cross-country racing 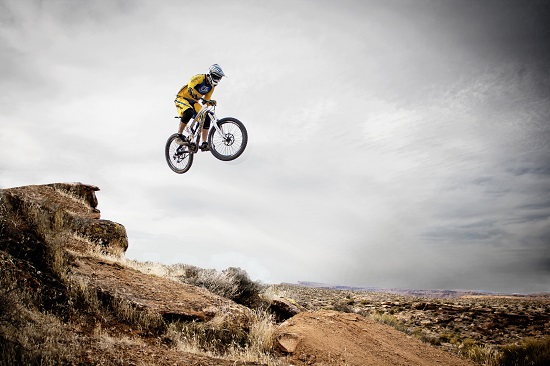 Bikes we use for downhill are usually stronger and heavier than other mountain bikes. They have long-travel suspension and hydraulic disc brakes. Before doing downhill biking, the rider should have a basic understanding of his bike and equipment – tyre pressure, arrangement of the handlebar, brake levers, suspension set-up, and transmission shifters. All these need to be adjusted to match the rider’s weight, riding style, as well as the terrain.

Enduro biking is a genre of mountain biking that is somewhere between cross-country and downhill. Endure races usually involve 3 – 6 timed stages. These stages are mainly primary downhill, but they can vary in difficulty level, steepness and length depending on the location. There are also transfer stages between each stage, which are mostly uphill. Depending on the race, these transfer stages can also involve sections of pedalling, hike-a-bike and chair lift. Generally, the riders must complete the transfer stage within a time limit, but they are not part of accumulated time. The rider who accumulates the lowest combined time from the timed downhill sections is the winner of the race. 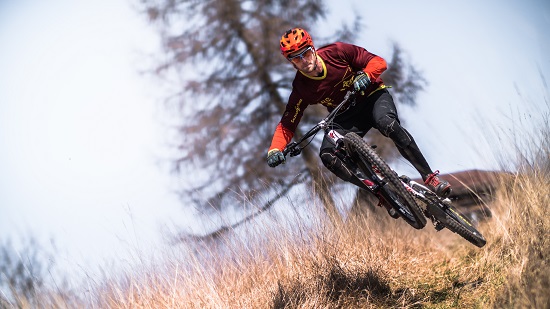 Enduro involves elements from all types of racing – physical fitness needed for cross-country racing, downhill skills, etc. Moreover, enduro races are long events since riders have to climb and descend for hours. Therefore, they typically take place over one or two days.

Difference Between Downhill and Enduro

Downhill is a form of mountain bike race that involves steep and rough terrain while enduro is a long-distance race for, typically over rough terrain, designed to test endurance.

Format of the Race

Downhill bikes are heavily modified to go downhill very fast while enduro designed to go uphill as well as down,

Downhill has one track, in steep, downhill terrain, and the rider who completes the track in the lowest time wins the race. Enduro, on the other, has multiple stages with transfer stage in between, and the rider with the lowest accumulated time wins the race. Enduro requires more stamina and endurance since it involves multiple stages. Thus, this is the main difference between downhill and enduro.