Echinoderms and chordates are two closely-related groups of animals classified under the clade Bilateria. Also, they are deuterostomes whose blastopore develops into the anus. 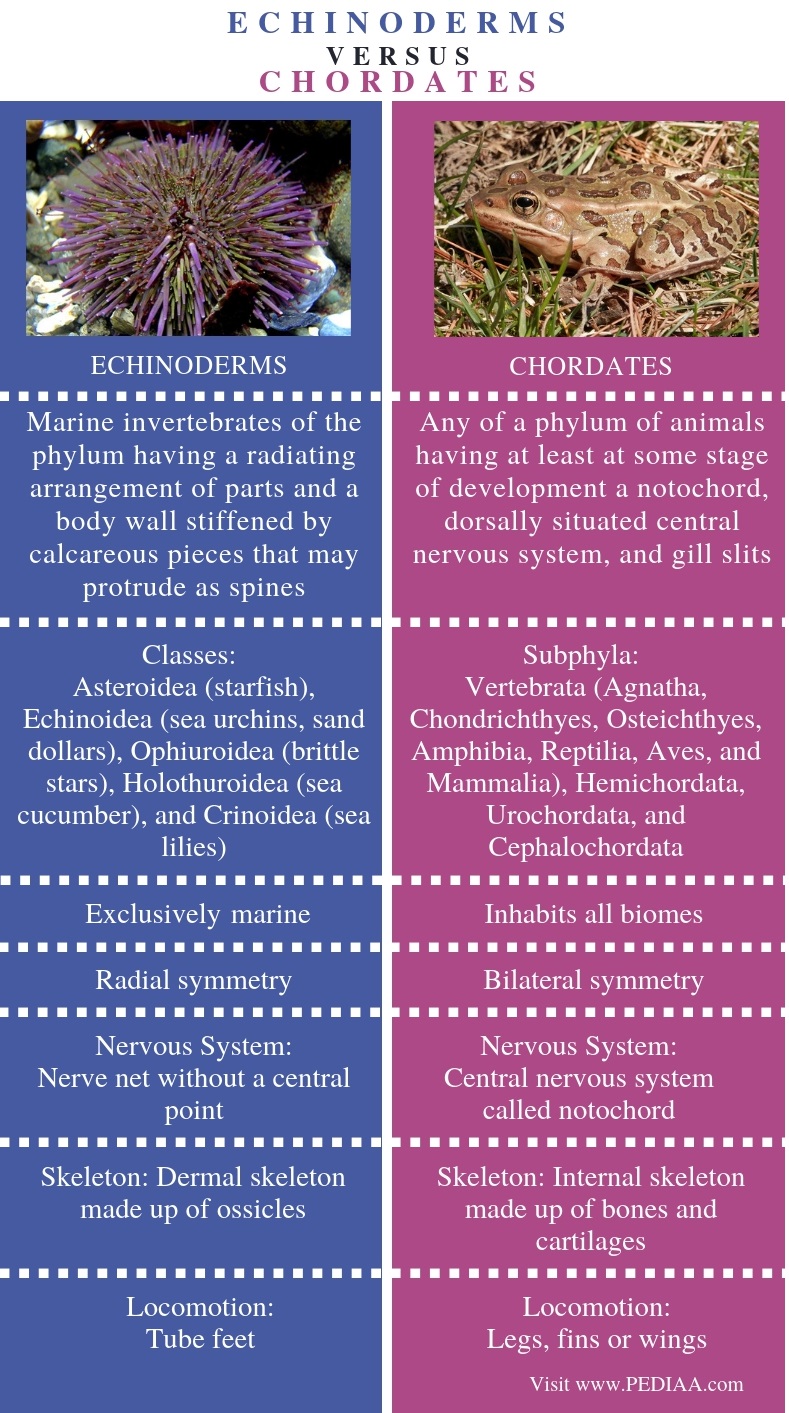 Echinoderms are an animal phylum named for their spiny skin. The phylum is exclusively marine and around 7000 species of echinoderms have been identified so far. Although the early larval stages show bilateral symmetry, the adult forms of echinoderms show pentaradial symmetry. Moreover, they have a dermal skeleton made up of ossicles. Epidermal cells secrete this skeleton and due to the presence of pigment cells, these animals have vivid colors. 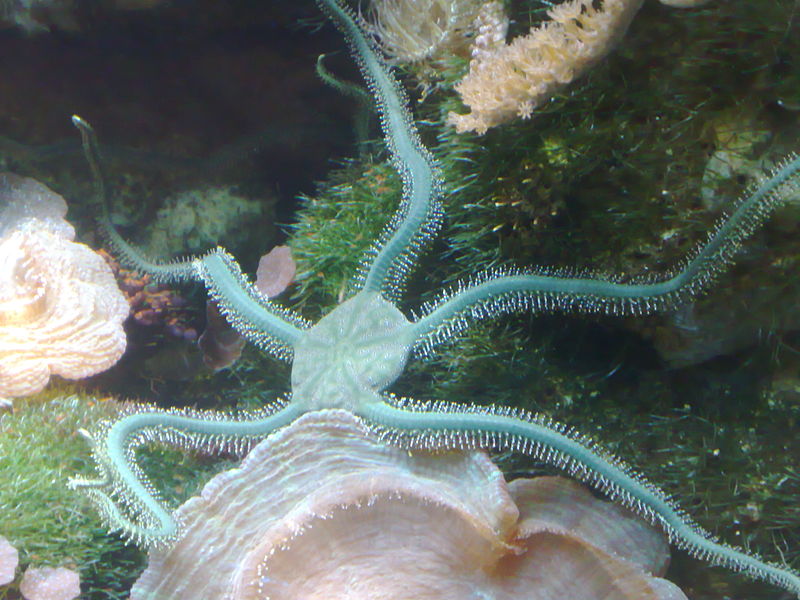 Furthermore, they have a true coelom modified into a water vascular system known as madreporite. The central ring canal and radial canals of madreporite are responsible for facilitating the exchange of gas, nutrients, and wastes through the circulation of water. Besides, they also possess tube feet, which can be expanded and contracted by hydrostatic pressure. These structures are responsible for the locomotion of echinoderms. Additionally, echinoderms can reproduce asexually by regeneration.

Chordates are another animal phylum characterized by the presence of a post-anal tail, dorsal hollow nerve cord, notochord, and pharyngeal slits. Here, the post-anal tail is an extension beyond the anus, comprising skeletal muscles in order to help locomotion of some chordates. Further, the dorsal nerve cord connects the nerves of muscles to the brain. And, the notochord is the longitudinal rod that runs between the digestive tract and nerve cord. Also, pharyngeal slits are the openings connecting the mouth to the throat. 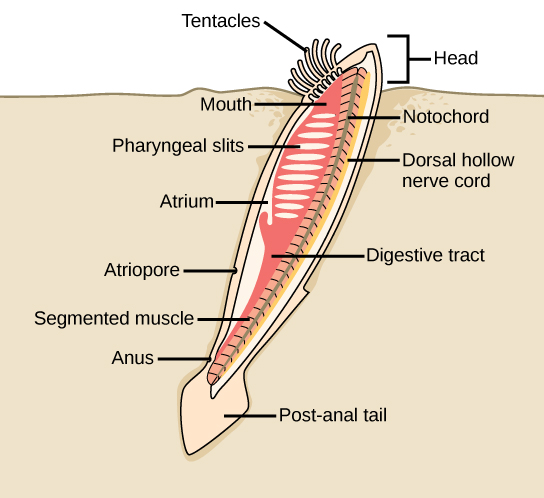 Moreover, chordates can be classified into two main groups as Craniata or Euchordata and Acrania or Protochordata. Here, craniates are large, higher chordates with a brain protected by a skull. Vertebrates are the only subphylum found in the group Craniata. Vertebrates include seven classes of animals: jawless fish, cartilaginous fish, bony fish, amphibians, reptiles, birds, and mammals. On the other hand, acraniates are marine, small, primitive chordates classified into three subphyla: Hemichordata, Urochordata and Cephalochordata.

Similarities Between Echinoderms and Chordates

Difference Between Echinoderms and Chordates

Echinoderms refer to the marine invertebrates of the phylum having a radiating arrangement of parts and a body wall stiffened by calcareous pieces that may protrude as spines. Whereas, chordates refer to any of a phylum of animals having, at least at some stage of development, a notochord, dorsally situated central nervous system, and gill slits. Thus, this is the fundamental difference between echinoderms and chordates.

Echinoderms exclusively live in marine habitats while chordates live in all biomes. Hence, habitat is a difference between echinoderms and chordates.

Furthermore, one other important difference between echinoderms and chordates is that while echinoderms have a nerve net without a central point, chordates have a central nervous system called notochord.

Moreover, echinoderms have a tube feet for their locomotion while chordates use legs, fins or wings for locomotion.

Echinoderms are a phylum of animals with radial symmetry. They are non-chordates and they do not have a notochord or a central nervous system and their nervous system is made up of a nerve net. On the other hand, chordates are another phylum of animals including vertebrates. They develop a notochord and an internal skeleton made up of bones and cartilages. However, both echinoderms and chordates are deuterostomes and they show bilateral symmetry in any stage of their life cycle. However, the main difference between echinoderms and chordates is the notochord and body symmetry.