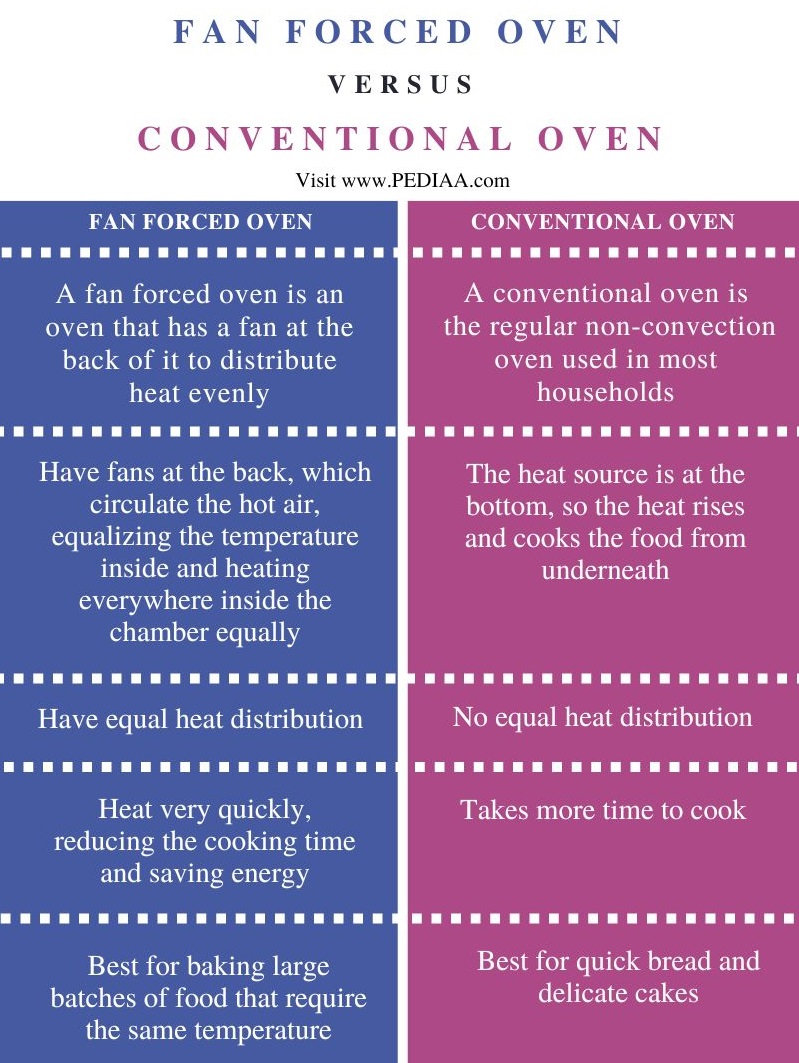 What is a Fan Forced Oven

A fan forced oven is an oven that has a fan at the back of it to distribute heat evenly. The fan circulates the hot air, equalizing the temperature inside and heating every tray inside the chamber equally. Fan forced ovens are also known as convection ovens. These ovens are always electric. They can be as small as tabletop ovens or as large as ovens at commercial bakeries. You can easily identify fan forced ovens by the fans at the back. You can also notice the symbol of a spinning fan inside a circle in the packaging of the oven. 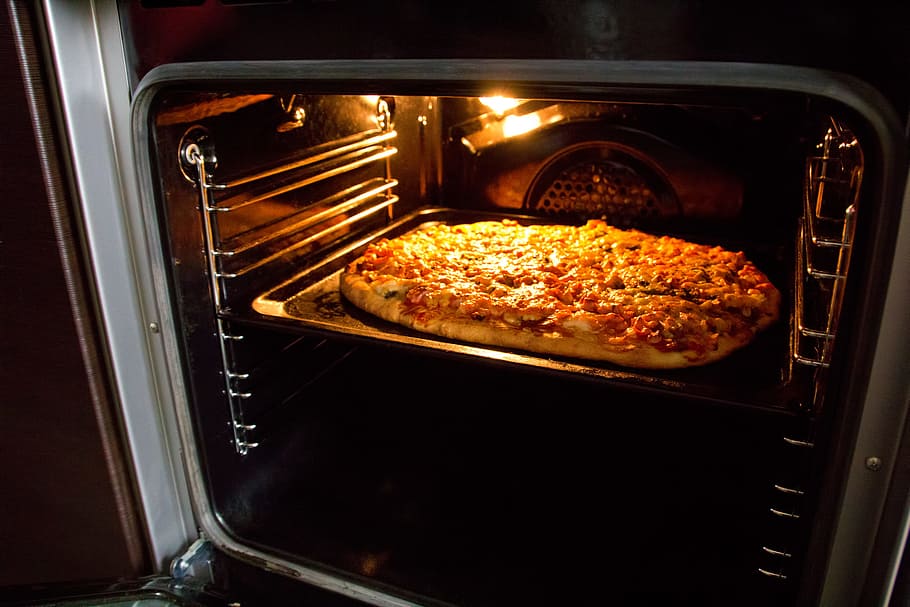 This type of oven is best for baking large batches of food that require the same temperature. They also heat very quickly, reducing the cooking time and saving energy. When cooking food like meat and vegetables, their interior may remain moist while the exterior gets browner. This is because convection creates a dry atmosphere caramelizing sugars faster when roasting. You can bake almost any type of food using these ovens. However, delicate foods like soufflés, mud cakes, and meringues are better suited to conventional ovens.

Since fan forced ovens are very fast, you will have to be very careful about the timing. Even an extra minute can result in your food burning. Moreover, if you are following a recipe for a conventional oven, always reduce your fan forced oven’s temperature by 20°C. In addition, don’t preheat the oven unless necessary; this can make your food overcook.

What is a Conventional Oven

Conventional ovens are the normal ovens used commonly in many households. They are also known as regular ovens or traditional ovens. In these ovens, the heat source (usually a gas flame or a burner element) is located at the bottom. Therefore, the heat transfer takes place from bottom to top; heat rises and cooks the food from beneath. However, the lack of moving air inside the oven creates hotspots. Consequently, the food placed at the bottom layers will cook more quickly than the food located farther away. Moreover, conventional ovens can use gas or electricity. 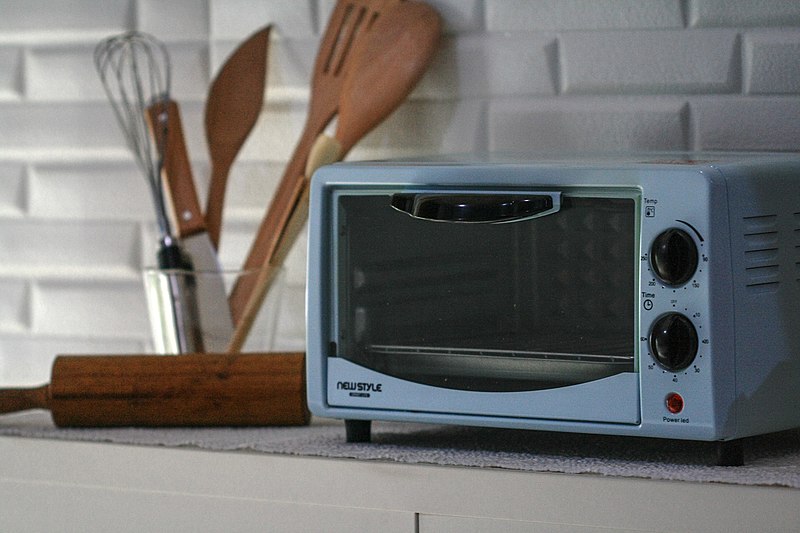 A fan-forced oven is an oven that has a fan at the back of it to distribute heat evenly, while a conventional oven is the regular non-convection oven used in most households.

Fan forced ovens have fans at the back, which circulate the hot air, equalizing the temperature inside and heating everywhere inside the chamber equally. In conventional ovens, the heat source is at the bottom, so the heat rises and cooks the food from underneath.