Gene mapping and gene sequencing are two types of genome analyzing methods which help to obtain various types of information about genomes. 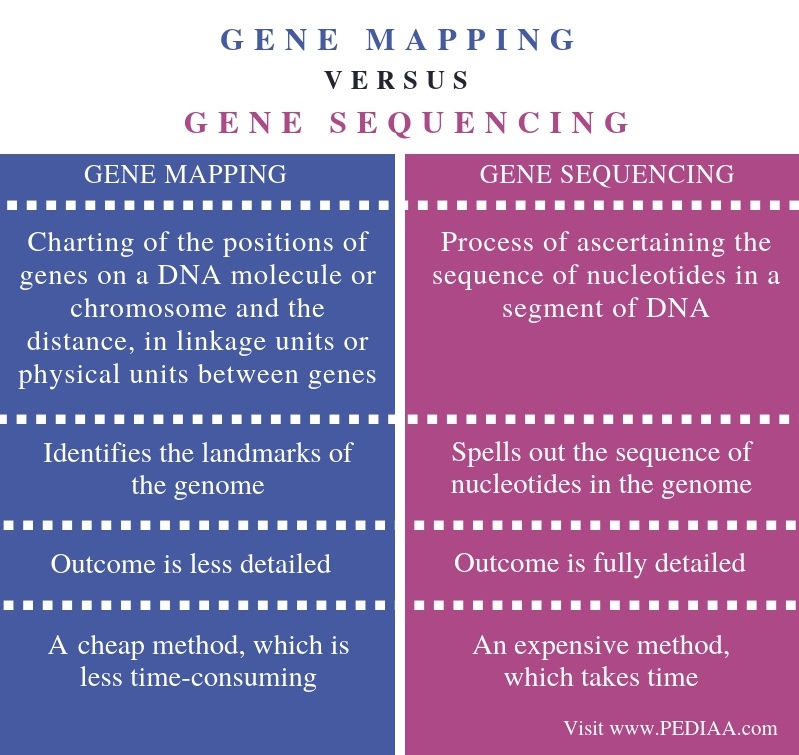 What is Gene Mapping

Gene mapping is the identification of the locus of genes and their relative distance in the genome. Hence, a gene map contains a series of landmarks of short DNA sequences or regulatory sites, which turn on and turn off genes. Thus, it is a one-dimensional map, which is linear. Also, the genes or the other important sequences in a gene map are named by letters and numbers; for example, D14S72 and GATA-P7042. Furthermore, the unit of measurement of the distance between two genes is centimorgan. One centimorgan is equal to the percentage of two independently inherited genes. It helps to explore a particular genome and to navigate around the genome. It also helps to identify new genes in the genome.

Gene mapping enables the scientists to identify the genes involved in diseases. For this, they can map the genomes of the families affected by a particular disease. Here, the other landmarks that are close to the disease-causing genes become markers for that particular gene. The identification of such landmarks helps to identify the exact location of the disease-causing gene in the genome. Hence, this will narrow down the size of the DNA piece to be investigated out of the whole genome. Then, the scientists can test the selected set of landmarks with the same landmarks from healthy individuals to identify the exact gene related to the disease. Thus, gene mapping can identify the genes responsible for diseases such as Huntington’s disease, cystic fibrosis, etc.

What is Gene Sequencing 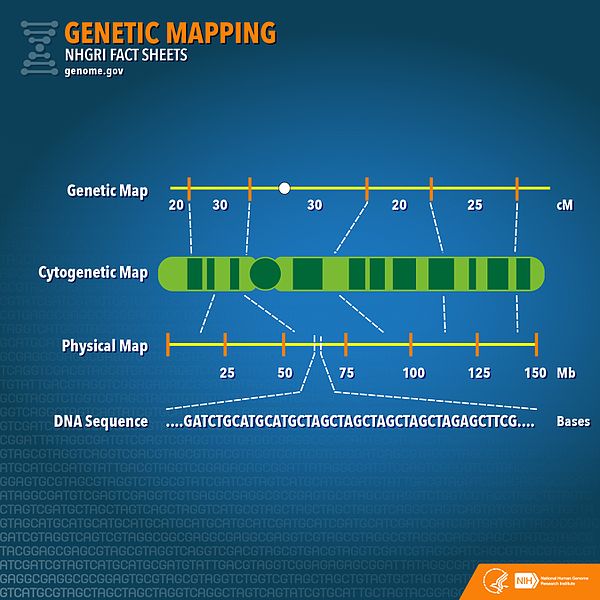 Gene mapping refers to the charting of the positions of genes on a DNA molecule or chromosome and the distance, in linkage units or physical units between genes while gene sequencing refers to the process of ascertaining the sequence of nucleotides in a segment of DNA. Thus, this explains the main difference between gene mapping and gene sequencing.

Time and the Cost

However, the gene mapping is a cheap method, which is less time-consuming while gene sequencing is an expensive method, which takes time.

Gene mapping is a method of identification of landmarks such as genes and their regulatory sequences in the genome. To be specific, it gives the exact location of these landmarks in the genome and their relative distances. On the other hand, gene sequencing is an advanced method of genome analyzing, which spells out all the nucleotides of the genome and their order of appearance. Therefore, the main difference between gene mapping and gene sequencing is the detailedness of the information they provide.