The main difference between graffiti and street art is that graffiti typically includes letters and words, whereas street art includes images.

Graffiti and street art are art we can see in public places like outside walls of buildings and walkways. They are free to view. Artists often use their work as a form of political and social commentary and activism. Despite these similarities, there are some differences between graffiti and street art. 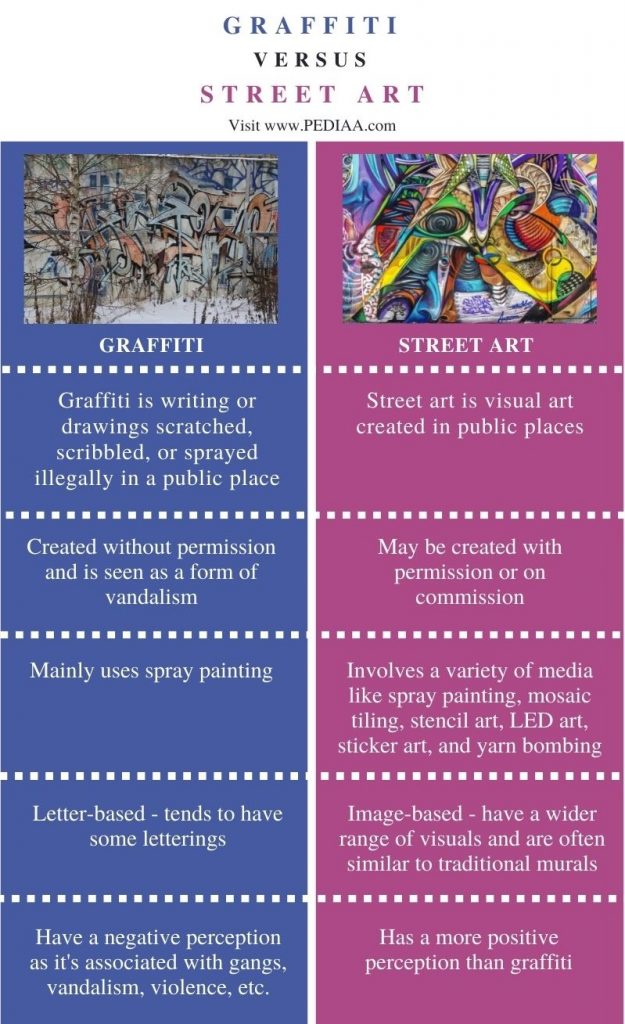 Graffiti is writing, or drawings scratched, scribbled, or sprayed illegally on a wall or other surface in a public place. Since it involves an unauthorized marking of public space, it’s considered a form of vandalism. Some consider graffiti as anti-social behavior as a form of thrill-seeking or to gain attention. Graffiti often involves spray painting. It typically represents rebellion and is the visual language of the unheard. People also associated graffiti with hip-hop culture. It started in urban America during the mid 20th century. Philadelphia and New York were the centers of this art form. 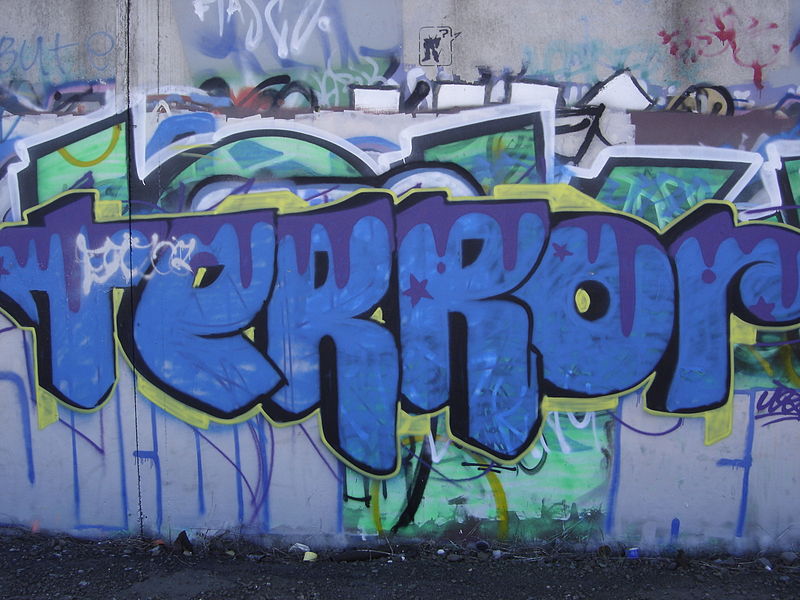 The common perception of graffiti is that it’s spray painting on public walls by members of street gangs. This is because gang members sometimes use graffiti as a form of marking their territory. But in the modern world, people are gradually starting to recognize graffiti as a form of art. However, it is still not universally accepted as art.

What is Street Art 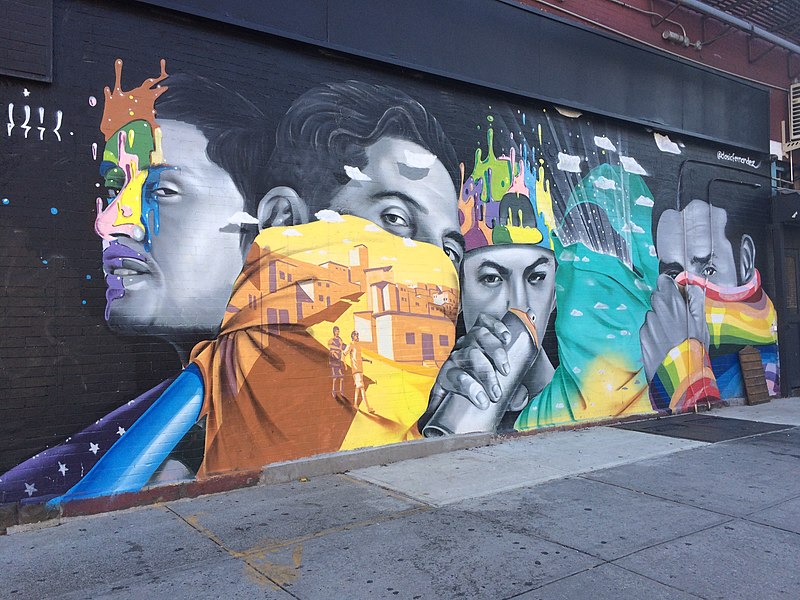 Although street art has its origin in graffiti, it is different from graffiti in terms of its perception. Artists generally create street art to convey a message to the public. These messages are often political ideas or social commentaries that raise the awareness of the public. Some street artists have even gained international fame and have moved into mainstream art. Unlike graffiti, street artists may create art with permission (from the owners of the building) and even through commissions.

Difference Between Graffiti and Street Art

Graffiti is writing, or drawings scratched, scribbled, or sprayed illegally on a wall or other surface in a public place, while street art is visual art created in public places.

Graffiti is usually created without permission and is seen as a form of vandalism, but street art may be created with permission or on commission as well.

While graffiti is letter-based, street art is image-based. In other words, graffiti tends to have some letterings, while street arts have a wider range of visuals and are often similar to traditional murals.

Some people associate graffiti with gangs, vandalism, and violence, so graffiti tends to have a negative image among people, whereas street art has a more positive perception than graffiti.

In brief, the main difference between graffiti and street art is their content and public perception. Graffiti typically includes letters and words, whereas street art includes images. Moreover, people tend to have a negative perception of graffiti as they associate it with gangs, vandalism, and violence, but street art has a more positive perception than graffiti.