The main difference between lipids and cholesterol is that lipids are one of the three main constituents of the living cells together with carbohydrates and proteins whereas cholesterol is a waxy substance, which is an essential component of the cell membrane.

Lipids and cholesterol are two types of organic compounds present in the body, performing vital functions in the body. Furthermore, the three main types of lipids are triglycerides, phospholipids, and steroids while cholesterol is a sterol, a type of lipid. 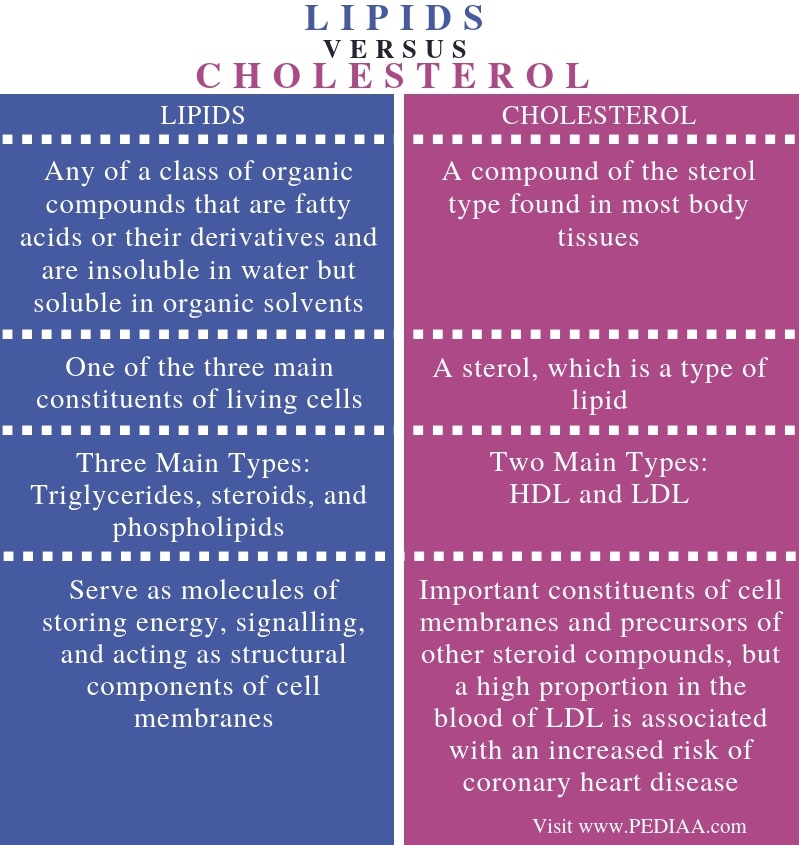 Lipids are a class of organic molecules that are insoluble in water, but soluble in organic solvents. Moreover, they are one of the three main constituents of a living cell along with proteins and carbohydrates. The three main types of lipids are triglycerides, steroids, and phospholipids. 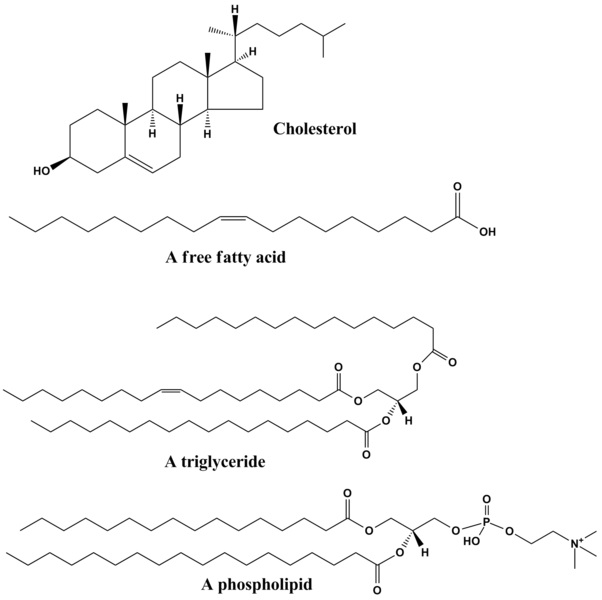 Steroids are organic molecules with four rings arranged in a specific molecular configuration. The two main types of steroids are steroid hormones and cholesterol. Some hormones in the body such as sex hormones, adrenaline, and cortisol are steroids. On the other hand, cholesterol is produced by the body and it serves as precursors to steroid hormones. However, the main function of steroids is to serve as components of cell membranes, altering membrane fluidity and serving as signaling molecules.

Phospholipids are derivatives of triglycerides, only containing two fatty acid chains attached to the glycerol molecule. The third component to be attached is a phosphate group, which makes the phospholipids amphipathic. In addition, its diglyceride part is hydrophobic while the phosphate group is hydrophilic. Therefore, phospholipids help in the formation of the lipid bilayer structure, which serves as a selectively permeable barrier in cell membranes.

Cholesterol is a sterol that serves as a precursor of steroid hormones. It also serves as a component of the cell membrane, allowing cell signaling. Moreover, cholesterol helps in the production of vitamin D and bile. It forms the myelin sheath of the axon of myelinated nerves, increasing the speed of signal transmission. Significantly, cholesterol can be taken into the body through diet while the liver is also capable of synthesizing it. 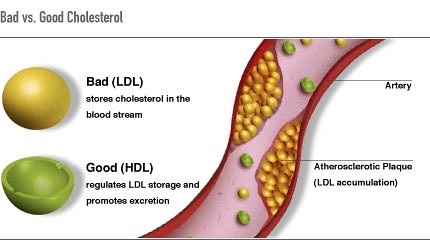 Similarities Between Lipids and Cholesterol

Difference Between Lipids and Cholesterol

Lipids refer to any of a class of organic compounds that are fatty acids or their derivatives and are insoluble in water but soluble in organic solvents while cholesterol refers to a compound of the sterol type found in most body tissues. Thus, this is the main difference between lipids and cholesterol.

Moreover, lipids are one of the three main constituents of living cells while cholesterol is a sterol, which is a type of lipid.

The three main types of lipids are triglycerides, steroids, and phospholipids while the two main types of cholesterols in the body are HDL and LDL.

Lipids serve as molecules of storing energy, signaling, and acting as structural components of cell membranes while cholesterol and its derivatives are important constituents of cell membranes and precursors of other steroid compounds, but a high proportion in the blood of LDL is associated with an increased risk of coronary heart disease. Thus, this is the functional difference between lipids and cholesterol.