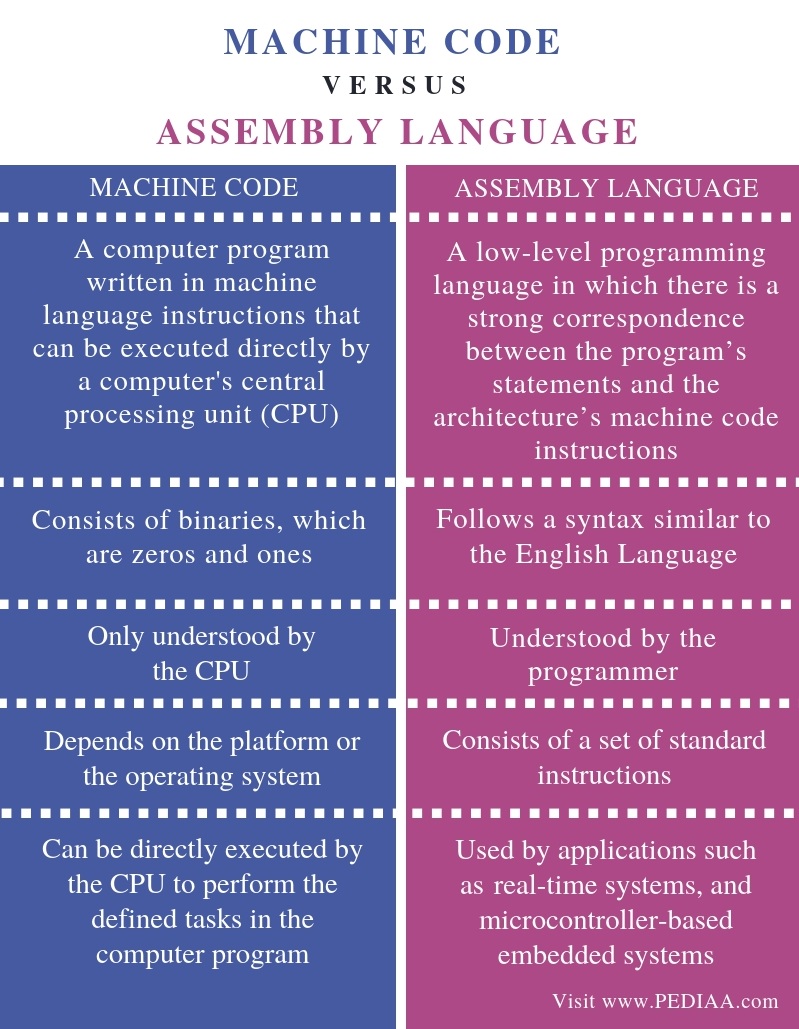 What is Machine Code 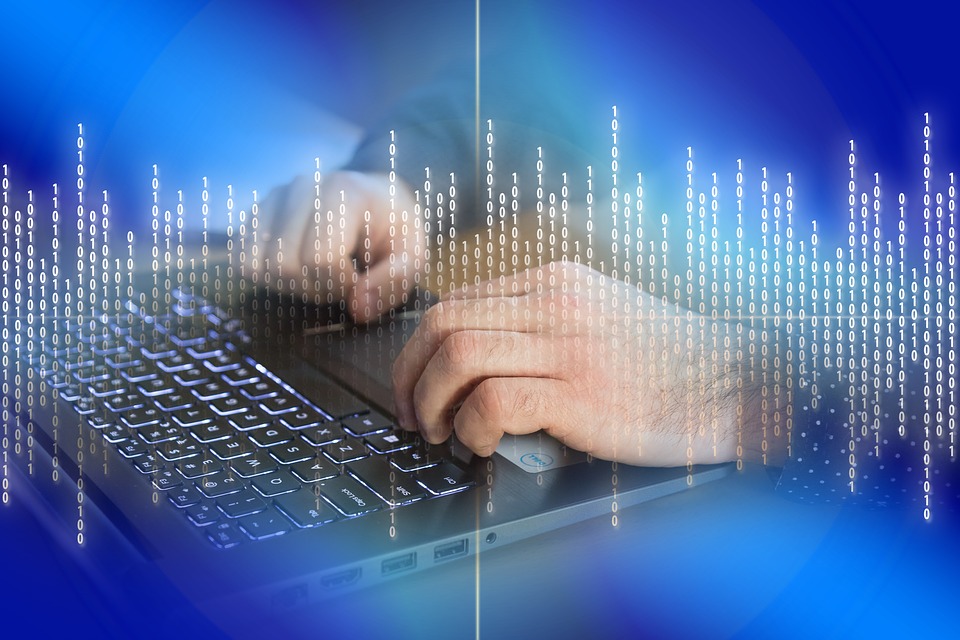 We also call machine code as machine language. It consists of binary digits, which are zeros and ones. The “one” indicates the true state while the “zero” indicates the false state.

What is Assembly Language 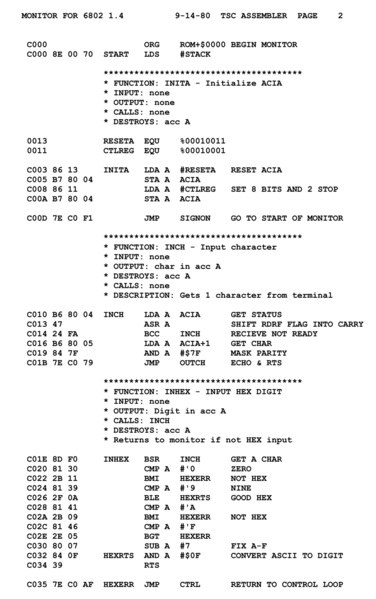 Assembly language is closer to the hardware level. Therefore, it is considered a low-level language. In this, the programmer should have a good understanding of the computer architecture and register structure to write programs in Assembly. Then, an assembler converts the assembly language program into machine code. Hence, this language is more useful for building real-time, embedded systems.

Machine code consists of binaries, which are zeros and ones. Assembly language, on the other hand, follows a syntax similar to the English Language. Therefore, this is a major difference between machine code and assembly language.

Considering the usage, the CPU can directly execute the machine code to perform the defined tasks in the computer program. On the other hand, real-time systems, and microcontroller-based embedded systems are some examples of applications using assembly language.