Millet and sorghum are two cereal grains that share many similarities. Both are gluten-free grains grown in warm regions of the world. Moreover, they are drought-resistant crops that are rich in nutrition. 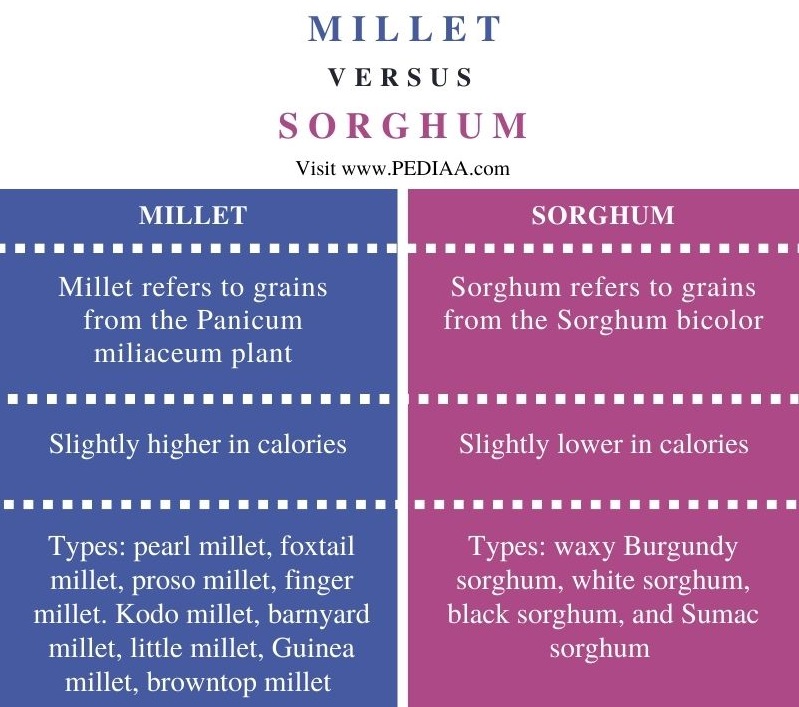 Millet is a cereal grain with highly variable small-seeded grasses that belongs to the Poaceae family. These cereal grains are grown in warm regions with poor soils. They are major crops in the semiarid tropics of Africa and Asia. Moreover, their main advantage over other crops is that they are able to survive in less fertile soils, harsh environments, and droughts. Millet is grown for both human and animal consumption. 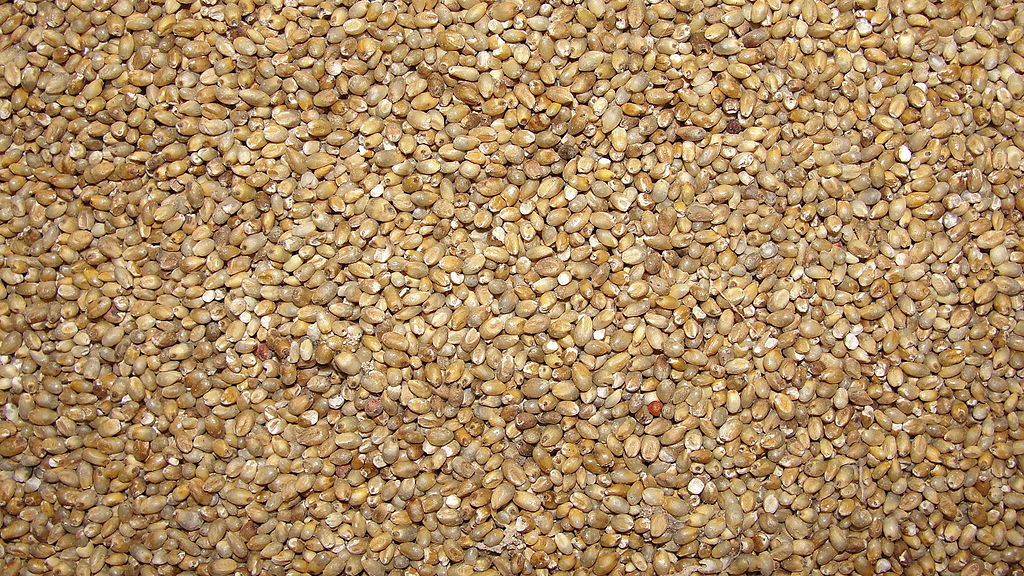 Millet grains are small and round in shape. Furthermore, there are many varieties of millets, and we can divide them into two groups as major and minor millets. Major millets are the most commonly cultivated variety of millets and include pearl millet, foxtail millet, proso millet, and finger millet. Among these, pearl millet is the most popular and intended mainly for human consumption. Minor millets, on the other hand, include Kodo millet, barnyard millet, little millet, Guinea millet, browntop millet, fonio millet, and adlay millet.

Millet grains are naturally gluten-free. They are rich in dietary fibres, proteins, minerals (iron, potassium, magnesium, and phosphorous) and vitamins. Therefore, they are a good source of nutrition, just like fruits and vegetables. Millet can also improve digestion and fight against diabetes.

Sorghum is an Old World cereal grain that belongs to the grass family Poaceae. It’s also native to warm regions of the world and is a major source of grains and stockfeed. Like millet, sorghum is also drought resistant. It’s a popular crop to grow in the drier regions in the world. Sorghum has been introduced to America from Africa, where it has been growing for thousands of years. Moreover, sorghum plants grow tall like corn. 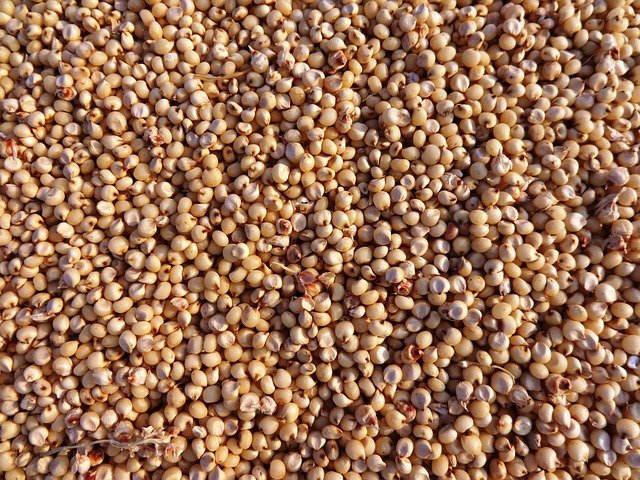 In the US, sorghum is commonly used as a sweetener. It’s also used as livestock feed. Sorghum is also popular as a gluten-free grain. Although it’s less popular in the US, sorghum is the fifth most produced grain crop in the world. It can be cooked like rice, milled into flour, or can be even popped like popcorn. Sorghum flour can also be used as a substitute for wheat flour.  Moreover, whole grain sorghum is commonly used in baking.

Similarities Between Millet and Sorghum

Difference Between Millet and Sorghum

Millet and sorghum have similar nutrient profiles, but millet is slightly higher in calories than sorghum.

Millet and sorghum have similar nutrient profiles, but millet has a slightly higher calorie content than sorghum. Thus, this is the main difference between millet and sorghum.