Monocytes and lymphocytes are two types of white blood cells circulating through the blood. Both of them are agranulocytes as well. 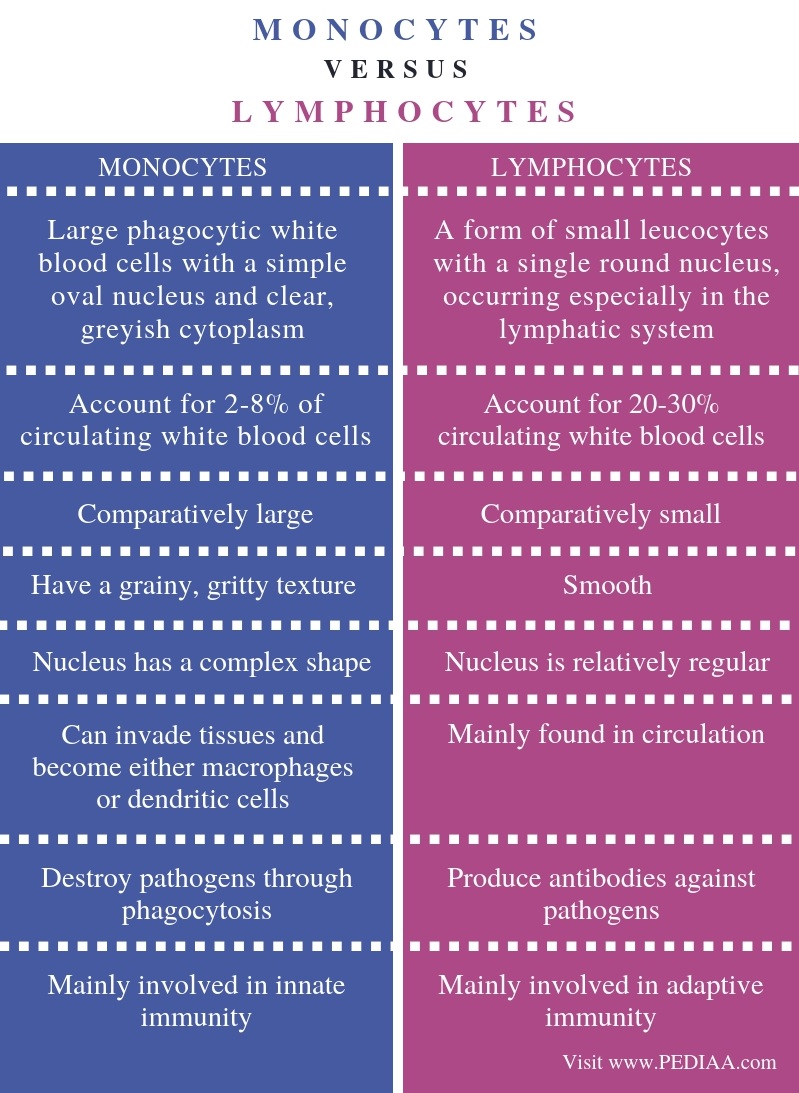 Monocytes are a type of agranulocytes which differentiate from monoblasts. Around 2-8% of the total white blood cells are monocytes. Also, the size of a monocyte is comparatively large and is three times the size of a typical red blood cell. Furthermore, the nucleus of the monocytes is also large and kidney-shaped. Moreover, the monocytes are considered one of the most efficient types of phagocytes. Though they typically occur in the circulation, monocytes can invade tissues to become either macrophages or dendritic cells. 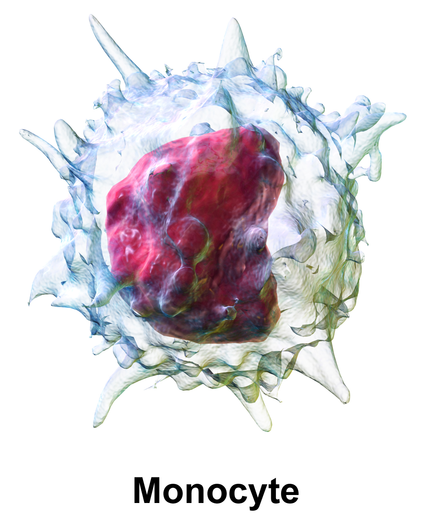 Besides, the main function of these cells is to destroy pathogens by engulfing them through phagocytosis. There are two types of macrophages classified based on their function: wandering macrophages and fixed macrophages. The wandering macrophages travel through the body to find pathogens. Moreover, they are abundant in the skin and the mucous membranes. On the other hand, the fixed macrophages remain in the connective tissue. Furthermore, the cytokines secreted by the monocytes in the infected area attract neutrophils as well as fibroblasts.

Lymphocytes are the other type of agranulocytes that account for 20-30% of the total white blood cell count. Also, they have a significantly high lifespan when compared to the other types of blood cells. 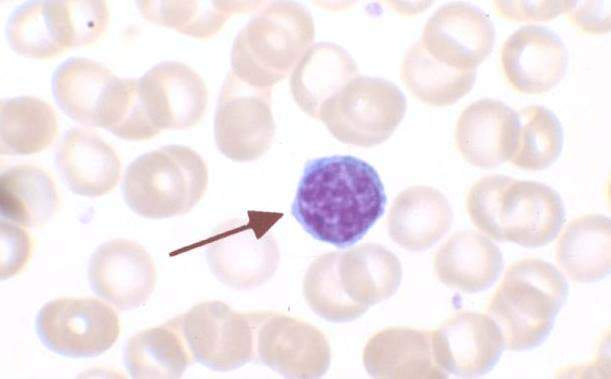 The three main types of lymphocytes are T cells, B cells, and natural killer cells.

Similarities Between Monocytes and Lymphocytes

Difference Between Monocytes and Lymphocytes

Also, monocytes have a grainy, gritty texture while lymphocytes are smooth.

Shape of the Nucleus

Another difference between monocytes and lymphocytes is that the monocytes can invade tissues and become either macrophages or dendritic cells while lymphocytes are mainly found in circulation.