Neutrophils are the most abundant white blood cell type in the blood. They contain a granular cytoplasm as well as a nucleus with two to five lobes. A normal adult produces around 100 billion neutrophils daily.  Neutrophils are one of the first cells to migrate into the site of an inflammation, following the cytokine signals produced by the infected cells. This process of migration is called chemotaxis. Neutrophils show an ameboid movement by extending long projections called pseudopodia. They engulf microorganisms, cell debris as well as dead cells by active phagocytosis. The enzymes stored in the granules are involved in the digestion of phagocytized particles. During the metabolism inside the granules, hydrogen peroxide is produced. The phagocytized particles are encased in a vacuole to which the hydrogen peroxide is released and by the action of hydrogen peroxide, particles are destroyed. The depletion of granules is referred to as degranulation. Neutrophil numbers increase due to acute infections. The abnormal lower numbers of neutrophils are referred to as neutropenia. A neutrophil is shown in figure 1. 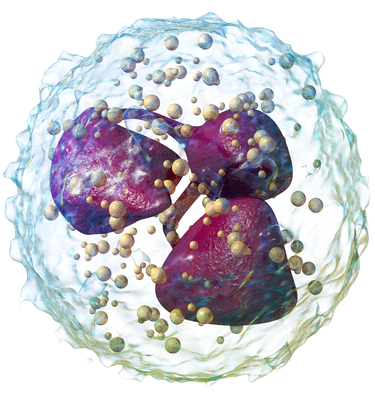 Macrophages are a type of white blood cells, which are active in tissues and are capable of phagocytizing microorganisms. The circulating cells called monocytes are capable of migrating into infected tissues and differentiating into macrophages. Both monocytes and macrophages are agranulocytes. Macrophages engulf unwanted particles and form a phagosome. This phagosome is fused with a lysosome containing enzymes to digest the phagocytized particle. Phagocytes can be found in Langerhans cells in the skin, Kupffer cells in the liver, the pigmented epithelium of the eye and the microglia in the brain. Figure 2 below shows a macrophage forming two pseudopodia to engulf particles. 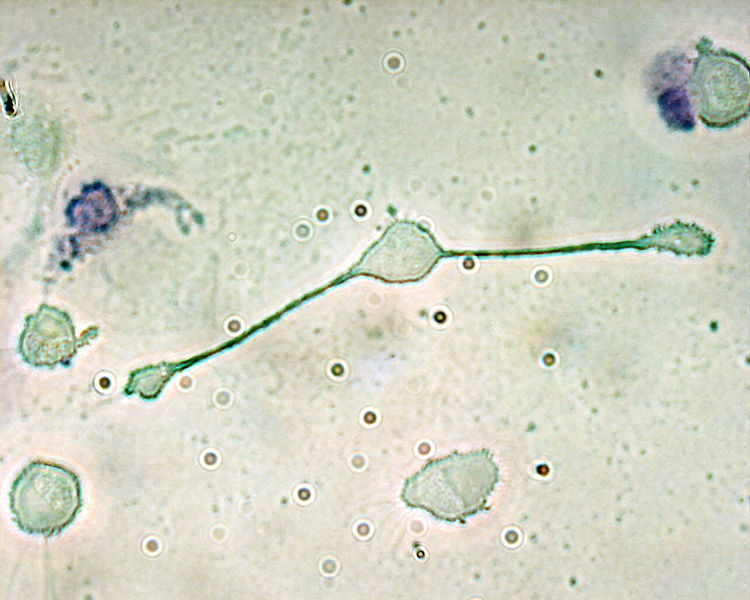 Similarities Between Neutrophils and Macrophages

Difference Between Neutrophils and Macrophages

Neutrophils: Neutrophil is a granular leukocyte, comprising of a nucleus with three to five lobes.

Macrophages: Macrophage is a large white blood cell that engulfs foreign particles in the body.

Shape of the Nucleus

Neutrophils: Neutrophils have a multi-lobed nucleus.

Neutrophils: Neutrophils consist of Ly6G+, and MPO+ receptors on the cell membrane.

Macrophages: Very few macrophages can be found in circulation.

Neutrophils: During innate and acquired immunity, mature neutrophils migrate from circulation into tissues.

Macrophages: Only immature monocytes migrate from the circulation into tissues.

Neutrophils: Mature neutrophils do not reside in connective tissues.

Neutrophils: No phenotypic variations are observed in neutrophils.

Macrophages: M2 macrophages are capable of proliferating in certain circumstances.

Neutrophils: The lifespan of neutrophils is typically several days.

Macrophages: The life span of macrophages is weeks to months.

Neutrophils: Neutrophils are the first to attack bacteria at the site of infection. The action of neutrophils forms pus.