MTT and MTS assay are two types of assays used to measure cell viability in vitro. They help to reveal the effect of the test molecules on cell proliferation and cytotoxicity, affecting the cell viability. Furthermore, MTT assay is more time consuming than MTS assay. 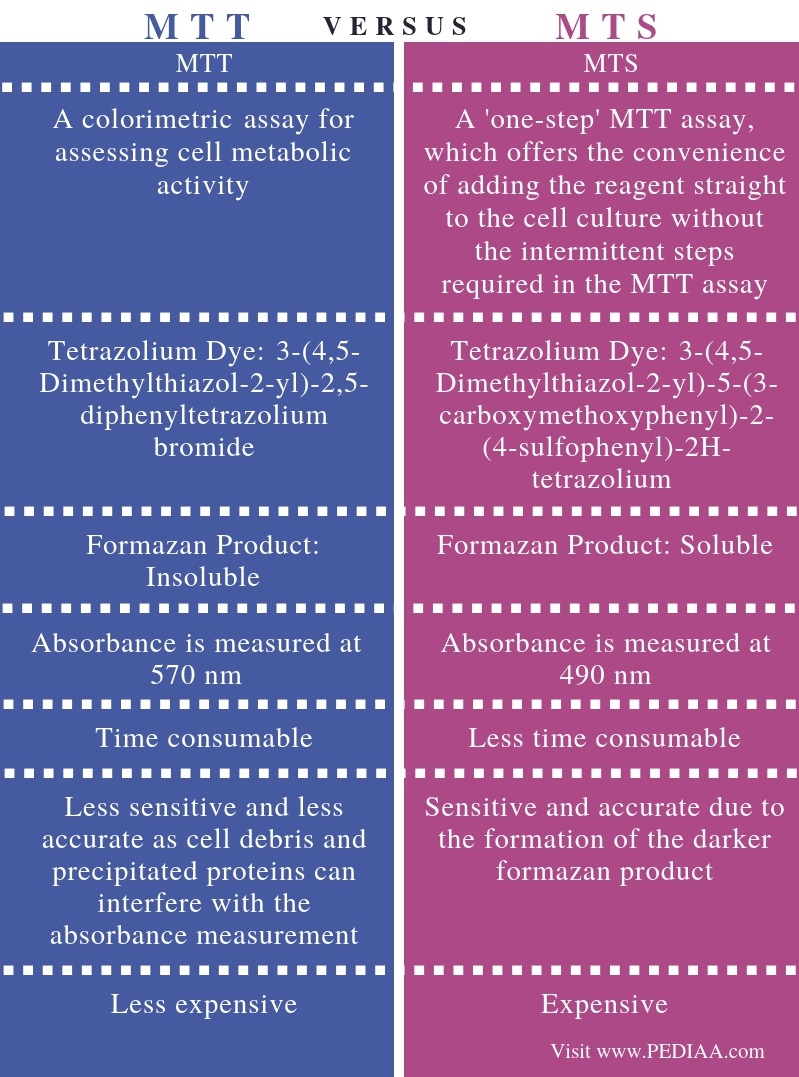 What is MTT Assay

MTT assay is the first homogeneous cell viability assay developed for a 96-well format suitable for high throughput screening (HTS). The principle of this assay is to determine the cell viability based on the ability of cells to reduce a tetrazolium dye by the action of the enzyme, NAD(P)H-dependent cellular oxidoreductase, which is present in the viable cells. Here, the tetrazolium dye used for the MTT assay is 3-(4,5-dimethylthiazol-2-yl)-2,5-diphenyltetrazolium bromide, which is yellow in color. The above mentioned enzymatic action results in the formation of an insoluble formazan product in the form of crystals precipitated inside cells and near the cell surface and in the culture medium. However, as the quantity of formazan product is measured by means of measuring the absorbance, the insoluble crystals have to be solubilized first and then the absorbance can be measured at 570 nm.

However, although the MTT assay uses fewer materials and steps, there are some disadvantages to this method. The assay is not suitable for suspending cells. Moreover, precipitated proteins and cell debris present in the sample can interfere with the absorbance measurement, reducing the sensitivity as well as the accuracy of the assay. Also, the assay time and the number of cells present in the sample have to be optimized for each cell type.

What is MTS Assay 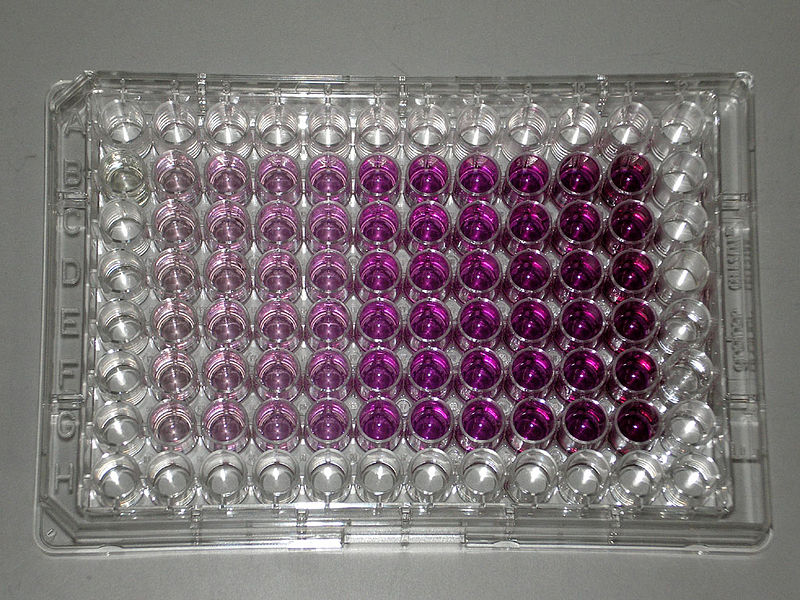 Similarities Between MTT and MTS Assay

Difference Between MTT and MTS Assay

MTT assay refers to a colorimetric assay for assessing cell metabolic activity while MTS assay refers to a ‘one-step’ MTT assay which offers the convenience of adding the reagent straight to the cell culture without the intermittent steps required in the MTT assay. Thus, this is the main difference between MTT and MTS assay.

Type of Tetrazolium Dye Used in the Assay

The solubility of the Formazan Product

Time is also a difference between MTT and MTS assay. MTS assay is less time consumable than MTT assay.

Besides, MTT assay is less sensitive and less accurate as cell debris and precipitated proteins can interfere with the absorbance measurement while MTS assay is more sensitive and accurate due to the formation of the darker formazan product.

Another difference between MTT and MTS assay is the cost. MTT assay is less expensive than MTS assay.