Home » Public » Legal » What is the Difference Between Murder and Manslaughter

Homicide is the legal term for any killing of a human being by another human being. Therefore, homicide also refers to killing by accident or in self-defense. Murder and manslaughter are criminal homicides. However, the distinction between these two crimes lies in the state of mind or the intention of the killer/perpetrator in committing the crime. 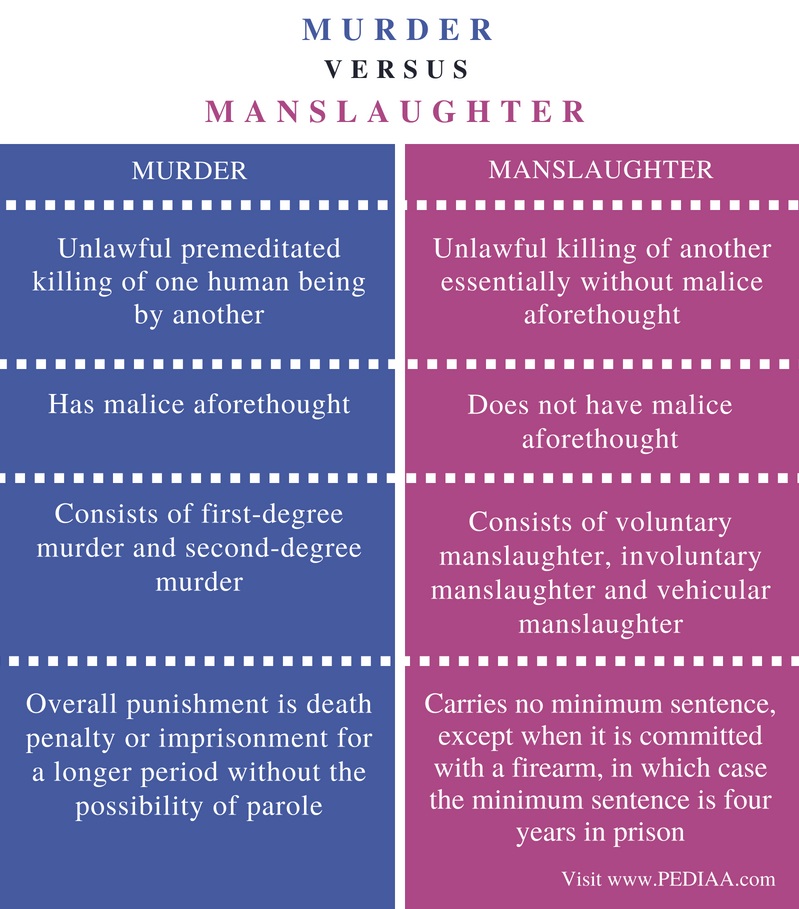 What is Malice Aforethought

Malice aforethought under the criminal law means ‘A predetermination to commit an act without legal justification or excuse. A malicious design to injure.’

To commit a first-degree crime, a clear malicious intention (where the perpetrator is unconcerned about the life of the other) becomes an integral part. Moreover, malice aforethought of the perpetrator highlights the killing was intentional and premeditated (where a certain period of time is consumed to plan and enact the murder)

Under the criminal law, there are four different states of mind that the courts consider to be evidence of an actor’s malice. They are:

Moreover, it is this intention of the perpetrator to kill or harm the other, which distinguishes murder from unlawful killing.

Murder is basically a criminal homicide that essentially has malice aforethought. Therefore, the murderer has undergone all the stages of malice aforethought: clear intention to kill or cause reckless bodily harm and enacting the crime as a result of the indifferent attitude to the value of human life. In brief, murder is the unjustified killing of another. As a result, this crime is considered a felony.

In fact, to qualify a certain killing as a murder, it should be unlawful, meaning not legally accepted and committed with malicious aforethought. Usually, to perform a certain murder, there has to be proper planning of the crime.

First-degree murder applies to homicide killings that are more dangerous and more aggravated in addition to having a malice aforethought. Moreover, they are morally blameworthy than others. This is also known as ‘capital murder’.

Killings involving malice that don’t amount to first-degree murder tend to fall under second-degree murder. This murder is also referred to as the common law murder (a public wrong). However, the criteria to specify a murder as a capital murder or not may vary according to the law of the specific state. Examples of both these murder types may include rape, assault, strangling, stabbing, poisoning, etc.

Nevertheless, the murder of any degree is always characterized by an intentional killing that has proper premeditation. As a consequence, it is graded as a felony and can be a capital crime punishable in many states by the death penalty.

In contrast to murder, manslaughter falls into the category of homicide crimes that do not have any malice aforethought. By definition, manslaughter means ‘the unlawful killing of a person without malice or prior thought”. Therefore, manslaughter is most often happens as a result of ‘the heat of passion’. The perpetrator does not have any intention to take the life of another at all, unlike during a murder. Even though this is considered a serious crime, the punishment for this is less severe than punishment to murder. However, the punishment may vary according to the different jurisdictions of the varied states.

Voluntary manslaughter happens when a person voluntarily kills another even though he clearly didn’t have any prior plan or intention to kill the victim. Often it is this manslaughter type that takes place as a result of the ‘heat of the passion’. (For example, an angry husband killing his wife after catching her red-handed with another man). 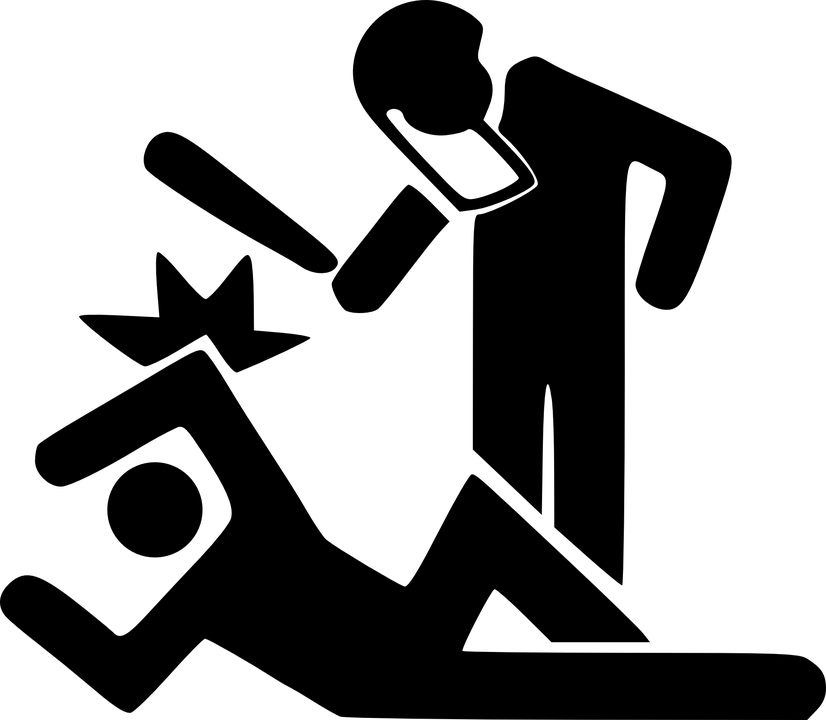 Involuntary manslaughter is when the perpetrator’s unintentional actions or his or her reckless behaviour (usually while committing a minor crime) caused the death of the victim. Usually the perpetrator’s negligence, reckless behaviour, etc. are the most common causes for these types of crimes. (A person was trying to pickpocket another, and after being caught, he violently hits the victim with a nearby object in order to escape, but eventually, the victim died out of internal haemorrhage, a doctor engaging in illegal abortion and the patient dies due to anaesthesia overdose)

Vehicular manslaughter is usually referred to as killing another while illegally, negligently, or recklessly while operating a motor vehicle. Therefore, this type of crime is primarily associated with deaths caused by reckless driving. (Hitting another vehicle and killing the passenger since the perpetrator was texting while driving and lost the control of the vehicle)

Similarity Between Murder and Manslaughter

Difference Between Murder and Manslaughter

Murder differs from voluntary manslaughter in that the latter’s perpetrator had no prior intent to kill the victim, and probably acted in the heat of passion.

The usual punishment for manslaughter carries no minimum sentence, except when it is committed with a firearm, in which case the minimum sentence is four years in prison. Sentences vary according to the state and gravity of the crime.