The main difference between mutation and mutagen is that mutation is a heritable change in the sequence of the genetic material of a particular organism whereas mutagen is the agent that causes a mutation. Furthermore, mutations can be classified based on different aspects; chemical, physical or biological agents that can serve as mutagens.

Mutation and mutagen are two related terms used to describe heritable changes in the nucleotide sequence of a particular organism. Mutations can change the genotype and the phenotype of the organism, leading to evolution. 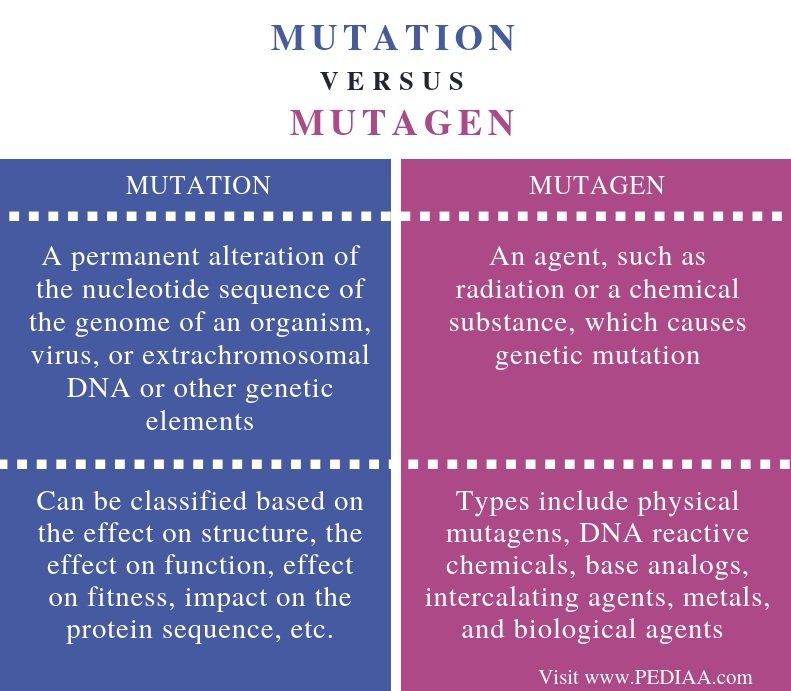 A mutation is a heritable change in the nucleotide sequence of the genome of a particular organism. It can occur during DNA replication or due to external mutagens. DNA repair mechanisms are responsible for correcting both types of errors. However, most mutations with a positive effect are inheritable. Here, the effect of the mutation can be either beneficial or harmful. Beneficial mutations exert phenotypes that make the organism more suitable to the environment. Also, many mutations are harmful since they disrupt the normal function of genes, causing diseases like cancers. 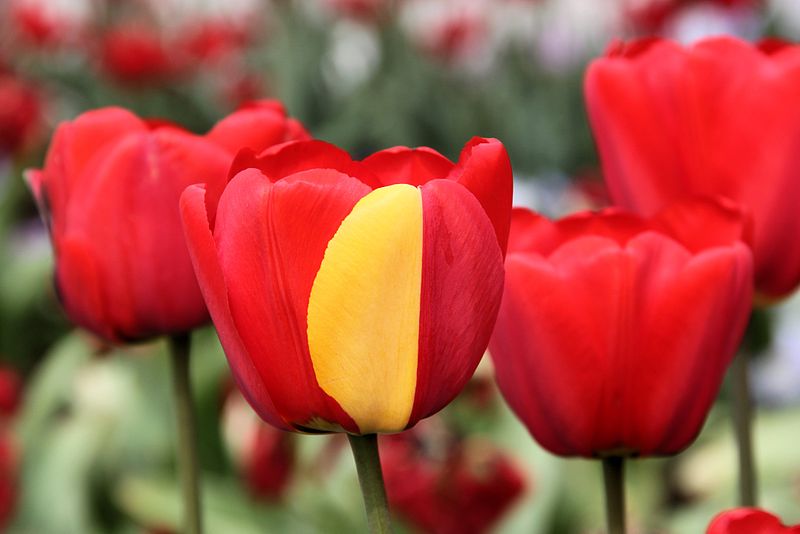 Furthermore, the more common form of classification of mutations is by the effect of the mutation on the structure of the nucleotide sequence. Here, mutations with a minute effect are small-scale mutations (point mutations) including insertions, deletions, and nucleotide substitutions. Meanwhile, mutations with a considerable effect on the structure of the chromosomes are large-scale mutations including gene duplications, chromosomal rearrangements like translocations and inversions, and loss of heterozygosity. 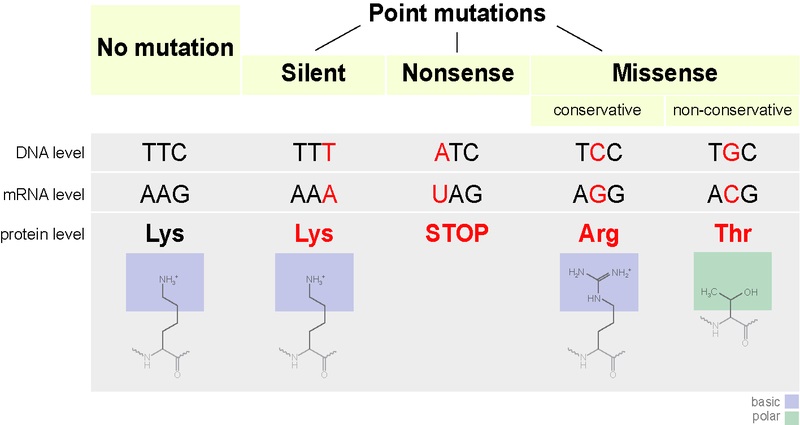 What is a Mutagen

A mutagen is an agent that makes changes in the nucleotide sequence, sometimes leading to mutations. It is responsible for increasing the frequency of mutations above their natural level. Since mutagens cause changes in the nucleotide sequence of genes, they are identified as genotoxic. Their effect on the transcription and DNA replication can exert lethal effects. However, the effect of different mutagens on DNA is different. 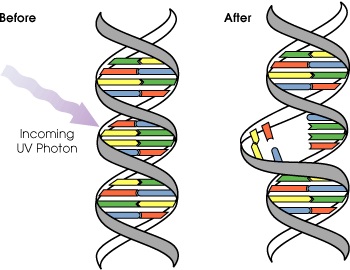 Similarities Between Mutation and Mutagen

Difference Between Mutation and Mutagen

A mutation refers to a permanent alteration of the nucleotide sequence of the genome of an organism, virus, or extrachromosomal DNA or other genetic elements while a mutagen refers to an agent, such as radiation or a chemical substance, which causes genetic mutation. Thus, this is the main difference between mutation and mutagen.

A mutation can be classified based on the effect on structure, the effect on function, effect on fitness, impact on the protein sequence, etc. while types of mutagens include physical mutagens, DNA reactive chemicals, base analogs, intercalating agents, metals, and biological agents.

A mutation is a heritable change in the nucleotide sequence of the genome. It can arise either during DNA replication or due to external agents called mutagens. Either physical, chemical or biological factors can cause mutations. Therefore, the main difference between mutation and mutagen is their correspondence.