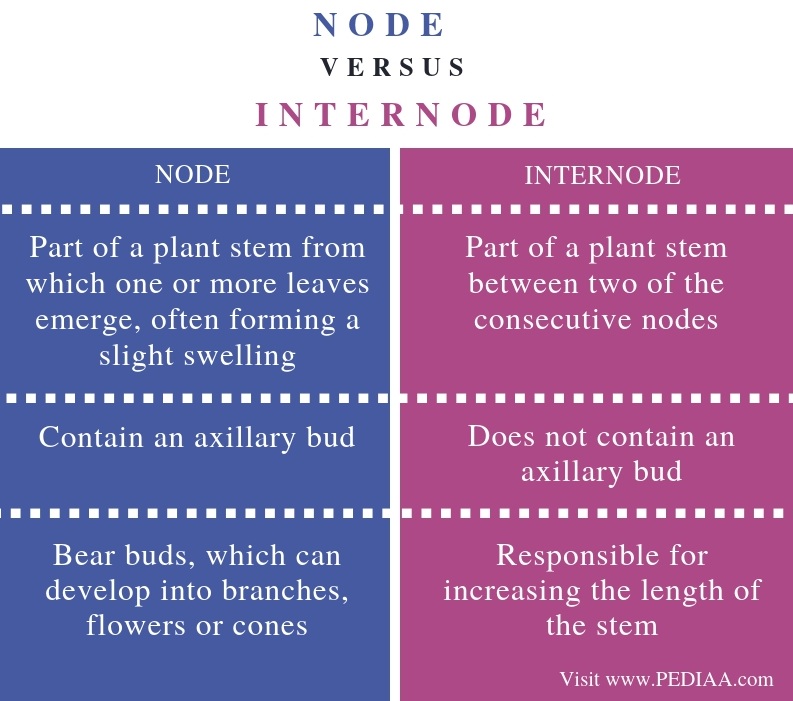 What is a Node

A node is the structural part of the stem of vascular plants, which forms a slight swelling in the stem. Nodes contain either scars or generative structures such as axillary buds, flower buds, or buds of cones. The axillary buds are responsible for the development of branches. Aerial roots also develop from some plant nodes. 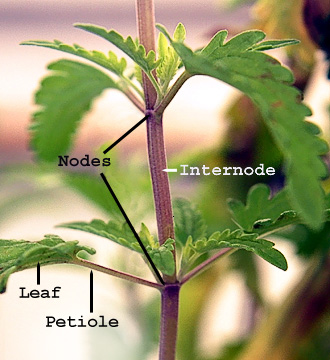 The identification of nodes is important for the vegetative propagation of plants. Most woody and herbaceous plants can be propagated through stem cutting. For successful rooting, a cut more than 6 inches in length should be taken from the mother plant. Also, pruning is a method used to maintain the size of the plant and when the stems are pruned above a node, the axillary bud of that node becomes induced and produce new stems. When budding, the node of one plant serves as the scion and it should be cut off with the cambium.

What is an Internode 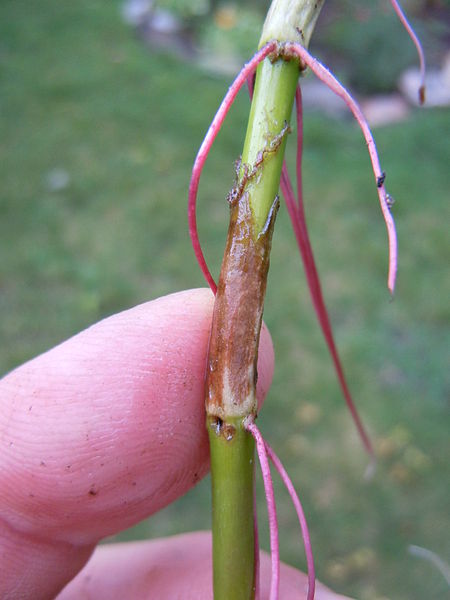 Furthermore, both xylem and phloem occur in the internode; therefore, the main function of internodes is transportation. The xylem is responsible for the transportation of water from the roots to the leaves while the phloem is responsible for the translocation of food from leaves to the storage parts. Other than that, the lengthening of the internodes increases the height of the plant.

Similarities Between Node and Internode

Difference Between Node and Internode

Another difference between node and internode is that while nodes contain an axillary bud, internodes lack axillary buds.

There is also a difference between node and internode in their respective functions. Nodes bear buds which can develop into branches, flowers or cones while internodes are responsible for increasing the length of the stem.

A node is a slight swelling of the stem of a vascular plant characterized by the presence of a scar or axillary bud, which develops into a branch. Other than axillary buds, nodes may contain flower or cone buds. An internode is the part of the stem between two consecutive nodes. It is responsible for increasing the height of the plant. Therefore, the main difference between node and internode is the structure and the function.