Oncogene and protooncogene are two types of cancer-causing genes. These genes are involved in the regulation of cell division. 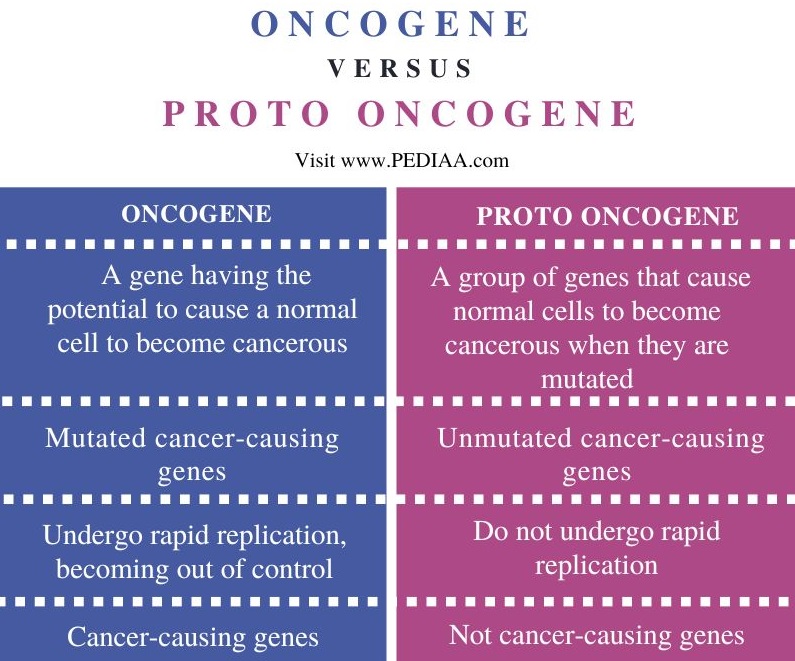 An oncogene is a cellular gene (a proto-oncogene) that is dysfunctional due to mutation and fusion with another gene or overexpression. Generally, oncogenes deregulate cell proliferation and suppress apoptosis. Before undergoing mutation, oncogenes are known as proto-oncogenes. More importantly, proto-oncogenes play a key role in regulating cell division. Therefore, a mutation in proto oncogenes causes cancers by changing into oncogenes. Mutations change the function of the proto-oncogene resulting in uncontrollable cell multiplication. Normally, it pushes cells to divide again and again. 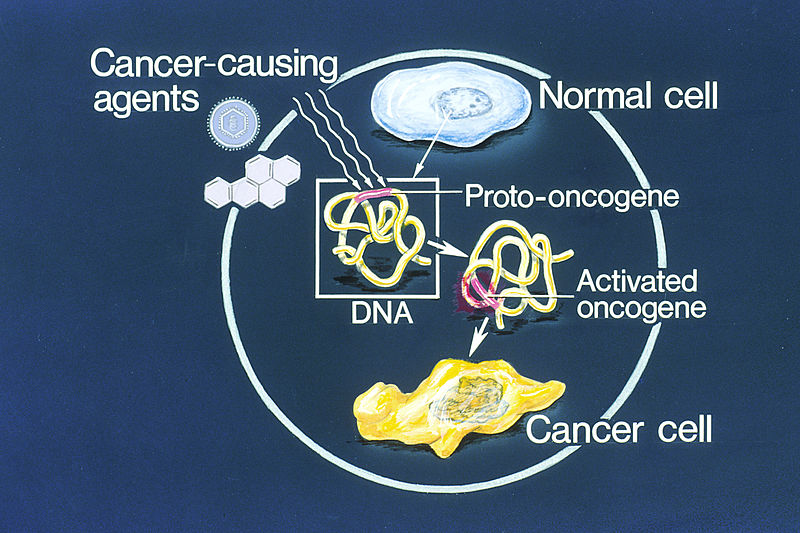 Furthermore, the name oncogene suggests that the gene can cause cancer. The initial identification of oncogenes was in viruses and these oncogenes can cause cancer in animals. However, oncogenes are normal cellular genes that undergo mutations to get impair function, which is the regulation of cell proliferation. In addition, these oncogenes can regulate cell growth and apoptosis. Therefore, mutated copies of these genes allow uncontrolled cell division, growth, and suppressed apoptosis.

Proto-oncogenes are a group of genes that cause normal cells to become cancerous when they are mutated. Mutations in proto-oncogenes are typically dominant in nature, and the mutated version of a proto-oncogene is called an oncogene. More importantly, proto oncogenes encode proteins that help to stimulate cell division, inhibit cell differentiation, and halt cell death. However, all of these processes are important for normal human development and for the maintenance of tissues and organs. Oncogenes, however, show impaired function that leads to increased cell division, decreased cell differentiation, and inhibition of cell death.

Similarities Between Oncogene and Proto-Oncogene

Difference Between Oncogene and Proto-Oncogene