Apoptosis and necrosis are two mechanisms involved in the cell death in multicellular organisms. Apoptosis is considered as a naturally occurring physiological process whereas necrosis is a pathological process, which is caused by external agents like toxins, trauma, and infections. Apoptosis is a highly regulated, timely process whereas the necrosis is an unregulated, random process. Inflammation and tissue damage are observed in necrosis. The main difference between apoptosis and necrosis is that apoptosis is a predefined cell suicide, where the cell actively destroys itself, maintaining a smooth functioning in the body whereas necrosis is an accidental cell death occurring due to the uncontrolled external factors in the external environment of the cell.

Apoptosis is a programmed cell death (PCD), which is a regular and controlled mechanism of the growth and development of an organism. It is also called as cellular suicide; in this process, the cell itself takes part in its death. Apoptosis allows the maintaining of the balance of cell multiplication. That means, each and every cell in the body have a self-life. The common example is red blood cells, which lives only for 120 days and destroys themselves inside the body by apoptosis.

Apoptosis occurs through well-defined, consequent morphological changes. The cell shrinks by drying, condenses and finally gets fragmented. Condensation of chromatin in the nucleus is a hallmark of apoptosis. Small membrane-bound vesicles called apoptotic bodies are formed, containing the cell contents. Hence during apoptosis, no release of the content of the cell into the extracellular environment is observed, without generating an inflammatory response. In contrast, cell death responding to the tissue damage in necrosis exhibit distinct morphological changes to apoptosis. 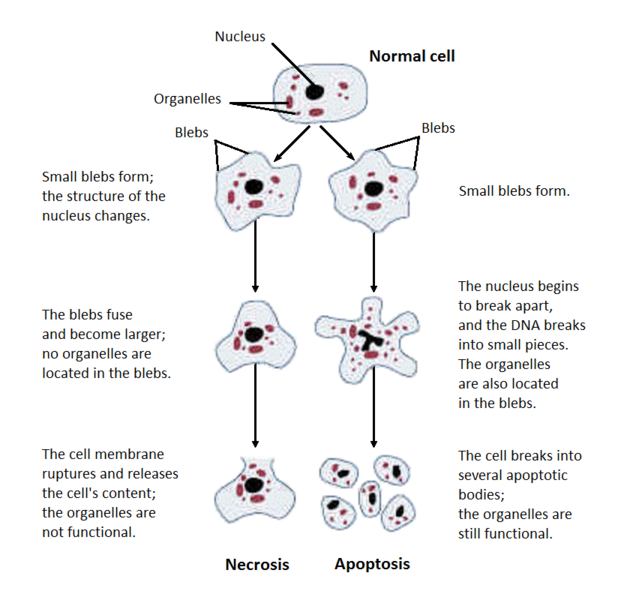 Figure 1: Structural changes during apoptosis compared to the necrosis

Necrosis is the another type of cell death, occurring in cells due to their high exposure to extreme conditions, which vary from the normal conditions. The extreme conditions cause damage to the internal cellular environment along with rapid cell and tissue damage. Hence, necrosis is characterized as a passive, accidental cell death. During necrosis, cellular content is released into the extracellular milieu, generating deleterious effects on the neighboring cells.

Six types of morphologically distinct types of necrosis can be identified:

Necrosis is caused by mechanical trauma, damage in blood vessels, ischemia and thermal effects like extremely high or low temperature. Spider bites may also cause necrosis. An area in a breast lymph exhibiting fat necrosis is shown in figure 2. Necrotic adipocytes are surrounded by an inflammatory reaction with cholesterol cleft is shown. 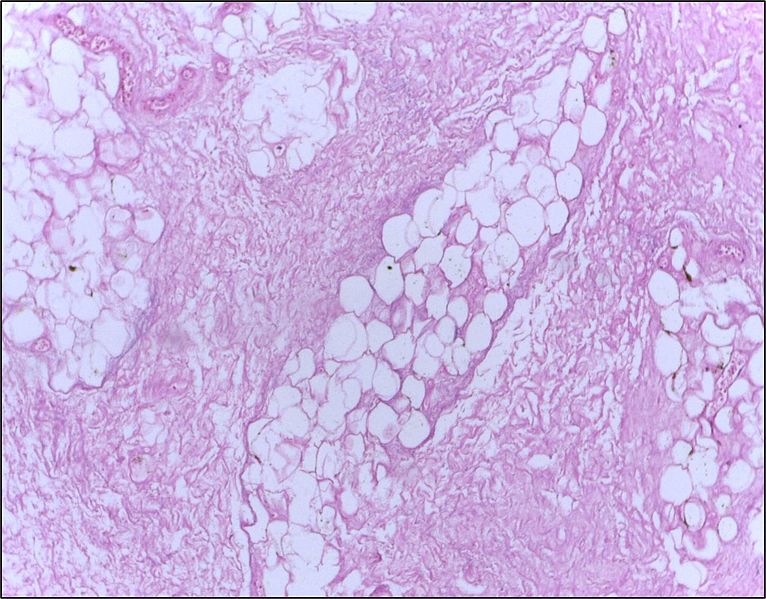 Difference Between Apoptosis and Necrosis

Apoptosis: Apoptosis occurs through shrinking of cytoplasm followed by the condensation of the nucleus.

Necrosis: Necrosis occurs through swelling of cytoplasm along with mitochondria followed by cell lysis.

Necrosis: Necrosis is a pathological process, which is caused by external agents like toxins, trauma, and infections.

Apoptosis: During apoptosis, blebbing of the plasma membrane is observed without losing its integrity.

Apoptosis: Chromatin is aggregated during apoptosis.

Necrosis: No structural change is observed in chromatin during necrosis.

Apoptosis: During apoptosis, mitochondria become leaky by forming pores on the membrane. Organelles in an apoptotic cell still function even after the cell death.

Necrosis: During necrosis, organelles are disintegrated by swelling. Organelles in a necrotic cell do not function after the cell death.

Apoptosis: Mitochondria become leaky while the integrity of lysosomes are kept as it is during apoptosis.

Necrosis: Lysosomes become leaky while the integrity of mitochondria are kept as it is during necrosis.

Apoptosis: Membrane-bound vesicles, which are called apoptotic bodies are formed by apoptosis, fragmenting the cell into small bodies.

Necrosis: No vesicles are formed but complete cell lysis occurs, releasing the cell contents into extracellular fluid during necrosis.

Apoptosis: Apoptosis is tightly regulated by its activation of the pathway by enzymes.

Necrosis: Necrosis is an unregulated process.

Necrosis: Necrosis is an inactive process, hence no energy is required for the process.

Apoptosis: Since apoptosis is an active process it does not occur at  4 °C.

Apoptosis: During apoptosis, various factors like cytochrome C and AIF are released into the cytoplasm of the dying cell by its mitochondria.

Necrosis: No factors are released into the cytoplasm.

Apoptosis: Apoptotic cells are phagocytized either by phagocytes or adjacent cells.

Necrosis: Necrotic cells are only phagocytized by phagocytes.

Apoptosis: Neither inflammation nor tissue damage is caused by apoptosis.

Necrosis: A significant inflammatory response is generated by the immune system of the organism during necrosis. Necrosis may cause tissue damage.

Apoptosis: Apoptosis is often beneficial. But, abnormal activity may cause diseases.

Necrosis: Necrosis is always harmful to the organism. Untreated necrosis may be fatal.

Apoptosis: Apoptosis is involved in controlling cell number in the body of multicellular organisms.

Necrosis: Necrosis is involved in the tissue damage and the induction of immune system, defending the body from pathogens as well.

Apoptosis and necrosis are the two variations of cell death found in multicellular organisms. The main difference between apoptosis and necrosis is the mechanisms involved in the cell death. Apoptosis is a natural physiological process while necrosis is a pathological process, caused due to external agents like toxins, trauma, and infections. Apoptosis is involved in controlling the cell number in the body while necrosis is involved in the induction of immune system, defending the body from pathogens. Non-apoptotic cells lead to the formation of either tumors or cancers. Increased rate of apoptosis leads to disease conditions in heart, liver, and AIDS as well. Necrosis occurs when the cells are damaged by its exposure to extreme conditions like toxins, increased temperature, and decreased oxygen levels. It also leads to tissue damage and inflammation.