Parmesan and pecorino are two hard gratable cheese with Italian origins. We use both these in similar dishes, especially spaghetti and pasta dishes. However, there are several differences between parmesan and pecorino since they are made from different types of milk and undergo different processing. 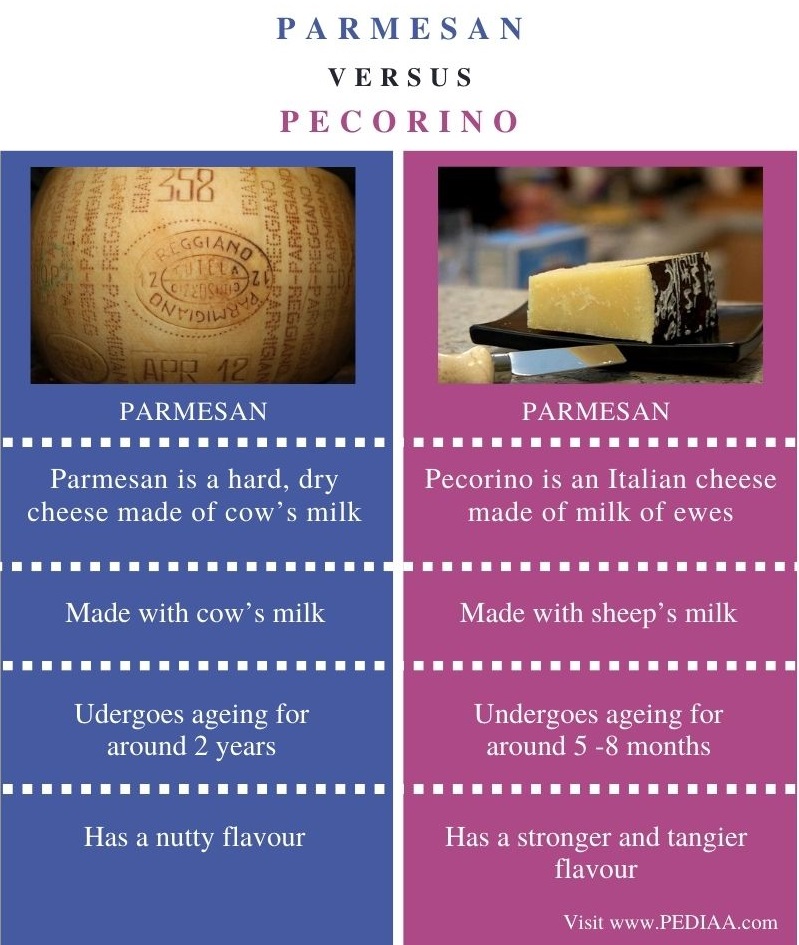 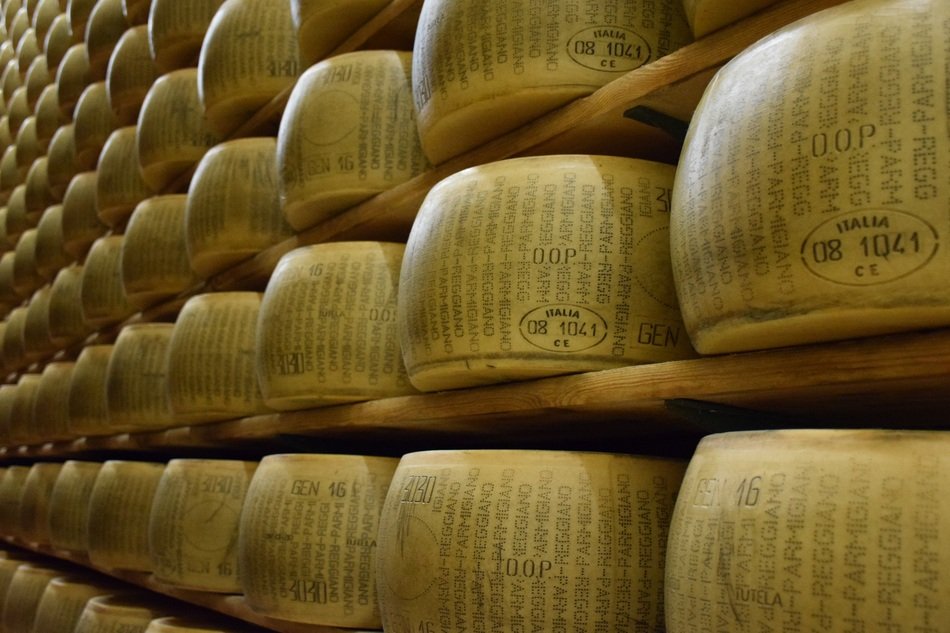 Genuine Parmesan cheese has a hard, gritty texture. Besides, it is fruity and nutty in taste. Also, it is pale yellow in colour. Moreover, parmesan is the cheese we use with Spaghetti and other Italian pasta; we can also use it in soups and risottos. You can also eat this eat as a snack.

Pecorino is an Italian cheese made from the milk of ewes. The name pecorino comes from Italian pecora, which means sheep. Therefore, pecorino refers to all types of cheese made from sheep’s milk. Most of these cheeses have a rather salty taste. They are creamery, hard, drum-shaped cheeses. Moreover, pecorino has a smooth, hard rind that is the pale straw to dark brown. The colour of the rind will depend on the age of the cheese. Moreover, the inside of the cheese is white to pale yellow in colour, with irregular, small eyes. 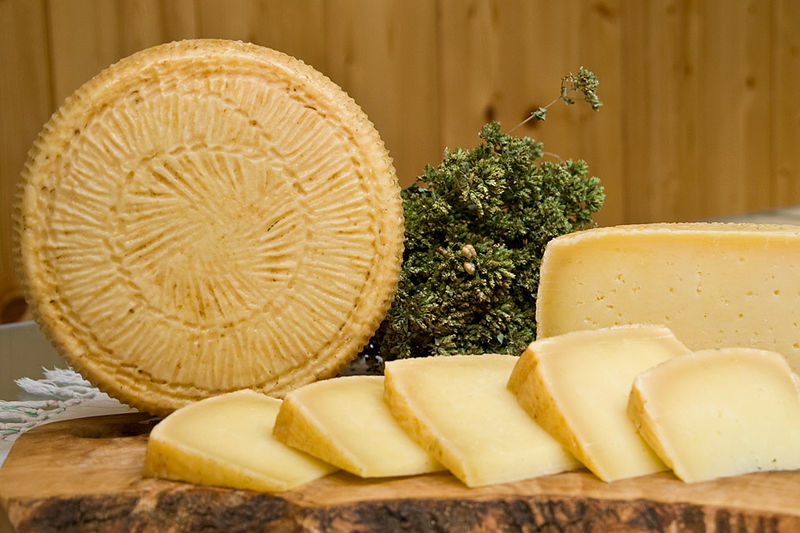 Pecorino Romano is the most widely popular pecorino outside of Italy, and it originates from Sardinia, Lazio and Tuscan Province of Grosseto. Pecorino Sardo also comes from Sardinia while Pecorino Siciliano comes from Sicily and Pecorino di Filiano from Basilicata. We mostly use pecorino Romano on pasta dishes, like parmesan. In addition, we call the more mature Pecorinos ‘stagionato’, and they have a hard and crumbly texture with tangy and strong flavours. Sometimes, the cheese flavour can overpower the dish if we add pecorino generously.

Similarities Between Parmesan and Pecorino

Difference Between Parmesan and Pecorino

Parmesan undergoes ageing for around 2 years while the ageing time for pecorino is somewhere between 5 – 8 months.

Parmesan has a nutty flavour whereas pecorino has a stronger and tangier flavour.