The main difference between pepperoni and salami is that pepperoni has a spicier flavor than salami. This is because pepperoni contains spices like paprika, cayenne pepper, and chili pepper.

Pepperoni and salami are cured sausages we make from pork and beef. There are many similarities between the two. In fact, we can describe pepperoni as a type of salami. 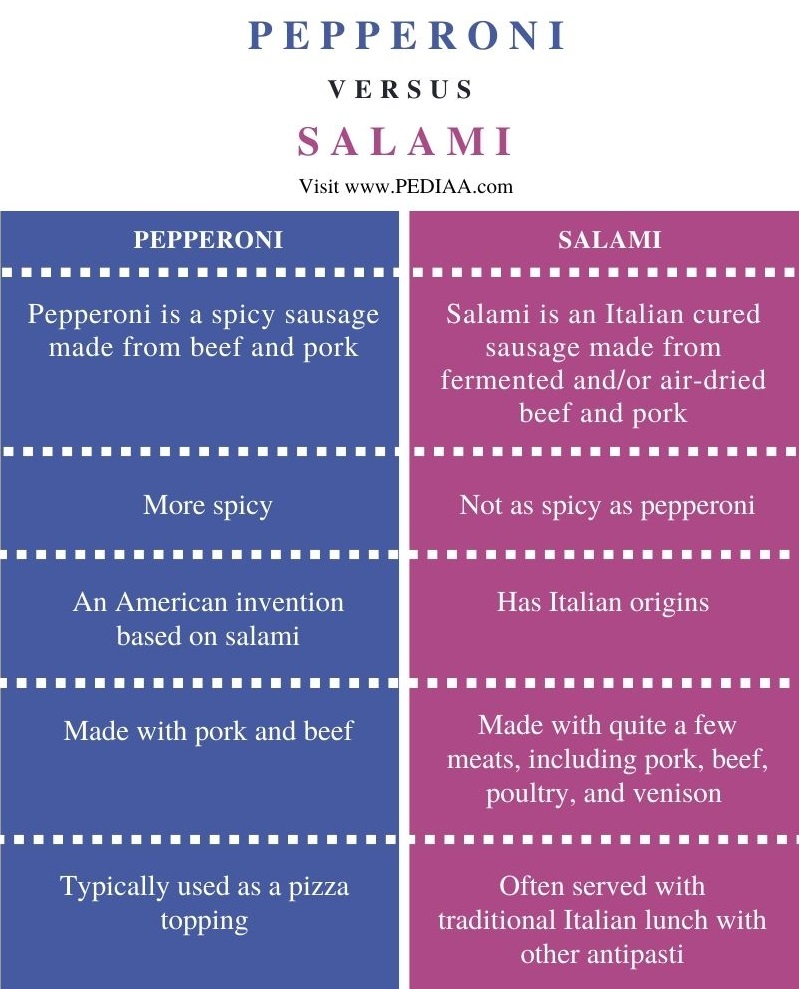 Pepperoni is a spicy sausage made from beef and pork. It is one of the most popular toppings on American pizzas. In addition to its use in pizzas, pepperoni has several uses in cuisine: as a component in cheese boards, an ingredient in quesadillas, pepperoni crisps, topping for baked potatoes (usually minced or grated pepperoni), a component in pasta salads, etc. Moreover, pepperoni is usually available as solid sticks in meat shops and delicatessens. 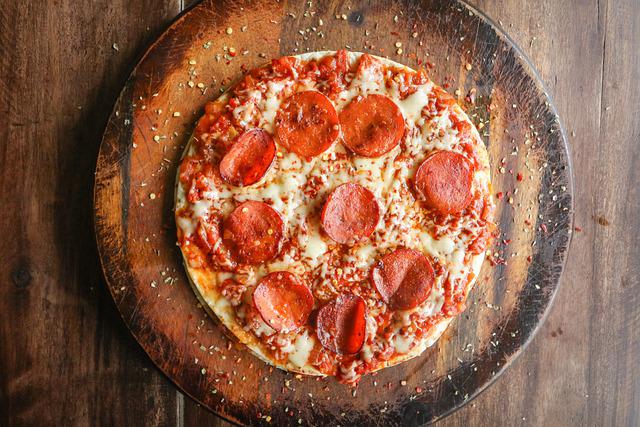 The preparation of pepperoni involves grinding meat and combining it with seasonings like salt, black pepper, sugar, cayenne pepper, and paprika. In fact, the red color and the peppery flavor of pepperoni come from paprika. The next step in the process involves inoculating this meat and spice mixture with a lactobacillus culture, which produces lactic acid, which also gives pepperoni its distinctively tangy flavor. Lactic acid also prevents the growth of harmful bacteria in meat. The next step is stuffing this mixture into sausage casings, hanging them on a smokehouse, and exposing them to warm air, which triggers fermentation. After fermentation, the sausages undergo smoking. However, this whole process can take several days. Once this process is complete, they undergo drying for a few more days.

Salami is a cured sausage made from fermented and/or air-dried meat. It has an Italian origin. Traditional salami uses beef or pork. But nowadays, people also use other types of meat like venison and poultry to make salami. We can use salami on charcuterie boards or in sandwiches and pasta salads (thin salami slices). If you like your salami crispy, you can pan-fry it. 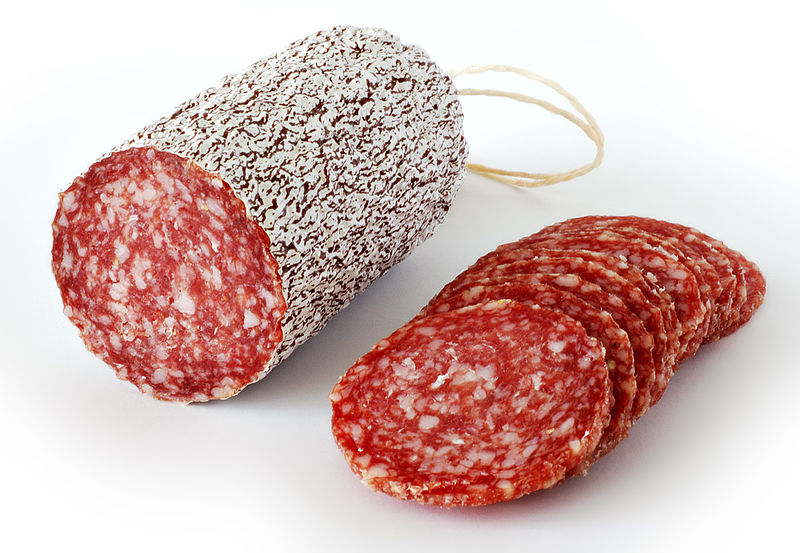 The preparation of salami involves grinding the meat and mixing it with flavorings like spices and herbs, salt, minced fat, and vinegar. The next step involves stuffing this mixture into sausage casings and hanging to dry cure, starting the fermentation process. Salami gets its characteristic taste and chewy texture from the beneficial bacteria present in it. The salt content in salami also removes the extra moisture from the meat. However, this whole process is time-consuming and can take up to months.

Similarities Between Pepperoni and Salami

Difference Between Pepperoni and Salami

Pepperoni tends to be spicier than salami as it includes spices like paprika, chili pepper, and cayenne pepper.

Salami has Italian origins, but pepperoni is an American invention based on salami.

We mainly use pepperoni as a pizza topping, but we often serve salami with traditional Italian lunch, with other antipasti.

In conclusion, the main difference between pepperoni and salami is their flavor. Pepperoni tends to be spicier than salami as it includes spices like paprika, chili pepper, and cayenne pepper. Moreover, salami has Italian origins, while pepperoni is an American invention based on salami.