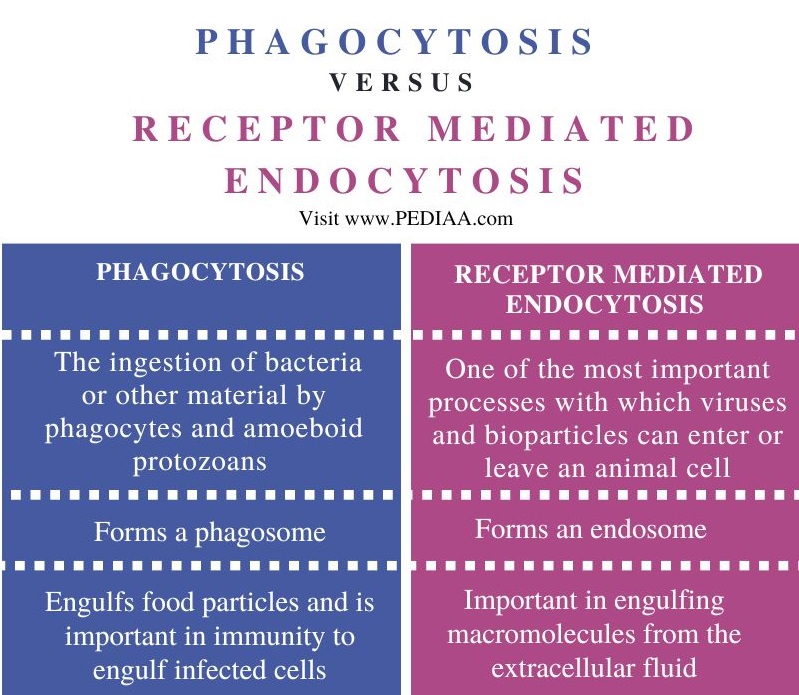 Phagocytosis is the process in cells that use plasma membrane to engulf large particles, which are more than 0.5 μm. During phagocytosis, the cell takes up particles like cell debris, aged cells, small mineral particles, dust, various colloids, and bacteria. The immune system cells like tissue macrophages, neutrophils, and monocytes use phagocytosis to engulf cells. Phagocytic cells also occur in Langerhans cells in the skin, Kupffer cells in the liver, the pigmented epithelium of the eye, and the microglia in the brain. Phagocytosis is important in defense mechanisms that destroy pathogenic material found in the body. It is also a receptor-mediated process. Some of the receptors important in this process are immunoglobulin G, mannose (MR), β-glucan, and complement (CR1, CR3). 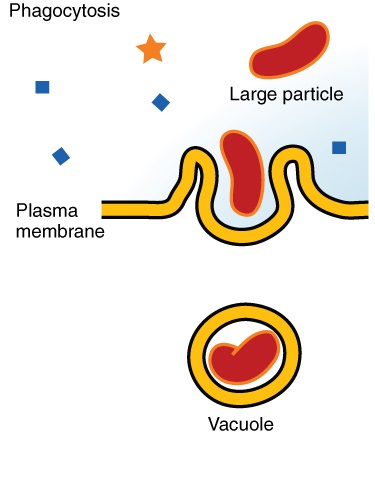 Furthermore, surrounding the particle to be uptaken the phagocytic cells form pseudopodia. Then, the plasma membrane is pinched off into a phagocytic vesicle or a phagosome. Phagosomes are capable of fusing with lysosomes, forming the phagolysosomes. Moreover, the enzymes inside the phagolysosome help to digest the materials inside the phagosome. After digestion, the waste materials eliminate through exocytosis. Phagocytosis is a cell-eating mechanism.

What is Receptor-Mediated Endocytosis

Receptor-mediated endocytosis or clathrin-mediated endocytosis is a process of absorbing metabolites, hormones, proteins, and sometimes viruses by inward budding of the plasma membrane. Therefore, it is important in importing macromolecules from the extracellular fluid. However, the main feature of this process is the receptors strictly mediating the substances the cell absorbs. Some receptors internalize continuously while some receptors undergo internalization by the formation of vesicles after binding them to ligands. 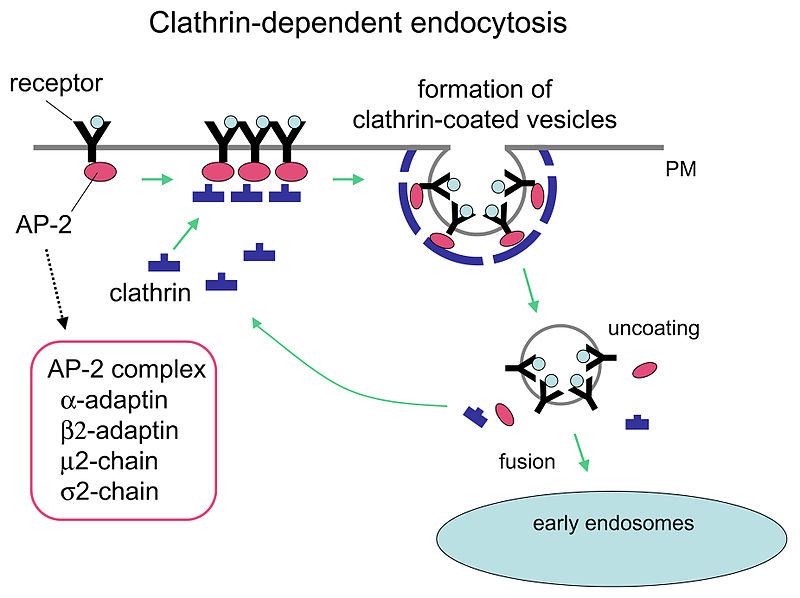 Moreover, in receptor-mediated endocytosis, the receptors slide laterally into coated pits that are invaginated regions of the plasma membrane surrounded by clathrin and pinch off to form clathrin-coated vesicles. Endosome is the immediate destination of these vesicles. Generally, these vesicles bind to a lysosome to recycle.

Similarities Between Phagocytosis and Receptor-Mediated Endocytosis

Difference Between Phagocytosis and Receptor-Mediated Endocytosis

Phagocytosis refers to the ingestion of bacteria or other material by phagocytes and amoeboid protozoans, while receptor-mediated endocytosis refers to one of the most important processes with which viruses and bioparticles can enter or leave an animal cell.

Generally, phagocytosis engulfs food particles and is important in immunity to engulf infected cells. Meanwhile, receptor-mediated endocytosis is important in engulfing macromolecules from the extracellular fluid.

Phagocytosis involves the engulfing of food particles by protozoa and infected cells by immune system cells such as macrophages, while receptor-mediated endocytosis involves engulfing macromolecules through clathrin-mediated vesicles. Therefore, this is the main difference between phagocytosis and receptor-mediated endocytosis. In brief, these are two mechanisms of cells to engulf large particles from the cell surroundings.