Protease and peptidase are two types of proteolytic enzymes that hydrolyze peptide bonds between amino acids. 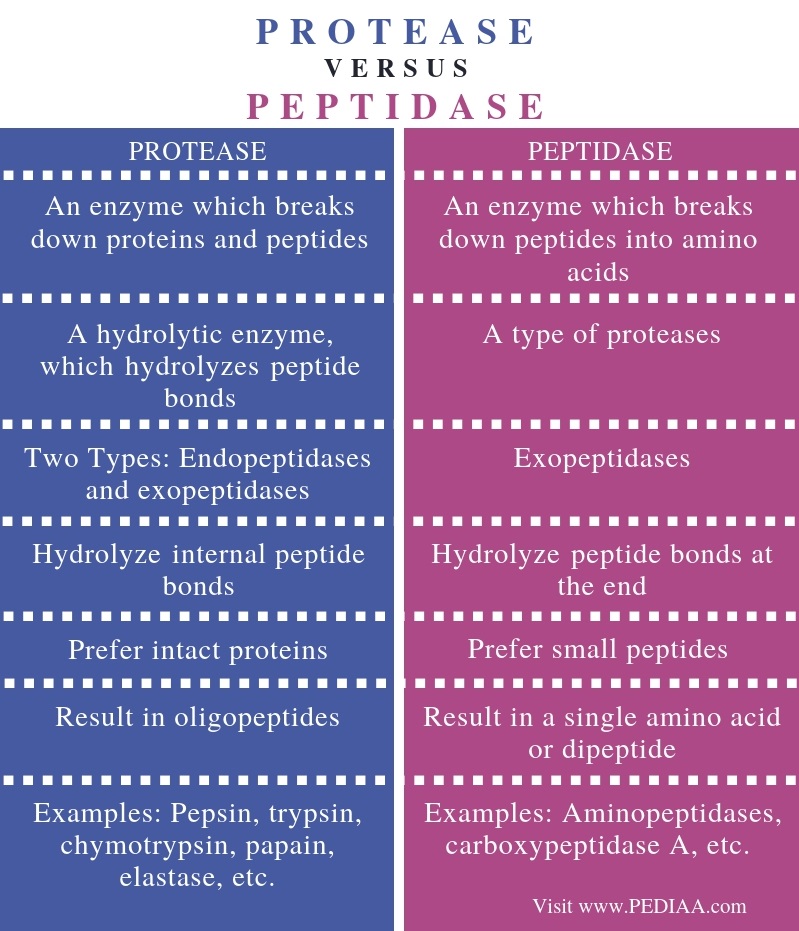 What is a Protease

Protease is an enzyme that hydrolyzes peptide bonds in proteins. Therefore, this enzyme helps in protein catabolism and proteolysis. It is important in digestion and immune system as well. Generally, proteases occur in all types of life forms. 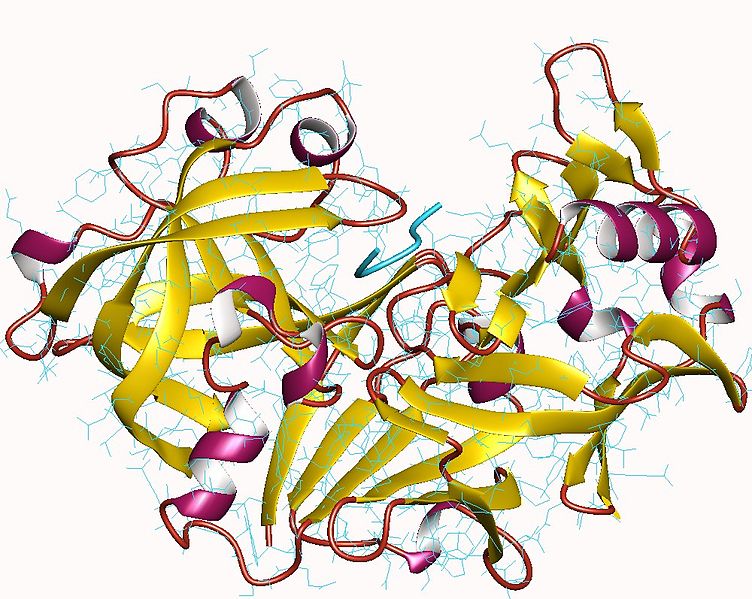 What is a Peptidase

A peptidase is an exopeptidase, a type of protease. Significantly, it hydrolyzes terminal peptide bonds. Therefore, it is an exo-acting bond hydrolase. It also results in a single amino acid or a dipeptide. 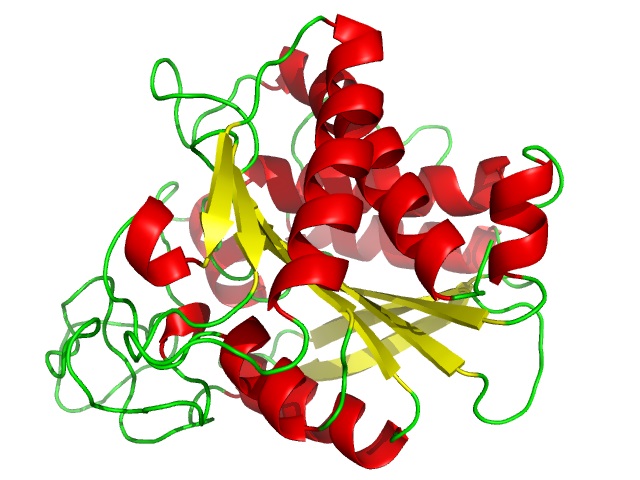 Similarities Between Protease and Peptidase

Difference Between Protease and Peptidase

Protease is a hydrolytic enzyme that hydrolyzes peptide bonds, while peptidases are a type of proteases.