Home » Science » Biology » What is the Difference Between Proteobacteria and Nonproteobacteria 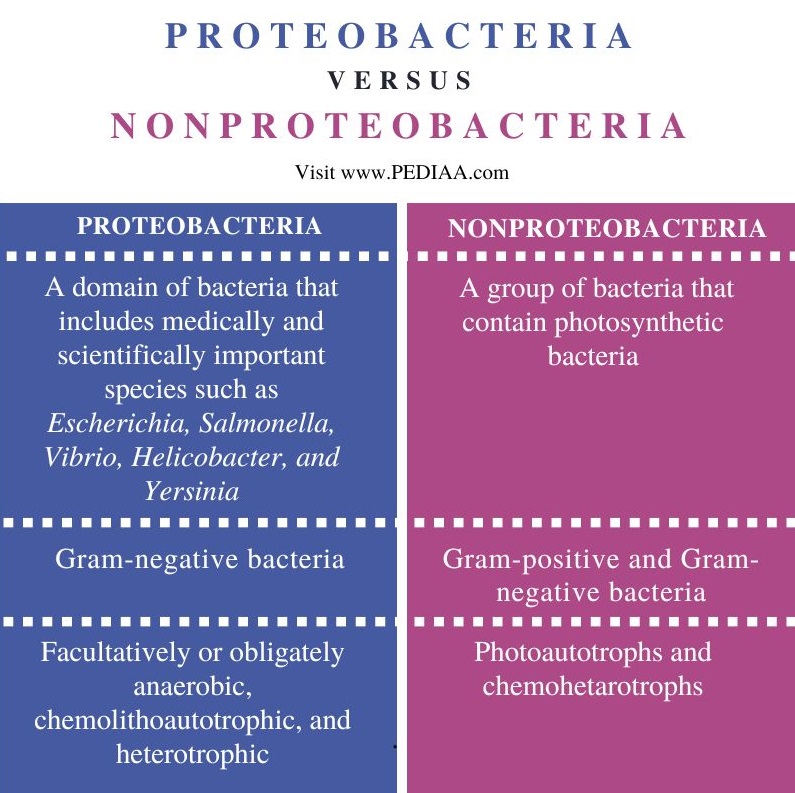 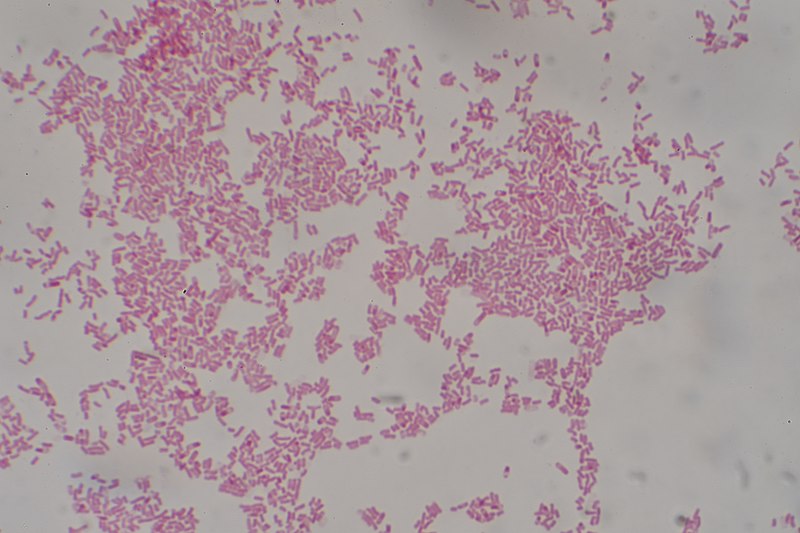 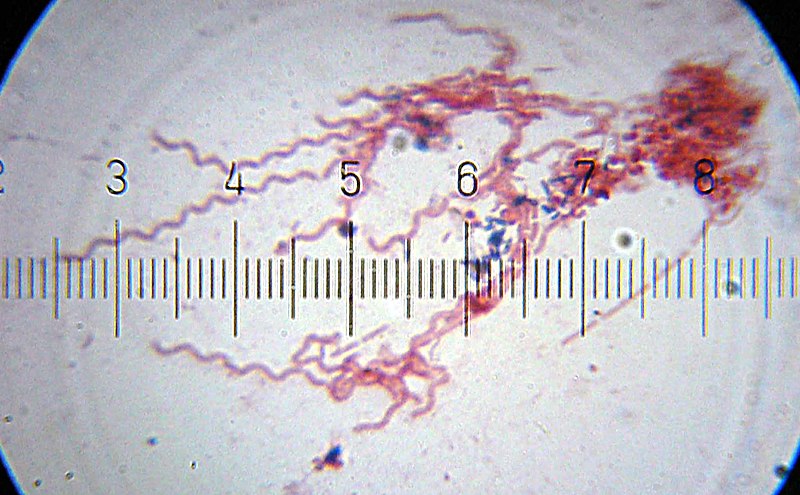 Moreover, spirochetes are typically 250 μm long spiral-shaped bodies. As spirochetes are very thin, they are difficult to identify under a microscope. The axial filament of the spirochetes helps to propel and usually, spirochetes are highly motile. Gram-negative nonproteobacteria are Cytophaga, Fusobacterium, and Bacteroides. Cytophaga is an aquatic bacterium that is motile. Fusobacterium inhabits the mouth of humans. In general, most bacteroides are mutualistic and prevent the colonization of pathogens in the large intestine.

Proteobacteria refers to a domain of bacteria that includes medically and scientifically important species such as Escherichia, Salmonella, Vibrio, Helicobacter, and Yersinia while nonproteobaceria refer to a group of bacteria that contain photosynthetic bacteria.

Proteobacteria are facultatively or obligately anaerobic, chemolithoautotrophic, and heterotrophic, while nonproteobatceria are photoautotrophs and chemohetarotrophs.