We often use the two words reporter and journalist together, but there is a subtle distinction between these two professions. Journalists investigate things, collect information, process them into a news-worthy form and distribute it to the general public. There are many different types of journalists, and they are involved in different stages of this information processing. Reporters are one such type of journalists. 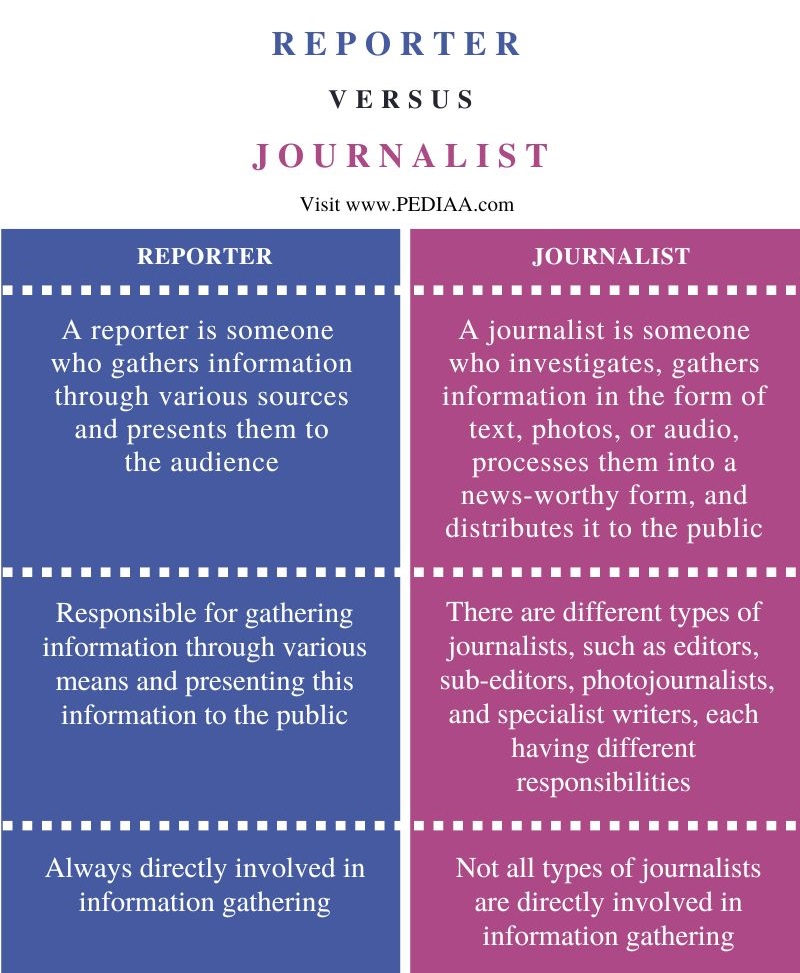 Who is a Reporter 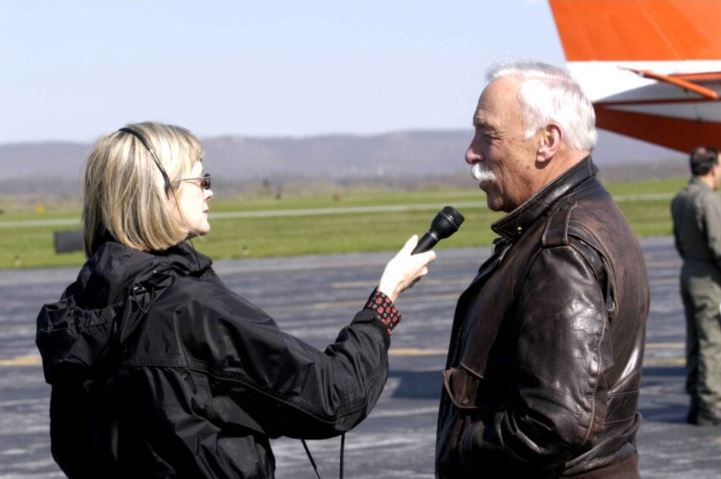 General reporters cover all types of news, while some reporters specialize in certain fields like politics or sports. That’s why there is a special category of reporters, such as political reporters and sports reporters. Some reporters also work for large organizations like newspapers and television channels, while some prefer to do freelance work.

Who is a Journalist

A journalist is someone who investigates and gathers information in the form of text, photos, or audio, processes them into a news-worthy form, and distributes it to the public. A journalist can present this information through various media, including magazines, newspapers, television, radio, and the internet. The general public usually relies on journalists to present news in an informative and objective manner. 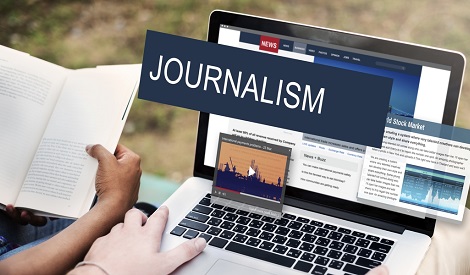 Editors – They make the final decision on the content of the publication. Therefore, they are the ones responsible for all the content and all the journalists.

Sub-editors – They are the ones that edit the story written by reporters and make sure it’s ready for publication. Sub-editors are not directly responsible for information gathering. Their job is to focus on how to best present the story to the general public.

Specialist writers – They produce personal commentary columns or reviews of films, art, or performances. They are usually employed because of their ability to write well and knowledge about certain subjects.

Difference Between Reporter and Journalist

Moreover, reporters are responsible for gathering information through various means and presenting this information to the public. However, there are different types of journalists, such as editors, sub-editors, photojournalists, and specialist writers. Each of these roles has different responsibilities.

1. “What Does a Journalist Do?” Career Explorer.