SARMs or selective androgen receptor modulators and peptides are two agents, which can be used to increase muscle and bone mass. 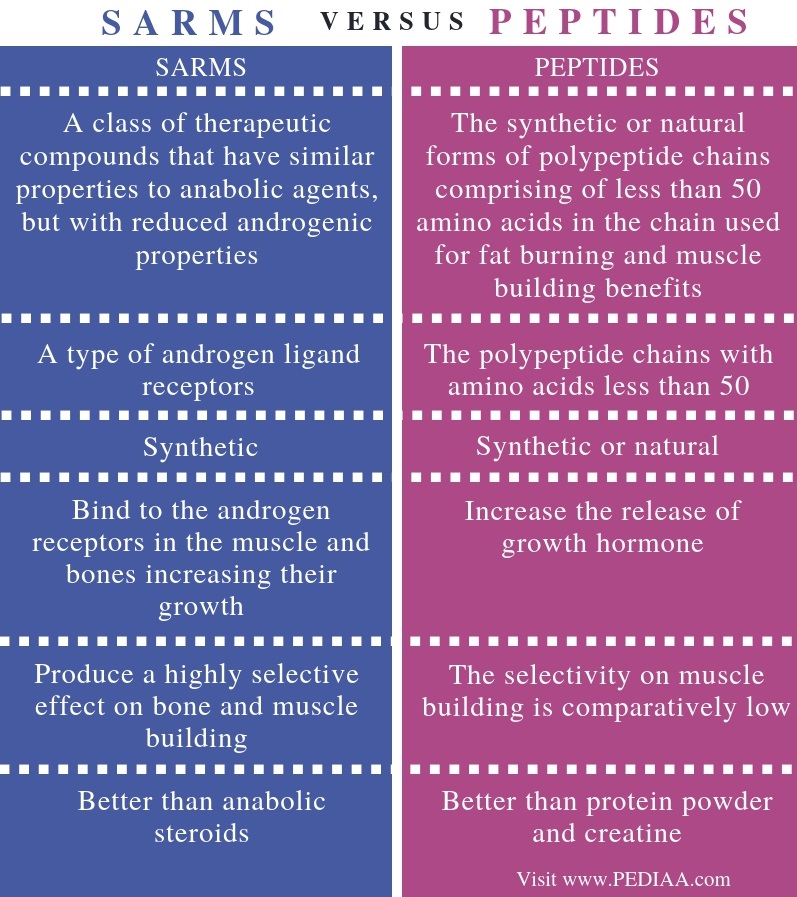 SARMs are a type of androgen receptor ligands which selectively bind to the androgen receptors. They were first developed for bone regeneration. However, it showed effects on muscle building and fat burning by serving as a fast acting performance enhancer. Therefore, SARMs became a good anabolic steroid replacement. A reason for this is because they do not show signs of liver damage when taken orally. Also, SARMs can generate an effect similar to testosterone but, with fewer side effects as shown by testosterone. However, the structure of SARMs differs from the structure of testosterone. 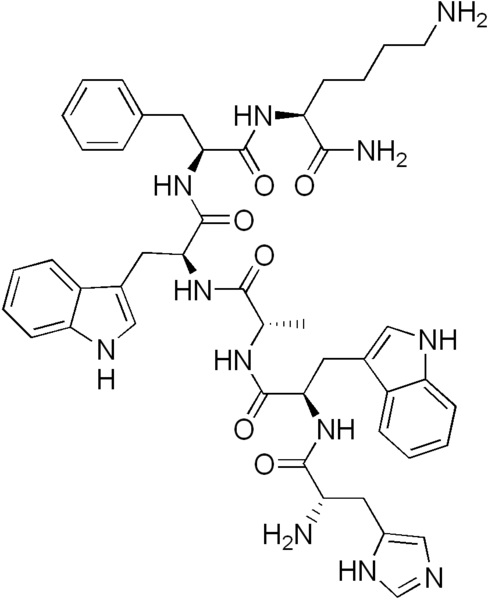 Furthermore, peptides have no direct anabolic effect. They are used as GH secretagogues and are responsible for increasing the secretion of growth hormone. Also, there are two main forms of peptides: synthetic forms of GHRH (growth hormone releasing hormone) and GHRP (growth hormone releasing peptides). Additionally, some synthetic GHRH related side effects are impaired glucose tolerance/elevated blood sugar, water retention, joint pain, carpal tunnel syndrome, numbness, and tingling in the extremities. On the other hand, some GHRP related side effects are sleepiness, hunger, increased GI motility, etc. Some other types of peptides used are the HGH Fragment 176-191, MGF (mechano growth factor), and Myostatin.

Similarities Between SARMs and Peptides

Difference Between SARMs and Peptides

SARMs refer to a class of therapeutic compounds that have similar properties to anabolic agents, but with reduced androgenic properties, while peptides refer to the synthetic or natural forms of polypeptide chains comprising of less than 50 amino acids in the chain, used for fat burning and muscle building benefits. Thus, this is the main difference between SARMs and peptides.

Moreover, SARMs are a type of androgen ligand receptors while peptides are the polypeptide chains with amino acids less than 50.

Also, another difference between SARMs and peptides is that SARMs are synthetic while peptides can be either synthetic or natural.

Importantly, SARMs bind to the androgen receptors in the muscle and bones, increasing their growth, while peptides increase the release of growth hormone. Thus, this is the functional difference between SARMs and peptides.

SARMs are a type of ligands which selectively bind to the androgen receptors in bone and muscles. They are a good alternative to anabolic steroids. Whereas, peptides are polypeptides with less than 50 amino acids in a chain. They get absorbed easily and increase the secretion of growth hormone in the body. Generally, peptides are a good alternative to protein powders and creatine. Therefore, both SARMs and peptides can be used to increase bone and muscle mass. However, the main difference between SARMs and peptides is their method of action and selectivity.