Home » Science » Biology » What is the Difference Between Serotonin and Endorphins

Serotonin and endorphins are two substances produced by the body to make a person happy. Both of them, along with dopamine and oxytocin, are happy hormones. 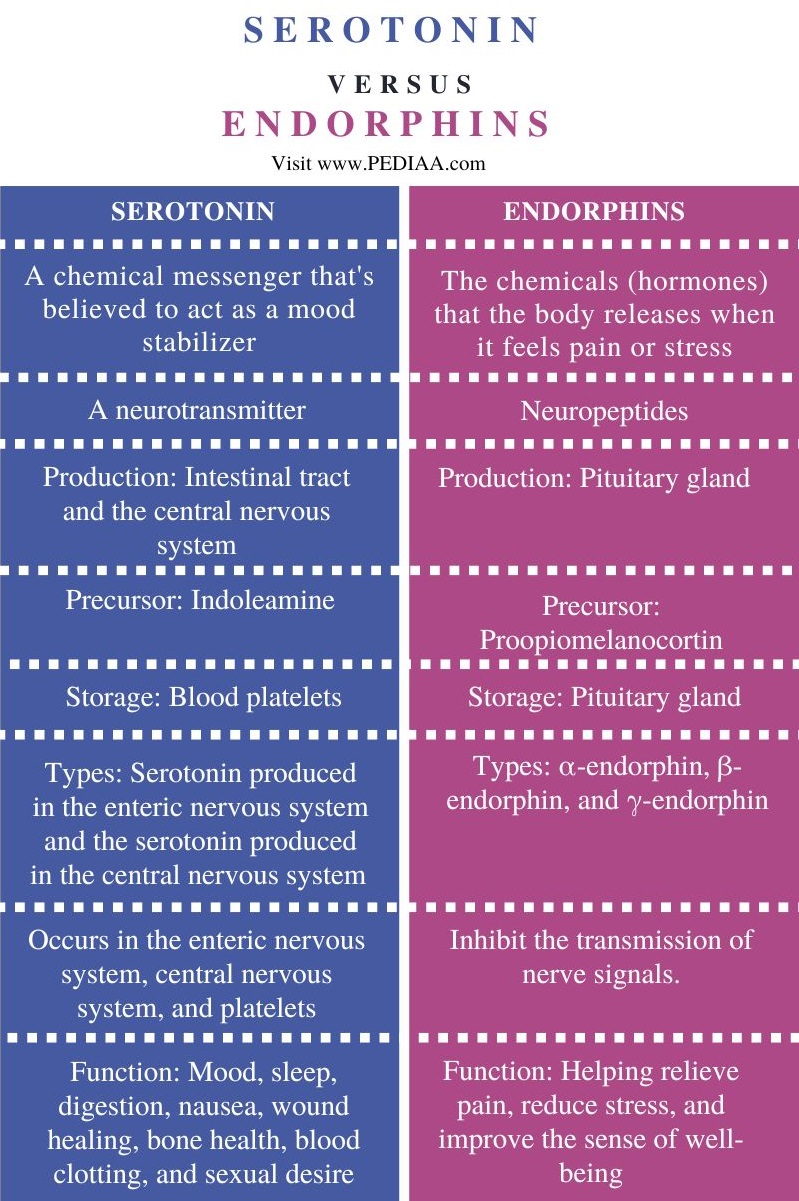 Serotonin or 5-hydroxytryptamine (5-HT) is a monoamine neurotransmitter with a complex biological function in modulating mood. It also has a function in sleep, digestion, nausea, wound healing, bone health, blood clotting, and sexual desire. In addition, serotonin can also act as a hormone. Serotonin mostly occurs in the enteric nervous system of the gastrointestinal tract. It occurs in the raphe nuclei located in the brainstem, Merkel cells in the skin, pulmonary neuroendocrine cells as well as taste receptor cells in the tongue. Blood platelets also store serotonin. 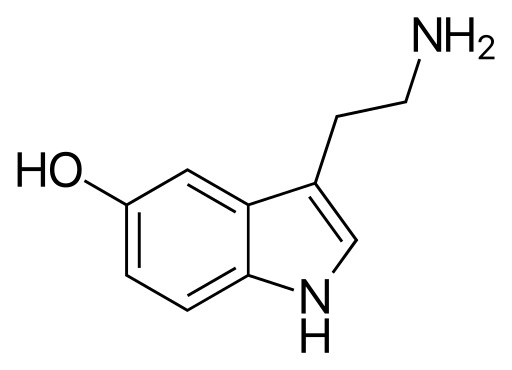 The main function of serotonin is to regulate mood. Generally, it is the body’s natural “feel good” chemical. Serotonin causes one to feel more focused, happier, emotionally stable, and calmer at normal levels. However, low levels of serotonin are associated with depression. Many medications that treat anxiety and depression increase the serotonin levels in the brain.

Similarities Between Serotonin and Endorphins

Difference Between Serotonin and Endorphins

Serotonin refers to a chemical messenger that’s believed to act as a mood stabilizer while endorphins refer to the chemicals (hormones) that the body releases when it feels pain or stress.

Serotonin is a neurotransmitter while endorphins are neuropeptides.

The production of serotonin occurs in the intestinal tract and the central nervous system while the production and storage of endorphins occur in the pituitary gland.

The precursor to serotonin is indoleamine while the precursor of endorphins is proopiomelanocortin.

The functions of serotonin include mood, sleep, digestion, nausea, wound healing, bone health, blood clotting, and sexual desire while the functions of endorphins include helping relieve pain, reduce stress, and improve the sense of well-being.

In brief, serotonin and endorphins are two types of hormones in the body that are called happy hormones. 90% of serotonin occurs in the enteric nervous system and the rest occurs in the central nervous system and platelets. Generally, serotonin is a neurotransmitter that can act as a hormone. The main function of serotonin is to stabilize mood, sleep, digestion, and nausea. It also helps in wound healing, bone health, blood clotting, and sexual desire. In contrast, endorphins are neuropeptides that are the hormones produced in the pituitary gland. There are three types of endorphins: α-endorphin, β-endorphin, and γ-endorphin. The main function of endorphins is to help relieve pain, reduce stress, and improve well-being. Therefore, the main difference between serotonin and endorphins is their structure and function.