Stamen and carpel are two reproductive structures in the flower. Moreover, the stamen produces the pollen grain while carpel produces the ovule, which involves in fertilization to produce the seed. 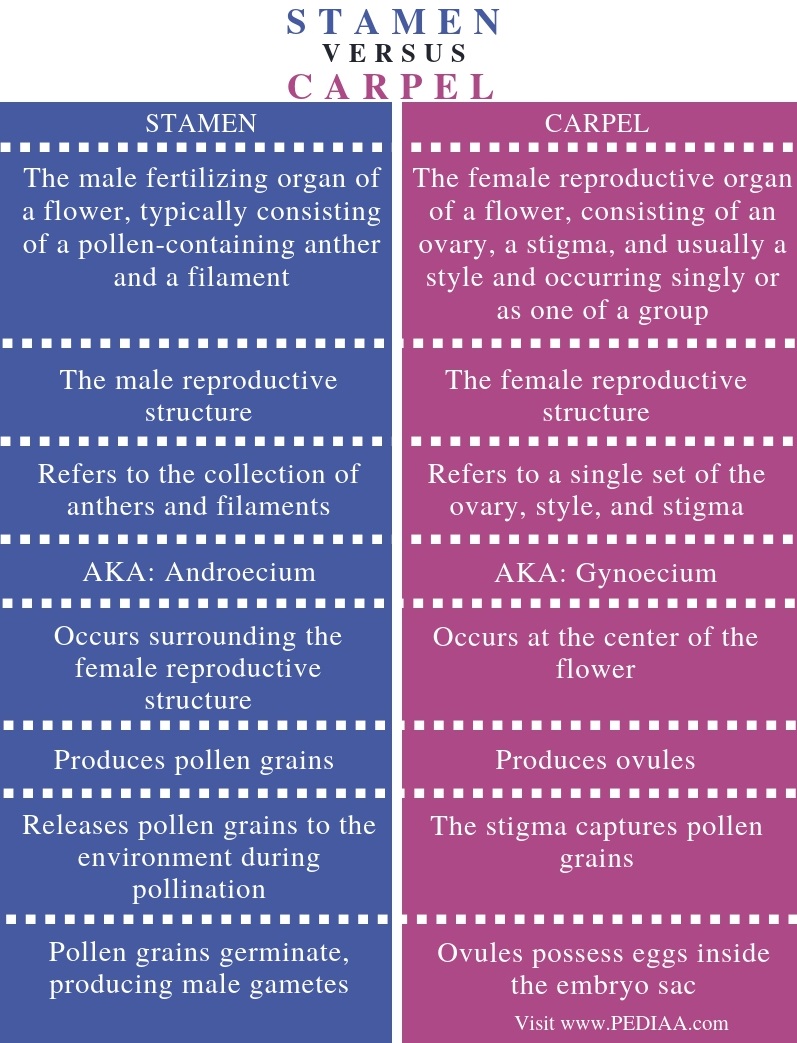 The stamen is the male reproductive structure of the flower. Also, androecium is another name for the stamen. The two structural components of a stamen are the anthers and filaments. Here, anthers bear pollen sacs, which produce pollen grains. On the other hand, filaments hold anthers away from the flower, facilitating the dispersal of pollen grains as required by the type of pollination used by the plant. The number of anthers with filaments per flower depends on the species. In general, flowers have 5-6 of them in a ring, surrounding the female reproductive structures. 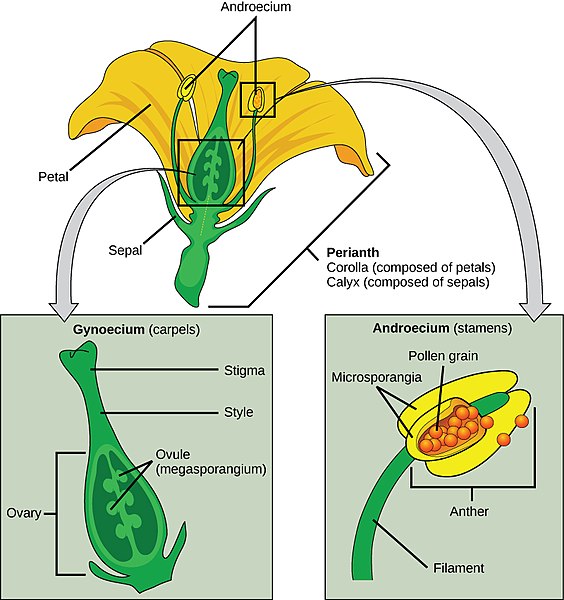 Furthermore, each anther consists of four pollen sacs, occurring inside the two lobes of the anther. Inside the pollen sacs, the microsporangia or thecae occur. Also, microsporocytes are the cells that undergo meiosis and then, mitosis to produce microspores, which develop into pollen grains. These pollen grains disperse during pollination, and when captured by the stigma, they germinate to produce three cells: one tube cell and two male gametes.

What is the Carpel

A carpel is a unit of female reproductive structures, consisting of an ovary, stigma, and style. Generally, carpels are megasporophylls, which are modified leaves, bearing ovules. These ovules occur as an expanded basal portion of the carpel known as the ovary. The three structural parts of the ovule are the integument, outer layer, nucellus, remnant of megasporangium, and the female gametophyte formed from a haploid megaspore. Whereas, style is the pillar-like stalk through which the pollen tubes grow to the ovary. In fact, it connects the stigma to the ovary. Moreover, style is responsible for holding the stigma outwards the flower, facilitating the pollen grain capture. On the other hand, stigma is the most distal structure of the carpel, and it is responsible for capturing the pollen grains. For this purpose, the surface of the stigma is sticky or feathery. 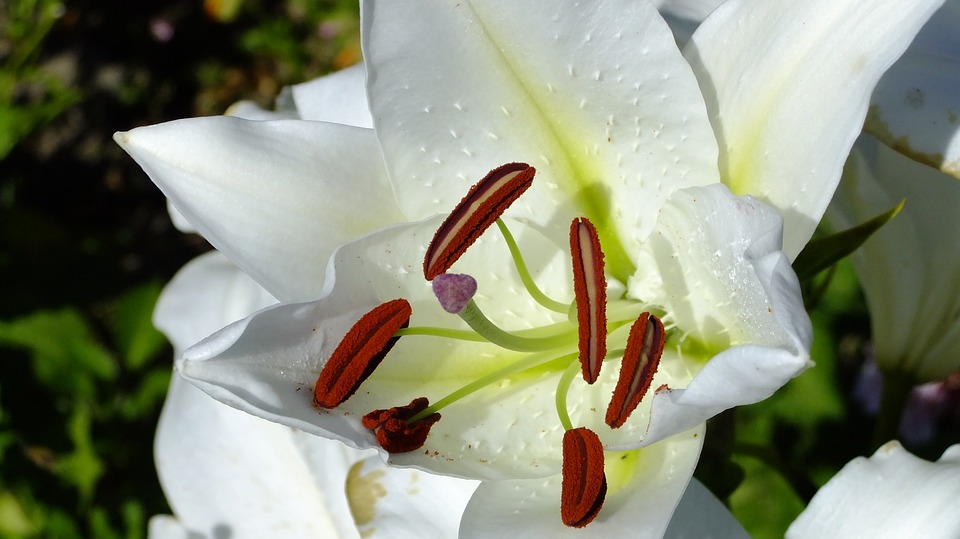 Figure 2: Stamen and Pistil of Lily

However, pistil refers to the female reproductive structure of the flower, also known as the gynoecium. Therefore, it may consist of one or several carpels. When the three carpels are completely separated from each other, they are considered as three distinct pistils. Still, some of the many carpels contain a compound ovary. Then, they are considered as a compound pistil.

Similarities Between Stamen and Carpel

Difference Between Stamen and Carpel

Importantly, stamen refers to the collection of anthers and filaments, while carpel refers to a single set of the ovary, style, and stigma.

The stamen is also known as the androecium while carpel belongs to the gynoecium.

Besides, another important difference between stamen and carpel is that the stamen occurs surrounding the female reproductive structure while the carpel occurs at the center of the flower.

Consequently, the stamen releases pollen grains to the environment during pollination, while the stigma of the carpel captures pollen grains. Hence, this is also an important difference between stamen and carpel.