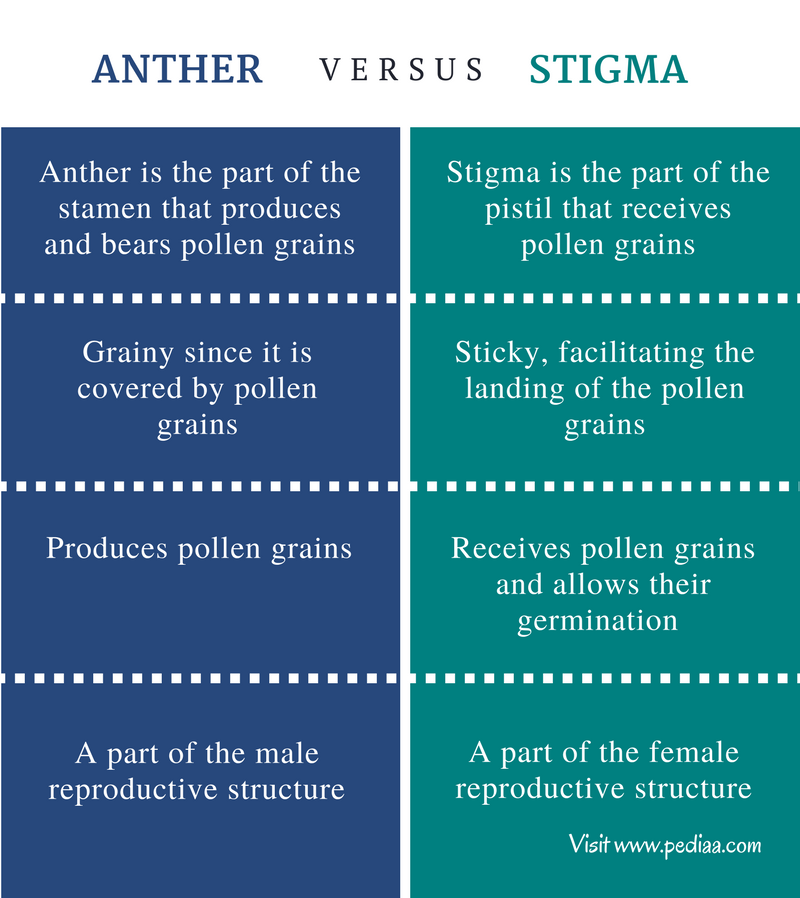 What is an Anther

An anther is a part of the stamen, which produces and bears pollen grains. The stamens are the individual parts of the androecium or the male reproductive part of the flower. The stamens are raised in the middle of a flower. Five to six stamens can be found in a flower as a circular ring.  The anther is held by a filament. The filament is attached to the petal or thalamus of the flower. The nature of the stamen depends on the type of pollination used by the flower. Plants that use self-pollination comprise filaments that are bent towards the stigma. Some filaments keep the anthers away from the stigma of the flower to inhibit self-pollination while facilitating cross-pollination. Lily stamens with white filaments and red anthers are shown in figure 01. 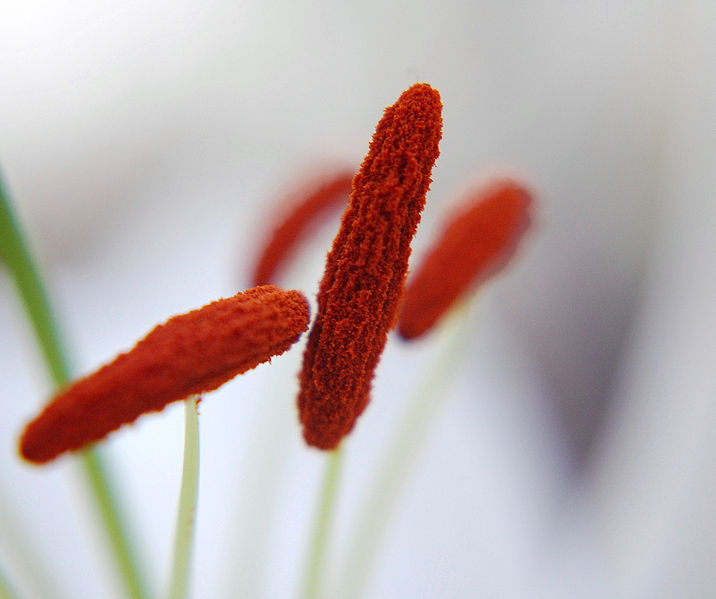 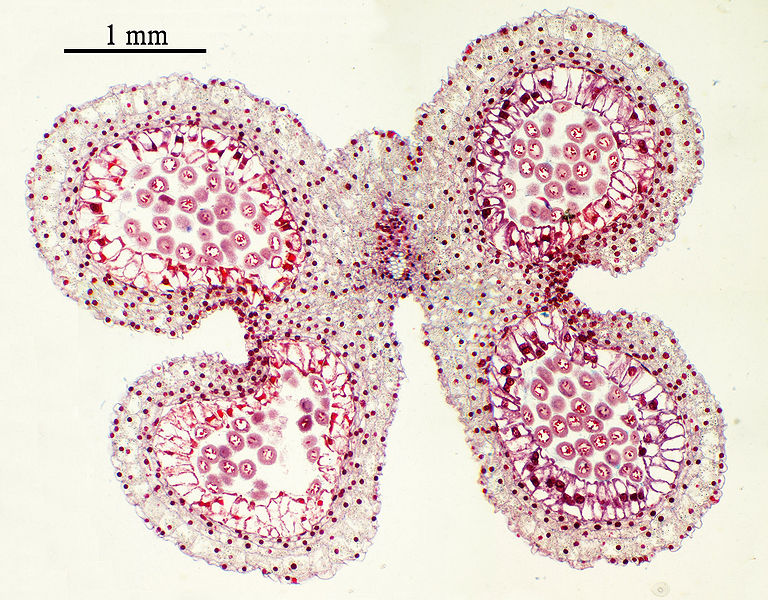 Figure 02: Cross section of an Anther

What is a Stigma 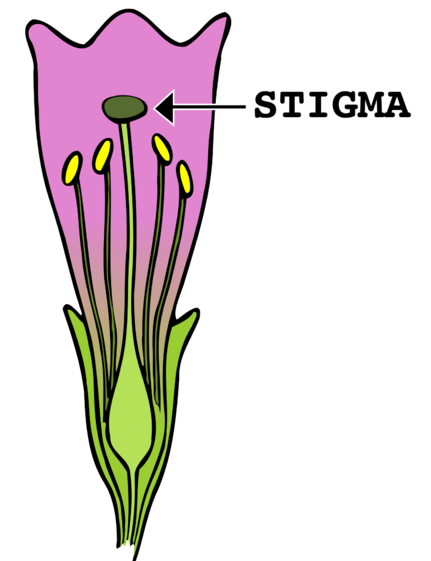 Similarities Between Anther and Stigma

Difference Between Anther and Stigma

Anther: Anther is the part of the stamen that produces and bears pollen grains.

Stigma: Stigma is the part of the pistil that receives pollen grains.

Anther: The anther is grainy since it is covered by pollen grains.

Stigma: The stigma is sticky, facilitating the landing of the pollen grains.

Anther: Pollen grains are produced inside the anther.

Anther: Anther is a part of the male reproductive structure.

Stigma: Stigma is a part of the female reproductive structure.