The main difference between stamen and pistil is that the stamen (also called androecium) is the male reproductive organ of a flower whereas the pistil (also called gynoecium) is the female reproductive organ. Furthermore, stamen is made up of an anther held by a filament while the pistil is made up of stigma, style, and an ovary.

Stamen and pistil are the two opposite reproductive organs in the flower of angiosperms. They produce corresponding types of gametes, aid in fertilization, and the development of seeds. 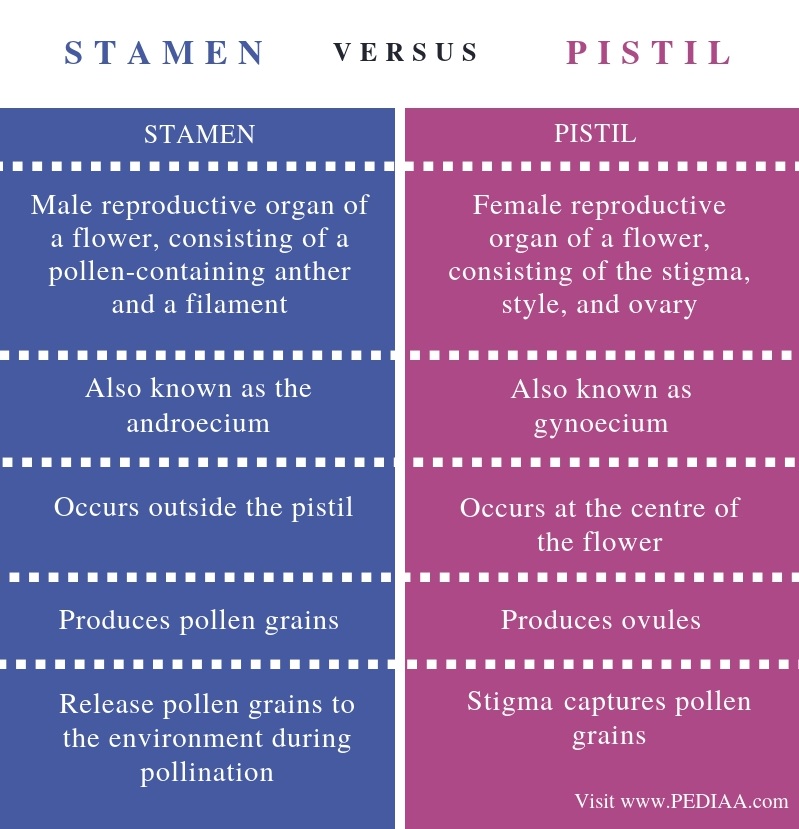 The stamen is the male reproductive organs of the flower. It is also known as the androecium. The two structural components of a stamen are the anther, which bears pollen sacs, and the filament, which holds the anther away from the flower. The number of stamens per flower depends on the species. In general, flowers have 5-6 stamens in a ring. 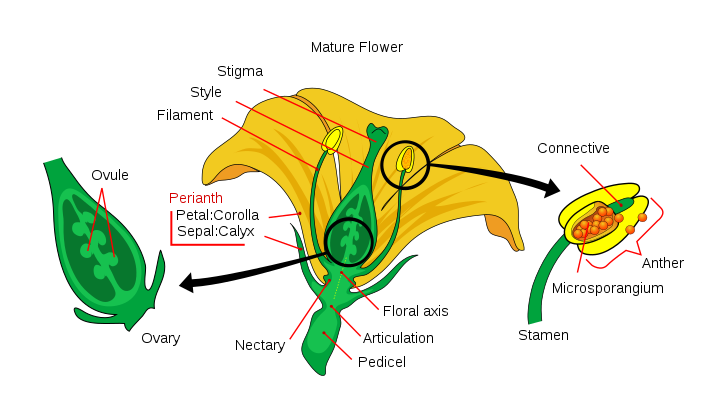 The pistil is the female reproductive organ of the flower, which is also known as the gynoecium. The three components of the pistil are stigma, style, and ovary. Stigma is the most distal structure, which aids in capturing the pollen grains. The surface of the stigma is sticky and feathery. The style connects the stigma to the ovary and the pollen tube runs through the style to the ovary. The ovary is the enlarged part at the base of the ovule. It contains one or more ovules in which the eggs are embedded inside the embryo sac. 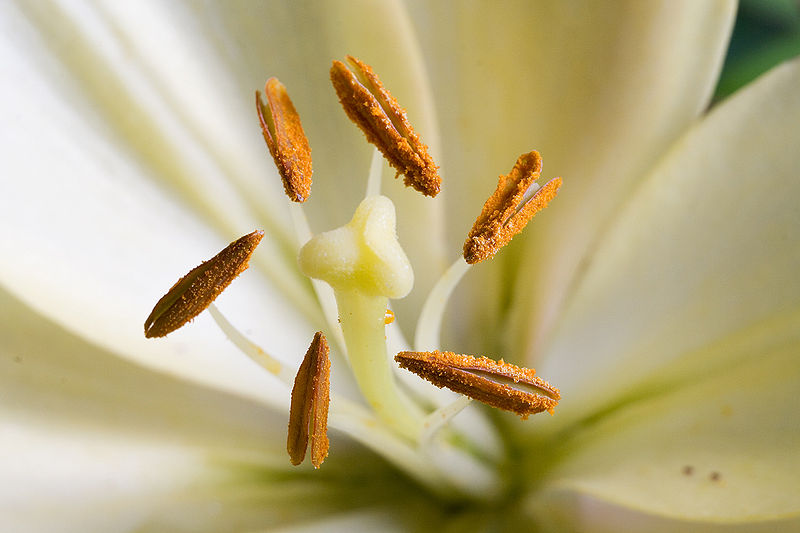 Figure 1: Stamens and Pistil of Lilium

Similarities Between Stamen and Pistil

Difference Between Stamen and Pistil

Another difference between stamen and pistil is that while stamen occurs outside the pistil, pistil occurs at the centre of the flower.

Moreover, stamens release pollen grains to the environment during pollination while stigma of the pistil captures pollen grains.

Stamen is the male reproductive organ of the flower, which produces pollen grains while pistil is the female reproductive organ, which produces ovules. The two parts of the stamen are anther and filament while the three parts of the pistil are stigma, style, and ovary. The main difference between stamen and pistil is the type of gametes they produce.

1. “Plant Morpholgy.” The Parts of a Flower, AMNH, Available Here