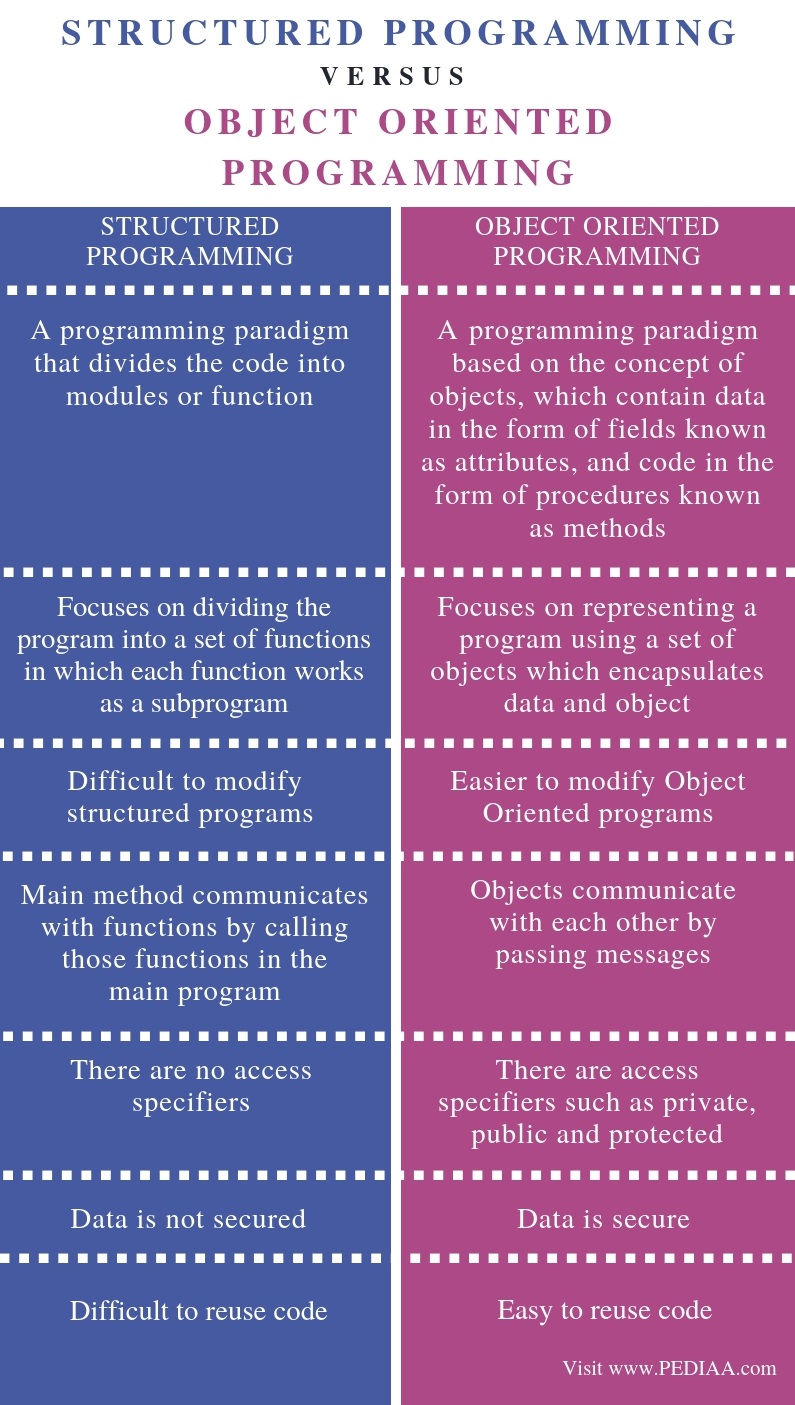 What is Structured Programming

Structured Programming divides a program into a set of functions or modules. Modular programming is another name for this. These functions have statements embraced inside curly braces. Each of these functions performs a subtask. Usually, as each function represents a specific functionality, it is easier for the programmer to test and debug the code, but this can differ depending on the program. C language and Pascal are two common structured programming languages.

What is Object Oriented Programming?

Object oriented programming allows the programmer to represent real-world scenarios using objects. An object is any entity that has states and behaviours. States represent the attributes or data of an object, whereas the methods represent the behaviours of objects. Student, Employee, Book etc. are objects. These objects interact with other objects by passing messages. Furthermore, a class is a blueprint for creating an object. It is necessary to have a class to create objects. For example, to create an Employee object, there should be an Employee class. 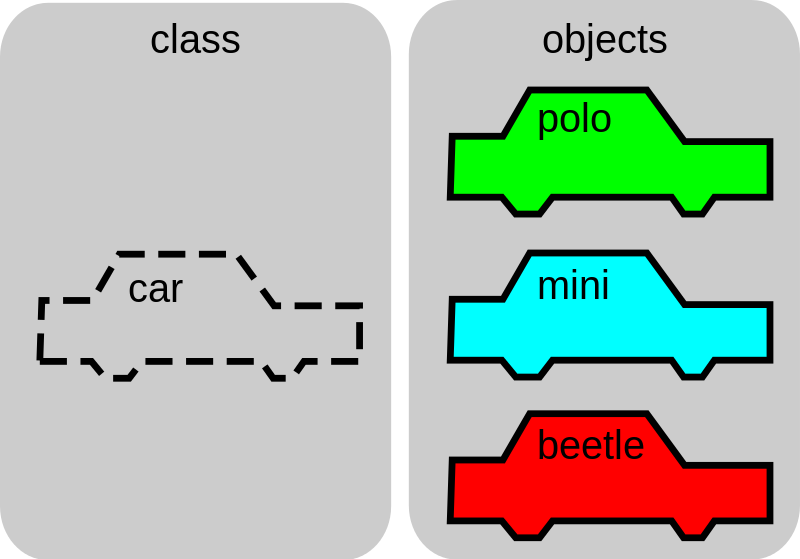 In addition to classes and objects, there are four major pillars in OOP. They are as follows.

Encapsulation – Binds or combines properties and methods into a single unit

Polymorphism – Allows an object to perform in multiple ways – Overloading and overriding are two ways of achieving polymorphism.

Abstraction – Hides the internal details and displays only the functionalities to the user – Moreover, abstract classes and interfaces help to achieve abstraction.