The main difference between syncytium and coenocytic is that syncytium is a result of a cellular aggregation followed by dissolution of the cell membranes whereas coenocytic is the situation of a multinucleated cell that results from multiple nuclear divisions.

Syncytium and coenocytic are two types of multinucleated cells formed in different situations. Significantly, both contain multiple nuclei in a single cell. 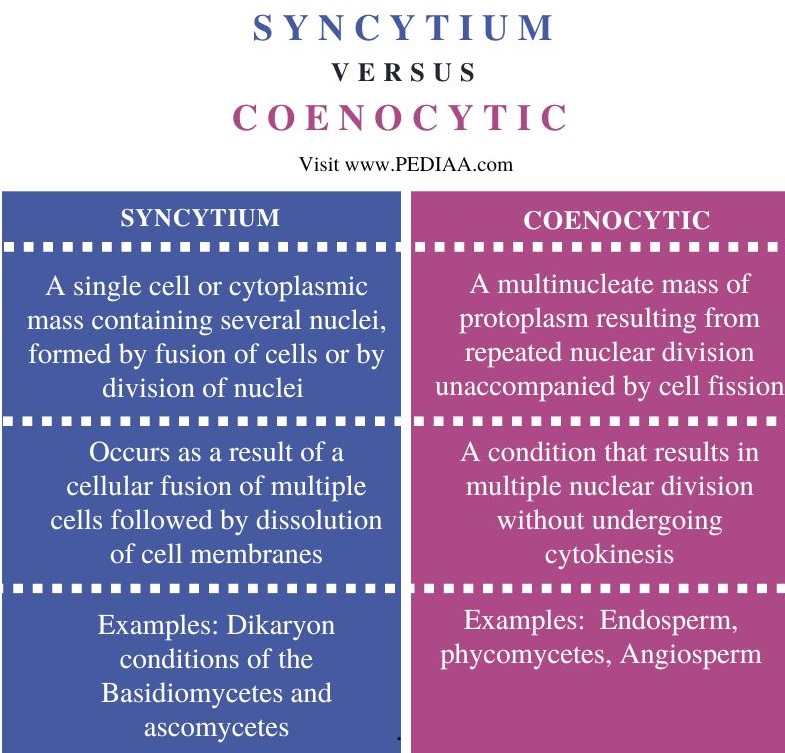 Syncytium is the condition of multiple nuclei formed by the fusion of multiple uninuclear cells. This fusion of cells undergoes the dissolution of cell membranes inside the mass. In general, cells are unicellular and they are the building blocks of all living things. Moreover, some examples of syncytium include the dikaryon stage of Basidiomycetes, Ascomycetes, and osteoclasts. 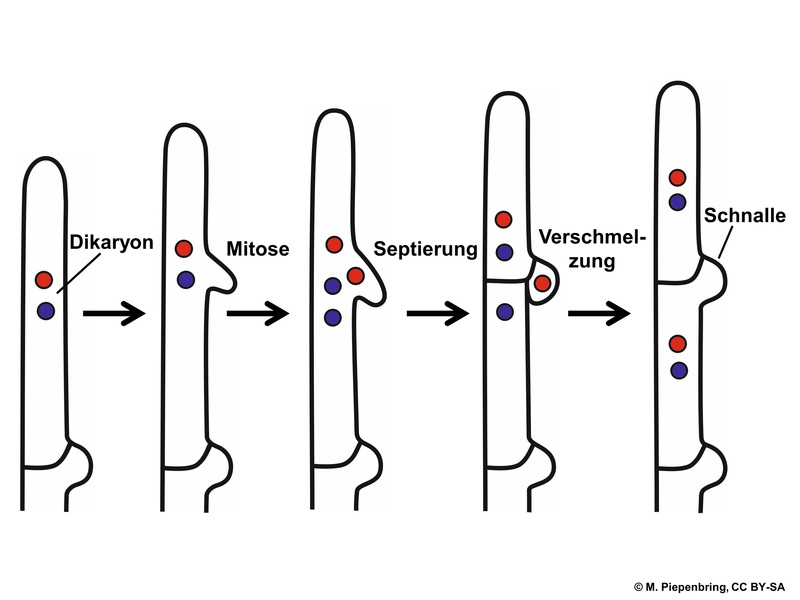 Furthermore, animal skeletal muscles are a common example of the syncytium. Cells interconnected by specialized membranes with gap junctions seen in the heart muscle and some smooth muscles are other examples of the syncytium. Usually, in muscle cells, myogenesis results in multinucleated cells. These nuclei are myonuclei and these nuclei occur inside the cell membrane.

Coenocytic is the condition of having multiple nuclei in the cell. In general, the coenocytic condition is due to undergoing multiple nuclear divisions in the uninuclear cell without undergoing cytokinesis or division of the cytoplasm. Some examples of coenocytes are endosperm, phycomycetes, and angiosperm tapetum. The number of nuclei in the cell in coenocyte are the multiples of two such as 4 and eight.

Similarities Between Syncytium and Coenocytic

Difference Between Syncytium and Coenocytic

Syncytium refers to a single cell or cytoplasmic mass containing several nuclei, formed by the fusion of cells or by division of nuclei, while coenocytic refers to a multinucleate mass of protoplasm resulting from repeated nuclear division unaccompanied by cell fission.

Usually, syncytium occurs as a result of a cellular fusion of multiple cells followed by the dissolution of cell membranes while coenocytic refers to a condition that results in multiple nuclear divisions without undergoing cytokinesis.