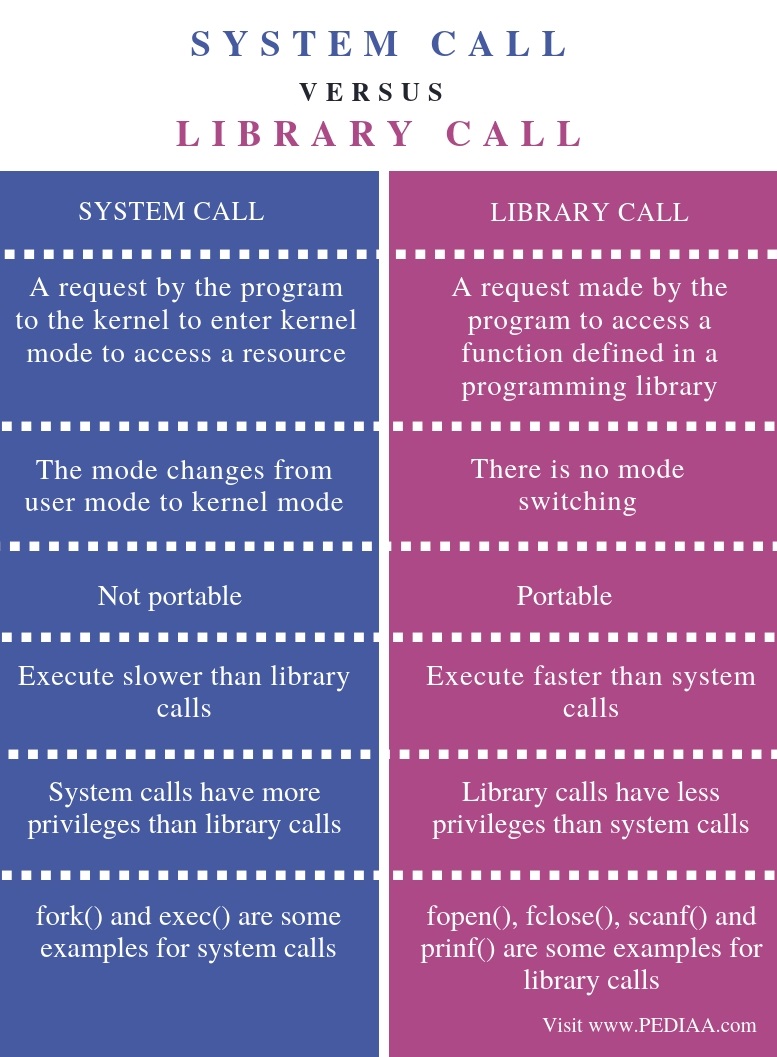 What is System Call 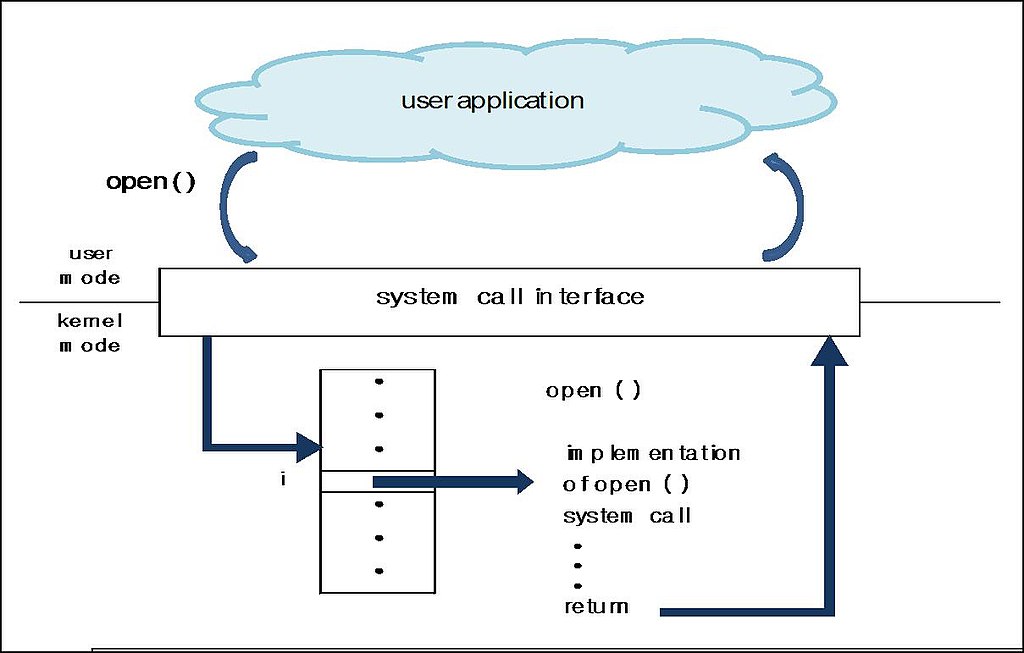 Two important system calls in a UNIX system are as follows:

fork() – This system call is used to create a new process while preserving the existing process. When a specific process makes a fork() call, it creates a copy of a process. Therefore, there are two processes. One is the parent process while the created new process is the child process.

What is Library Call

Library call is a request to use a function provided by a programming library. When the programmer uses a specific library call, he must first import the relevant library. In C programming, the programmer can invoke library functions by including the header files in his program. The preprocessor directives (#include) helps to include header files.

In system calls, the mode changes from user mode to kernel mode whereas, in library calls, there is no mode switching. Hence, this is an important difference between System Call and Library Call.

Moreover, system calls are not portable while library calls are portable.