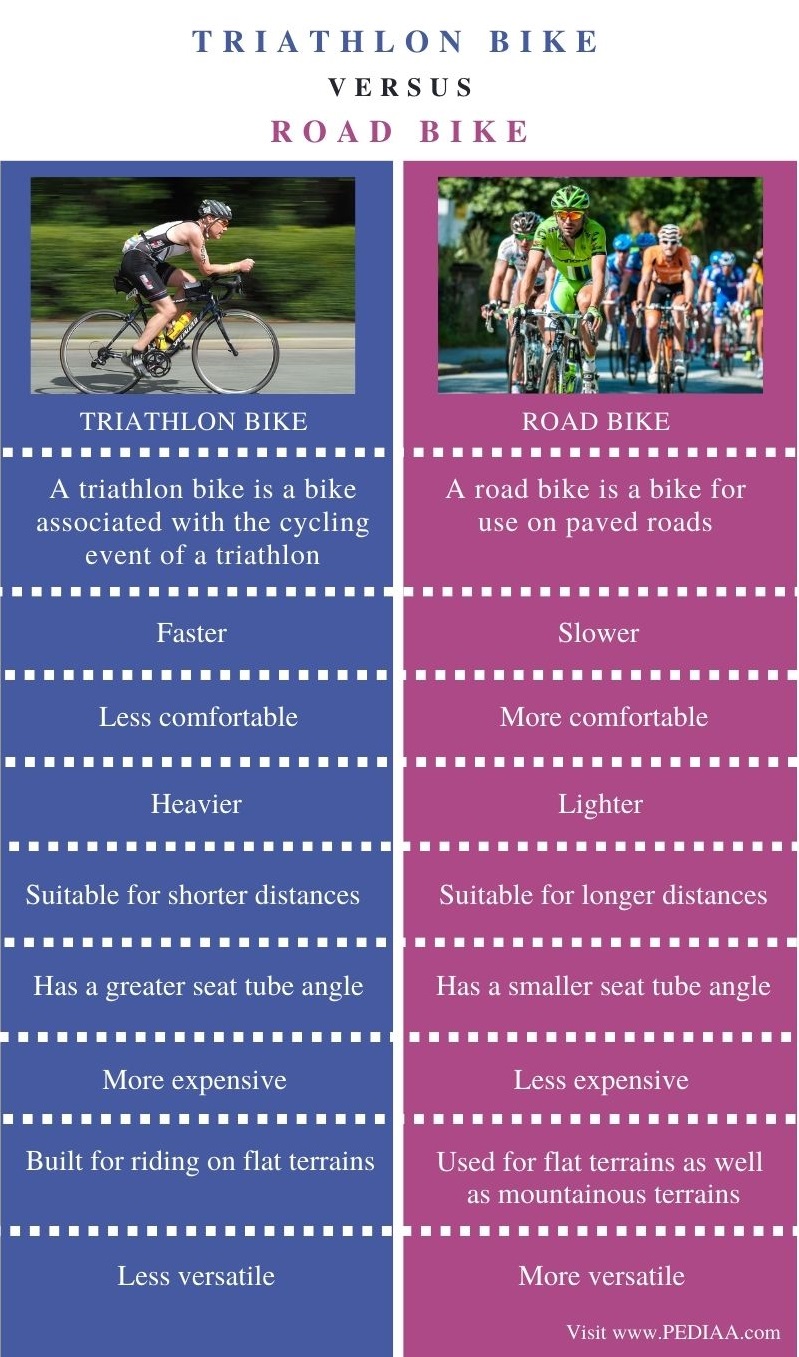 What is a Triathlon Bike

As its name suggests, a triathlon bike is a bike associated with the cycling event of a triathlon. These bikes are specially designed for shorter distances. These are built for riding in flat terrains, so they may not be a good choice for mountainous regions. 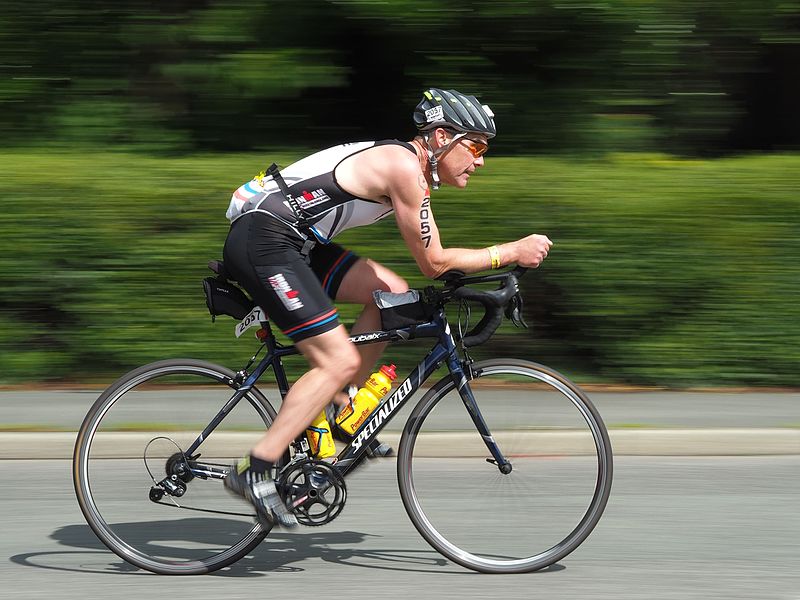 When compared to a road bike, a triathlon bike has a greater seat tube angle (76 to 78 degrees). This angle can create a much more “aero” position. Moreover, this design creates a more aggressive riding position. The bullhorn-style bars also allow the rider to rest elbows on the handlebar and lower the head and body into an aerodynamic position. Overall, the design of the bike facilitates an easy transition from cycling to running.

What is a Road Bike 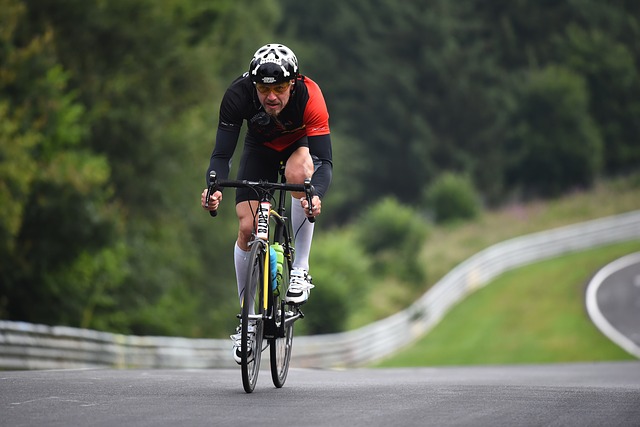 When considering the design of road bikes, their frames are usually carbon or aluminium. Moreover, forks of expensive road bikes are made from carbon while less expensive versions use a mixture of carbon and aluminium or only steel or aluminium. In addition to that, these bikes have a short seat post, flat top-tube, and a lighter frame. Also, they have lighter rims and fewer spokes in comparison to mountain bikes. Their tires are narrow, high-pressure, and smooth, which decreases rolling resistance. Another notable feature of road bikes is bent handlebars. This allows the rider position to lean forward and downward, reducing the air resistance.

In addition, triathlon bikes are not as comfortable as road bikes.

A triathlon bike has a greater seat tube angle (76 to 78 degrees) than road bike (usually 72 degrees).

Triathlon bikes are built for riding on flat terrains while road bikes can be used for flat terrains as well as mountainous terrains.

Furthermore, triathlon bikes are not as versatile as road bikes.

Loveridge, Matthew. “What Is a Road Bike? The Basics Explained.” BikeRadar, 1 May 2020, Available here.