In brief, uniport, symport, and antiport are the three types of integral membrane proteins, which participate in moving molecules across the cell membrane. Specifically, they take part in active transport in which molecules move against the concentration gradient by using energy. 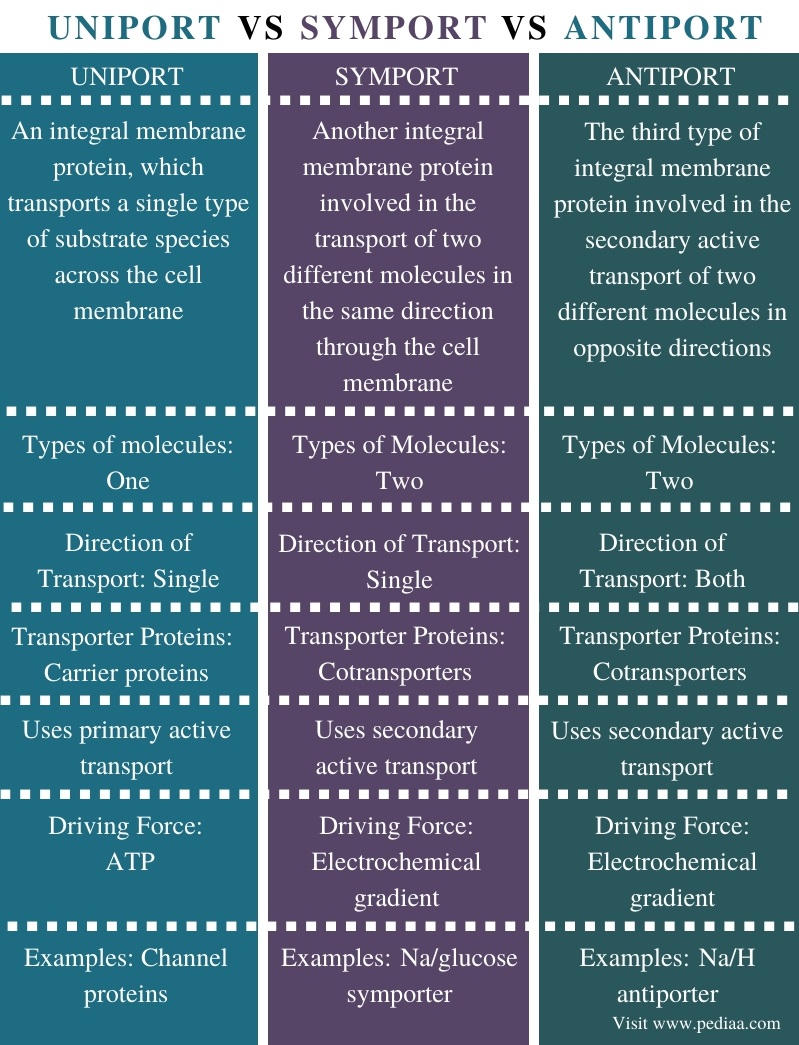 What is Active Transport

In comparison, secondary active transport relies on the electrochemical gradient of the ions on either side of the plasma membrane to transport molecules. Therefore, it uses the energy released by transporting one type of molecules through its concentration gradient to transport another type of molecule against the concentration gradient. Hence, transmembrane proteins involved in secondary active transport are cotransporters. Importantly, one of the main characteristic features of cotransporters is the transport of two types of molecules simultaneously through the membrane protein. Basically, the two types of cotransporters are symports and antiports.

What is a Uniport

Uniport is the type of integral membrane protein, transporting a single type of substrate across the cell membrane by using primary active transport mechanisms. In addition to the active transport, uniport can operate through facilitated diffusion as well, while transporting the substrate along a diffusion gradient. Usually, a uniport works by binding to one molecule of the substrate at a time while the opening of the channels may occur in response to a stimulus and allow the free flow of specific molecules. Importantly, uniports participate in biological processes such as transmitting action potentials in neurons. 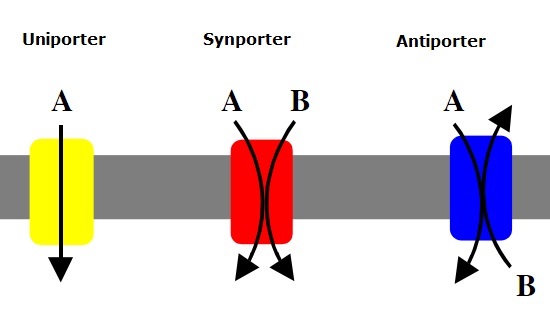 Symport is one of the two types of cotransporters, which use secondary active transport mechanisms. However, the direction of the transportation of two different types of substrates is the same. Also, as it uses secondary active transport mechanisms, symports use the electrochemical gradient to transport molecules. For example, SGLT1 in the intestinal epithelium is a symport. It transports sodium ions and glucose across the luminal membrane of the epithelial cells in order to be absorbed into the bloodstream. In addition to that, Na+/K+/2Cl− symporter in the loop of Henle is another example of symport.

What is an Antiport

Antiport is the second type of cotransporter, which uses secondary active transport mechanisms. In contrast to symport, antiport transports the two different molecules in opposite directions. For example, N general, Na/H antiporter, Na/Ca exchanger, etc. are antiports. Of these, many cells use Na/Ca exchanger removes cytoplasmic calcium by exchanging one calcium ion for three sodium ions. 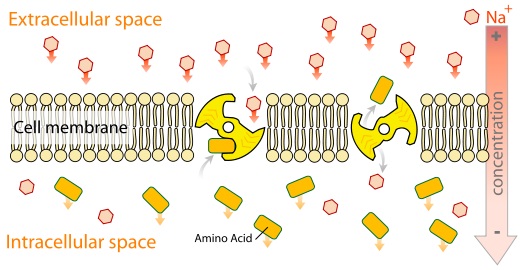 Similarities Between Uniport Symport and Antiport

Difference Between Uniport Symport and Antiport

Types of Molecules to be Transported

The Direction of the Movement

Uniport uses energy from ATP for the transport of molecules, while both symports and antiports rely upon the electrochemical potential difference.