Home » Countries » India » What is the Health System in India

The pyramid of the public health system in India

At the top of the pyramid of the public health system is the All India Institutes of Medical Sciences (AIIMS). Below these are the regional cancer centers that are jointly run by the central and the respective state governments. The public health system in India is mainly administered through state run government medical colleges. Below this level, there are the district hospitals that are also controlled and run by the state governments. At the base of the pyramid are the community health centers and the primary health centers.

The number of doctors in India is dismally low

According to an estimate, the ratio of doctors to the people in India is 1:1500. This is far below the ratio in developed countries. The facilities and the infrastructure of the public health system are of poor quality with most people preferring to be treated at private hospitals and by private doctors. It is only the very poor people of the population who go to public hospitals as they cannot afford the high fees of private doctors. Government hospitals are overcrowded, and there are only basic facilities available for the people. These hospitals are understaffed, and family members are seen attending to their patients in these hospitals. It is true that the cost of hospitalization is far less in public hospitals as compared to private hospitals. Nevertheless, people prefer to be admitted in private hospitals because they have better infrastructure and care facilities. 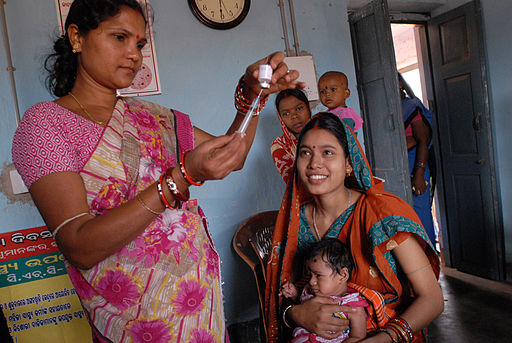 There are an equal number or practitioners in alternate therapies

In addition to nearly ten lakh allopathic doctors in government hospitals, private hospitals, and nursing homes, there are more than 7.5 lakh AYUSH doctors in India., These doctors provide treatment through alternate therapies that include Ayurveda, Yoga, Unani, Siddha, and Homeopathy. Most of these doctors operate in rural parts of the country. There are 355 medical colleges registered under the Medical Council of India. Out of these, nearly half are in the private sector. These colleges produce around 40000 doctors annually.

If you are ill, you can easily consult a medical practitioner either by going to a government hospital or by paying the fee and consulting a private practitioner at his clinic. You can get medicines prescribed by your doctor from chemist shops that are in abundance all over the country.