DNA serves as the genetic material of most organisms. Generally, DNA is a double-stranded molecule that contains two antiparallel DNA strands held together by hydrogen bonds. During cell division, the complete DNA in the genome should be replicated, doubling the amount of DNA in the parent cell. DNA replication occurs in a semi-conservative manner where one of the DNA strands in the newly synthesized double-stranded DNA is an original strand. Hence, both strands should serve as a template in DNA replication. DNA polymerase is the enzyme responsible for DNA replication. It only synthesizes DNA in the 5’ to 3’ direction. However, since the double-stranded DNA is antiparallel, DNA synthesis should occur in both directions. Therefore, Okazaki fragments are formed during the synthesis of lagging template strand. 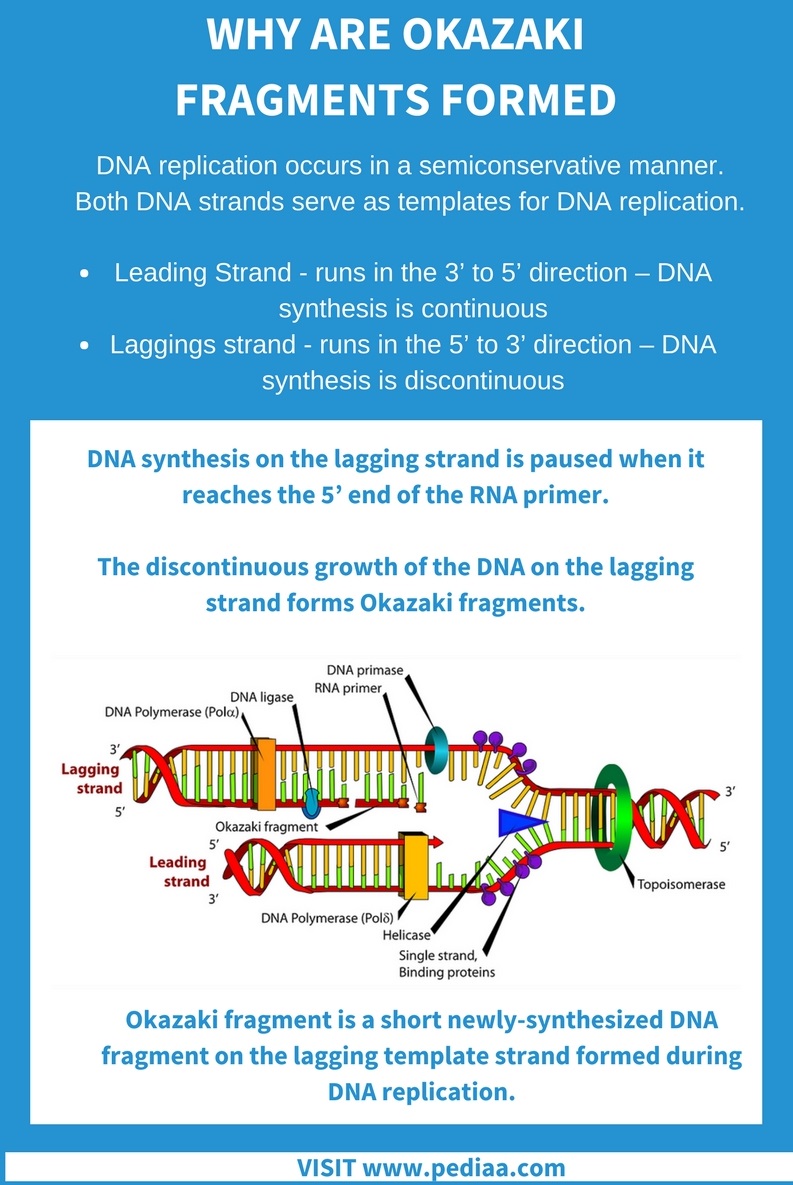 What is an Okazaki Fragment

Okazaki fragments are ligated together by the action of DNA ligase after the removal of RNA primers, forming a continuous DNA strand.

Why are Okazaki Fragments Formed 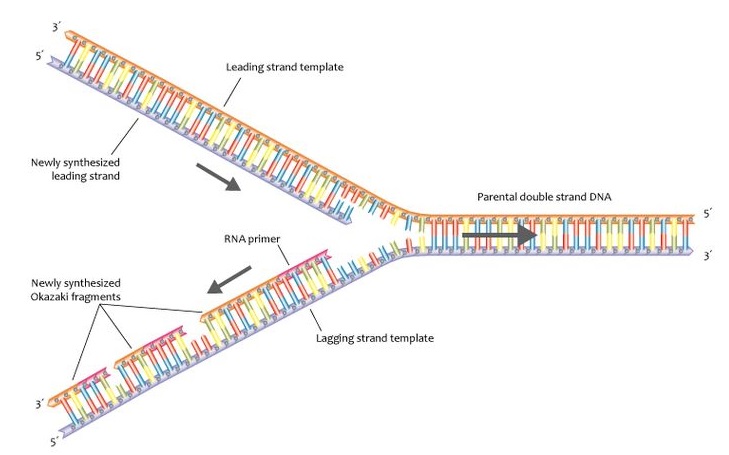 Generally, DNA polymerase adds nucleotides in the 5’ to 3’ direction. Since the leading strand runs in the 3’ to 5’ direction, the enzyme can continuously add nucleotides to the growing strand on the leading strand. However, since the lagging strand runs in the 5’ to 3’ direction, the chain growth of the newly-synthesizing DNA strand is paused when it reaches the 5’ end of the strand. Then the synthesis of another DNA strand begins at the replication fork. The replication fork is the position on the DNA double-strand where the unwinding begins. Unwinding is critical in the synthesis of new DNA strands on the original strands. Once the replication fork moves forward on the DNA double-strand, DNA polymerase can add nucleotides onto the lagging strand. However, the synthesis is paused when it reaches 5’ end of the RNA primer of the already-synthesized DNA stretch. Hence, the DNA synthesis at the lagging strand is discontinuous and the resultant DNA stretches are known as Okazaki fragments.